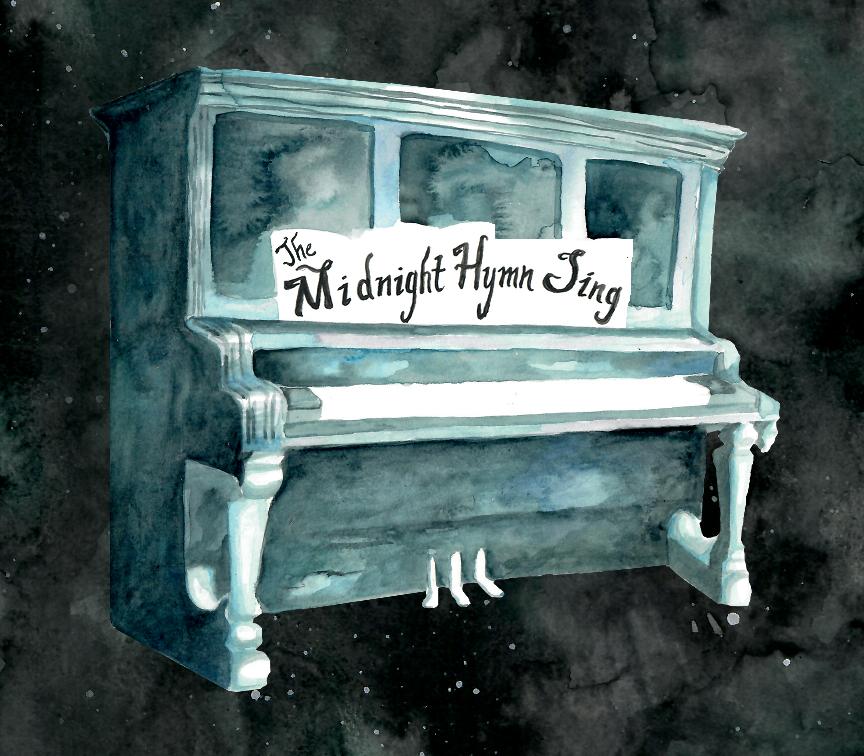 Addie Liechty and Shannon Koehler have two very different musical vibes, but it’s happened more than once that the two musicians have been invited to collaborate on an offertory or special music session at their home congregation, First Mennonite Church of San Francisco.

“I have this folksy, classically trained voice, and he’s this rocker, so every time we get together, the first thing in my head is, ‘This isn’t going to be good,’ and somehow we always come up with

something that works really well,” says Liechty. “Shannon’s really fun for me to work with; he pulls me out of my comfort zone in some ways, and maybe I temper him.”

So, in 2016, the two professional musicians [Koehler is a member of the indie rock band The Stone Foxes, and Liechty is part of the group Addie and the Subtracks], decided to be more intentional about their collaboration and to pool their efforts to produce an album featuring fresh takes on traditional hymns and African-American spirituals. The result? The Midnight Hymn Sing album, released on Nov. 21, is an eclectic collection of spirituals and hymns that is being sold to help benefit Mennonite Central Committee’s response to the Syrian refugee crisis.

Koehler says the idea was spurred by his love of hymns and his sadness that as a kid attending camp or youth events, he often didn’t get to sing hymns. Rather, he says, worship leaders typically steered toward “popular” worship songs they assumed youth liked best.

“The hymns just felt stronger,” says Koehler. “The lyrics were meaningful and the melodies were stronger.”

And he wanted to find ways to make them accessible to people who hadn’t necessarily grown up with four-part harmonies or to youth who are just beginning to experiment with making music.

“Being a blues, rock and folk guy, I love the hymns that feel like one person could sing them and it would be great,” he says. “Reading hymns as written on the page can be something that holds younger people back from wanting to sing this stuff. You might think, I need to have a great piano player and know all the parts and all the harmonies, but maybe you can just sit down with some friends and really sing these songs and enjoy them and let them flow out of you. I wanted to do that.”

Koehler pitched the idea to Liechty, and she was onboard quickly. They started out by meeting at a downtown San Francisco studio and paging through every song in Hymnal: A Worship Book (sometimes known simply as “the blue hymnal” in Mennonite Church USA congregations). They tried to select hymns with strong melodies and the possibilities for adding new harmonies. In addition, they read the words of each hymn carefully and, in some cases, decided to make changes to traditional lyrics.

“I love hymns,” says Liechty. “They feel like home to me, which I know is not true for everybody in the Mennonite church, but for me they are so ingrained in my psyche from singing them as a little girl and being part of a big singing family. I don’t always like the words, but the tunes are really ingrained and beautiful. I wanted to do a new take and kind of refresh them and bring them into a different place of consciousness. I still don’t like all the words we sang in the hymns, but I think we can wrestle with them when we hear them in a new way.”

For instance, on the hymn “Were You There,” Koehler and Liechty updated the words to say, “Were you there when we crucified the Lord,” substituting the word “we” where the line used to say “they.”

“The song is actually an African-American spiritual, and it would feel different if people of color were singing it,” says Liechty. “But as two white Christians, I felt strongly that we should say ‘we’ and take responsibility for these actions in some way that leaves no room for Anti-Semitism.”

While producing the album, Koehler and Liechty also learned that many of the hymns written by people of European descent were owned and cost money to use, while the African-American spirituals included on the album (“Were You There” and “Go Down Moses”) were able to be used and reproduced for free. Koehler and Liechty hope to address this disparity through a separate fundraiser that will support African-American religious institutions.

After researching and selecting the songs they wanted to record, Koehler and Liechty recruited other local musicians and artists to help with the album’s production: Erik Brubaker on piano, Alicia

Hooten on vocals and Spence Koehler, Shannon’s brother, on electric guitar. Another member of First Mennonite, Emma Fenton-Miller, provided the watercolor painting for the album’s cover.

Koehler loved the creative process of building the album and hopes it will inspire other Mennonites to reexamine familiar hymns.

“For us it felt like a chance to play the hymns the way our generation might have played them and written them,” he says. “People might be used to hearing the hymns one way, and you can get a little desensitized to things after a while. I’m hoping that maybe they’ll hear it a different way and get a more emotional experience from it. We European Mennonites we don’t exactly wear our emotions on our sleeve that often, and I think it’s good for us to dive deep and really experience the music.”

Koehler also came up with the idea to support MCC’s work with Syrian refugees as a way to continue to raise awareness about an ongoing crisis that has fallen into the background of day-to-day news coverage.

Listen to “Be Thou My Vision” from the album: