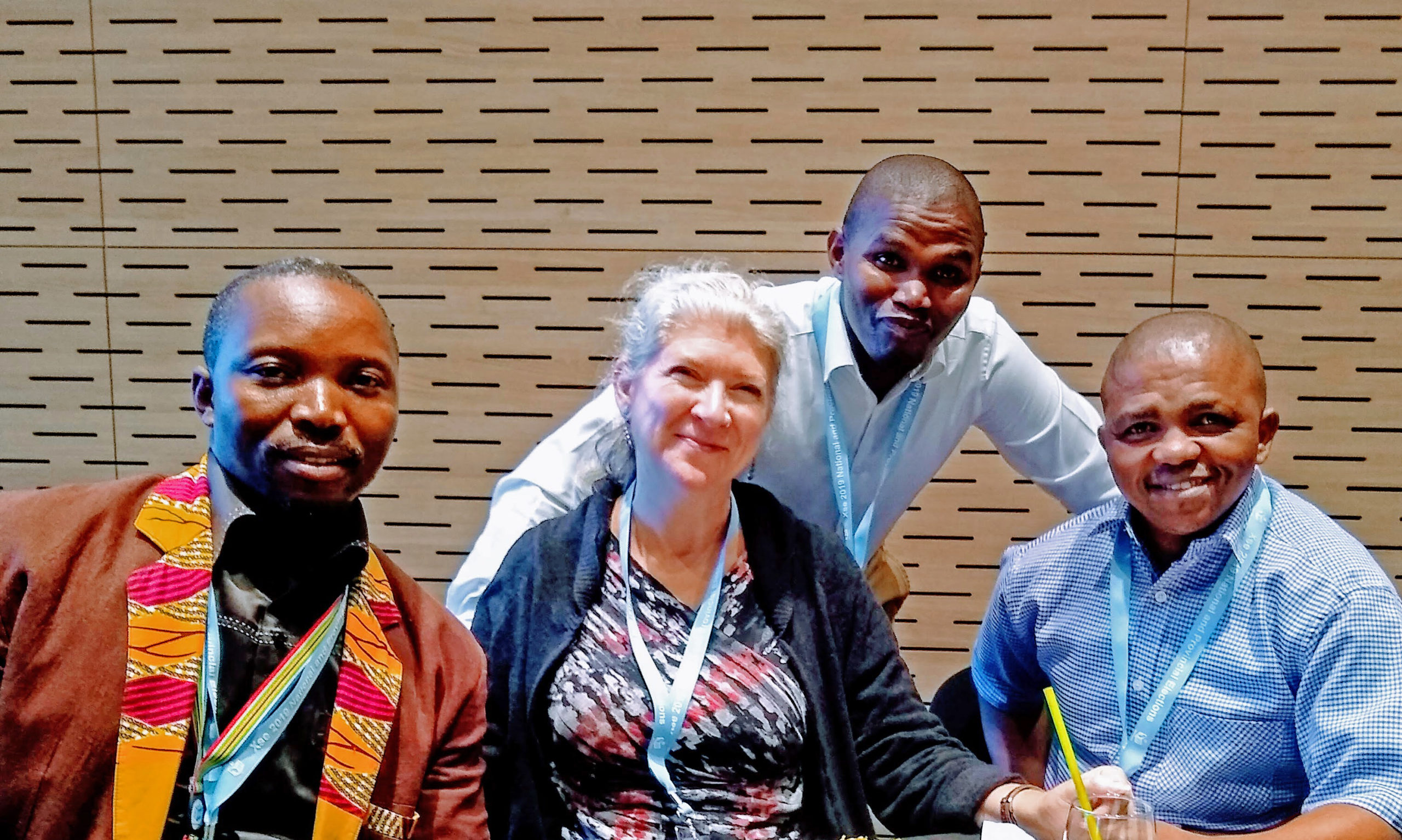 When South Africans went to the polls May 8 to elect a new National Assembly and legislatures in each of the country’s nine provinces, Mennonites helped monitor the process.

“You can’t have people voting under the barrel of a gun,” says Oscar Siwali, founder and director of Southern African Development and Reconstruction Agency (SADRA). “Police can’t patrol elections. Our community mediator volunteers know how to keep the unhappiness of people calm and allow the freedom to vote.”

Siwali and Dan and Kathryn Smith Derksen of Mennonite Mission Network were present to monitor the sixth election since government-mandated apartheid ended in 1994. This election will determine the next president of South Africa.

The Smith Derksens and their sons have served in South Africa since 2016. They work alongside Siwali to facilitate conflict transformation in many ways. They help train peer mediators in secondary schools and offer peace education training for church leaders and in communities. In 2017, they stood in the gap between university students and the police as Peace Justice Witness observers to limit violent clashes.

Because preventing election violence is one of SADRA’s major objectives, the Smith Derksens extended their three-year assignment in South Africa to be present for May’s election. They plan to return to the United States in December.

“We’ve been training community mediators for years for this very event,” Kathryn Smith Derksen says. “Starting two years ago, we’ve hosted regular roundtables about violence and conflict prevention around elections. Topics included fake news and the use of social media in elections, community protests over lack of services and interparty conflict.”

During election week, Dan acted as a certified observer, and Kathryn served on the mediators’ panel as a liaison between the police and the provincial conflict management coordinator. She tracked which neighborhoods needed attention and coordinated mediator deployment.

“South Africa is a very young democracy, and complicated socioeconomic problems are not fixed easily,” Kathryn Smith Derksen says. “For those without power or resources, who still have not been able to gain stability despite these 25 years of political freedom, one way of making their voices heard is through election violence.”

The Smith Derksens explain that election violence includes verbal threats against politicians and burning tires on the streets. In response, the police often overreact with force, and people are injured or killed.

“While we were all exhausted by the end, the election is being hailed as a success, with no one injured or killed, for which we are thankful and happy,” Dan Smith Derksen says.

The Smith Derksens say the mediators trained by SADRA are sympathetic to the frustrations of the many people who still live under apartheid-like conditions and extreme economic hardship.

“A large part of what SADRA does is try to help them find a way and a place to legally and nonviolently have their legitimate concerns heard,” Kathryn Smith Derksen says.

As an example of white racial privilege in South Africa, Smith Derksens say many white citizens have a car and a home near town. They can easily drive home from work in minutes. However, people of other racial classifications must take two or three taxi-buses to get to the low-income townships where they can afford to live. The taxi-buses are not on a timetable, and hours can be spent waiting in rain and wind, vulnerable to pickpockets and without safety.

However, the Smith Derksens are quick to point out that the problems South Africa is facing are not unique.

“In this shrinking world, global disgruntlement with democracy and the world order of capitalism seems to be everywhere,” says Kathryn Smith Derksen. “Our election commissioner says wealth is holding politics hostage. He asks, ‘How can we talk about fair elections when the conditions people are living in are not fair?’”

Oscar Siwali acknowledges discontent in South Africa, but he takes issue with the way some television stations portray the situation in his country.

“There are not millions of South Africans trying to take land from white owners,” Siwali says. “The one politician who promised to take land and redistribute it among the blacks didn’t get one seat in parliament. Most South Africans are interested in working together, and SADRA helps people come together.”

Siwali expresses appreciation for Mission Network’s partnership with SADRA. “Dan and Kathryn helped the beauty of democracy unfold,” he says.