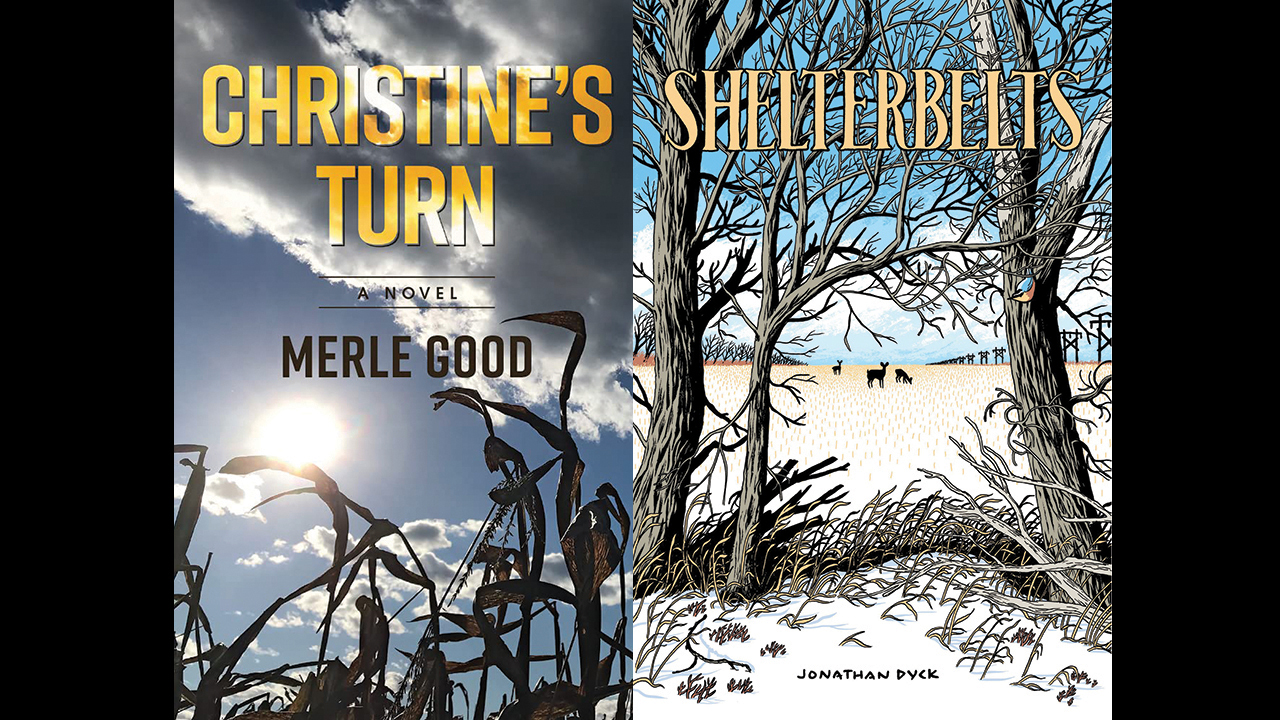 The Oct. 14 issue of Anabaptist World included several mini reviews of recent books. Some of them are fiction books.

The eponymous character in Merle Good’s new novel Christine’s Turn (Walnut Street) (he also wrote the popular 1971 novel Happy as the Grass Was Green) is a talented lyricist and singer in a trio called The Fore­runners. She’s a smart college senior about to graduate with a history degree, shows care for others, has two attractive (a favorite, if imprecise, adjective) men wanting to marry her, yet she sees herself as “a fatherless, poor-white-trash nobody living one step off the farm.” The novel includes many plots with their own suspense, but the driving tension is Christine’s battle with self-esteem. “Turn” takes on multiple meanings, including whether she can turn the corner to believe she is not a failure and decide what to do next. A song she co-wrote has become a hit, and the band is encouraged to go on the road. She’s drawn to grad school. She joins a crusade to stop the development of a historic farm near her house, which she and her mother will lose if the develop­ment plan goes through. An old boyfriend, now divorced, is pursuing her, yet she has feelings for another she’s not sure loves her. The short, abrupt chapters, with few extended scenes, give the novel a cursory feel, yet it moves along and is quickly read. Many will enjoy the likable (and some unlikable) characters and the display of caring relationships without any religious didacticism. — Gordon Houser

Perhaps Manitoba Mennonites’ greatest affliction is their proximity to each other. Small towns with big reputations on the Canadian prairie have inspired a seemingly outsize number of writers. One of the latest shifts takes the Mennonite novel in a visual direction. Jonathan Dyck’s Shelterbelts (Conundrum) is a graphic novel, using black and white images to reveal complex relationships that are anything but binary. “Comic strips” might seem juvenile, but the host of characters and situations in the fictional community of Hespeler are not. As young adults and their elders interact across 250 pages, Dyck shows how divisive issues are simple only until people start interacting. He confronts LGBTQ inclusion, megachurches, Indigenous land issues, residence schools, pastors’ kids, conscientious objection, mission trips and the consequences of vulnerability. Hemmed in by the past and overwhelmed by the future, Shelterbelts has its place in the precarious present. — Tim Huber