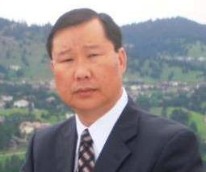 Eight weeks before a running contest, a coach took a group of students to the mountains to train. During their travel, these students were exhausted, hungry and thirsty. The most dangerous part of the journey was walking through rocks, sand and bushes where snakes slithered freely and scorpions were hiding. They were fearful for their safety because of wild animals, scorching heat and the risk of becoming dehydrated.

While they were walking on the trail, these students discussed if there were any good tracks for them to practice their running. These students thought that their coach had the same mindset. They saw their coach as human just as they were; there were no differences between them.

The students may have previously gone to a race before, but they had not won or encountered anything spectacular. The running technique was hiding beyond what their naked eyes could see. Winning would require them to have special lenses to view the competition methodology.

In life, it is not how fast you run, but how well you run.

In today’s society, people are struggling with poverty, violence, discrimination, peace and longing for justice. Some people try to reach to the finish line so they can have a standard, comfortable life, but they cannot because they tend to lose focus and wander off track. During people’s journey, many face trials and tribulations because they cannot see what is ahead of them. They cannot make it past the finish line because of their daily activities. People struggle with their daily problems that tangle them down. But the truth is, it is not how fast you run but how well you run.

Through the process of grace, these students were able to understand the new reality of training. Their coach prepared them to see their own weaknesses. The new training method opened their eyes to see how Christ endured. After they fixed their eyes on Jesus, placed him in the center, and held him in everything that they did on every part of their journey, they would surely win.

It was not the coach who gave them the new training technique. It was God who changed and transformed these students  so that they could continue to run the race that had already been set ahead of them.

Jesus was the chief witness and exemplar who completed the race of faith and reached the throne of God. If they fix their eyes on Jesus, the students may not grow weary and lose hope, but walk all the way to the end line.

It is not how fast you run, but how well you run.

The life of peace is beyond the finish line where we can be at the right hand of God. Mountaintop training experiences are beautiful. The students were weary after a long run and their lives were heavy. After they had fixed their eyes on Jesus and walked in the knowledge that he endured, they were then able to receive their prizes from God. People should not be afraid when they are in the midst of the contest. What’s most important is that it is not how fast you run, but how well you run so that the race can lead you to a new day and a new life of eternal salvation.

Jonah Yang is the pastor of Peace Mennonite Church, a Hmong congregation in Hickory, North Carolina.  In June 1975, his family escaped from Laos to Thailand due to war. Pastor Yang says, “When my life was hard, God was there for me. He placed me in His good hands. Then, He gave me love.  Even though my family and I were immigrants, He restored hope in me and sent me forth. Being a refugee was a disappointing label for me. However, God had arranged for me to have an opportunity to transform myself to be a better Christian, and also to have a chance to come to the United States with my family to restart a new life.” Pastor Yang is married to Memee and they have seven children between age five and 26.