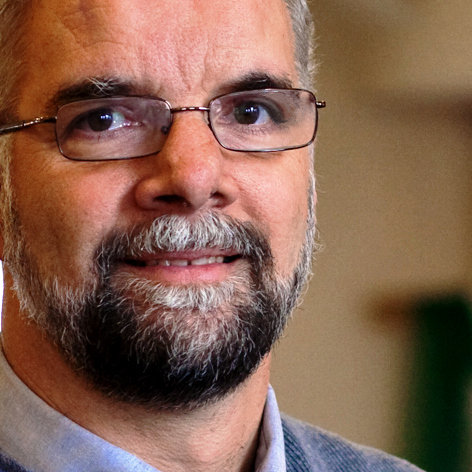 I was assigned Table 80.

There nine delegates sat in a circle to build relationships and do spiritual discernment on weighty matters facing Mennonite Church USA.

Nearly 100 other tables likewise. Table 80 had delegates across the geographical and theological spectrum of Mennonite Church USA, from Mountain States to North Central to Virginia.

We learned to know each other. We listened to each other’s hopes and fears.

Yet two of our nine, at week’s end, respectfully informed us that it was finished between Mennonite Church USA and their congregation.

They thanked us for the good conversation, wished us well, and took their leave before the meetings ended. Though saddened and sobered, we remained grateful we could be with them for a week as a small caring community during tense denominational work.

We delegates were mostly productive in our work.

We overwhelmingly approved important resolutions on current topics—sexual abuse, robotic warfare, racial tensions, and Israel-Palestine peacebuilding (a short but encouraging substitute resolution, after the first one was tabled). We also participated in many wonderful things away from our table that week—joyful hymn singing, stirring sermons, challenging workshops, rich conversations.

Table 80 had a wide range of experiences and convictions that we brought to the conversation.

We spoke clearly and respectfully. We shared occasional tears, but never raised a voice or exchanged unkind words. We joined in prayer several times, and felt truly cared for by others at our table.

It was a different experience during open microphone time, as various individuals sought to be heard by this body of delegates and denominational leaders.

Time was short. Moderators tried to keep things moving, but not everyone had opportunity to have their concerns heard or questions answered.

Many advocates for full LGBTQ inclusion were deeply pained by the passage of the Membership Guidelines resolution. Delegates with differing viewpoints were nonetheless moved by these expressions of pain and disappointment. Many were also moved by honest and gracious laments from more conservative voices who were pained by the changes happening in the church.

Two different ways of “being church” emerged, and in stark contrast.

Around the tables we leaned in to listen carefully and attend to our sisters and brothers with whom we shared space. Authentic church happened there despite of (or even because of) our differences. We began with the assumption we all belonged at that table, we all had a legitimate voice, we all had spiritual and moral integrity, and we all sought faithfulness in our context. Those assumptions created healthy soil where seeds of hope and joy could take root.

But when delegate work turned from tables to floor mikes, the manner of being church changed dramatically.

In an instant, we shifted our posture and agenda. We leaned in not to listen, but to ensure others heard our point. We moved from discerning a nuanced response to casting an up or down vote. We shifted from valuing dissent to establishing a majority position.

Without hardly a second thought, under pressure to pass a resolution, we turned a spiritually discerning body into a legislative body governed more by Roberts’ Rules than by the wind of the Holy Spirit.

Yes, sometimes it is good and necessary for the church to adopt something with a vote.

But votes should occur only after we have had plenty of time to build deeper relationships and develop greater consensus. If we know we are currently divided on a significant matter, why does a “resolution” become all-important (to both sides)? When a resolution passes by a narrow margin, what exactly have we just “resolved” to do? We still need to listen to and love each other in our differences. We still need to discern the move of the Holy Spirit in ever-changing contexts. We still need to respond to our leaders, and they to us, in specific circumstances yet to unfold. Will a 60-40 resolution help us do that?

Majority votes are helpful when a large body needs to decide to take a specific action or adopt a specific policy. But when we are stating our broad intentions or aspirations or beliefs as a church (especially when we are far from agreement) forcing a majority vote does nothing to help us be the church God intends us to be. It only sets up a scenario where a large segment of the church will be left disappointed, and potentially wounded or disenfranchised. Is that what anyone wants as a result?

I wonder what might have happened, if instead of forcing these matters to a vote (twice!), we would have received one clear and concise statement from the major leadership bodies of the church (especially Constituency Leadership Council and the MC USA Executive Board), saying something along the line of:

Then we at Table 80 (and the other 99 tables) could have spent time building 100 circles of trust, carefully listening to each other and to the Spirit, gathering our best thinking, and handing it over to the leaders we appointed, to implement according to their best ongoing discernment.

I wonder if this approach would “work.”

We are in this together, and will remain so.

Structures we built in the past may need to be renovated, or partially dismantled. We may need to construct something altogether new to support the vital, church-to-church and disciple-to-disciple relationships I know are possible.

I want a church that welcomes all who confess trust in and submission to the God we know in Jesus, to the scripture that shapes our life together, and to God’s mission of shalom in the world. I want a church where everyone with us knows they are welcomed, knows they belong, and knows they are profoundly loved by God and by God’s people.

Only after all are secure in that three-fold knowledge, can we with integrity challenge each other to grow deeper in grace, and to seek forgiveness and healing from the multitude of ways we are subject to the destructive effects of sin in our midst. I think that kind of grace-filled and holiness-seeking church exists now.

It is taking root and growing in our Mennonite church family. We need to look for it, and actively nourish it. I believe it will flourish until God’s kingdom comes in fullness.

Phil Kniss, Harrisonburg, Va., has been pastor of Park View Mennonite Church for the last 19 years. This article is based on a written delegate report he shared with the Park View congregation.