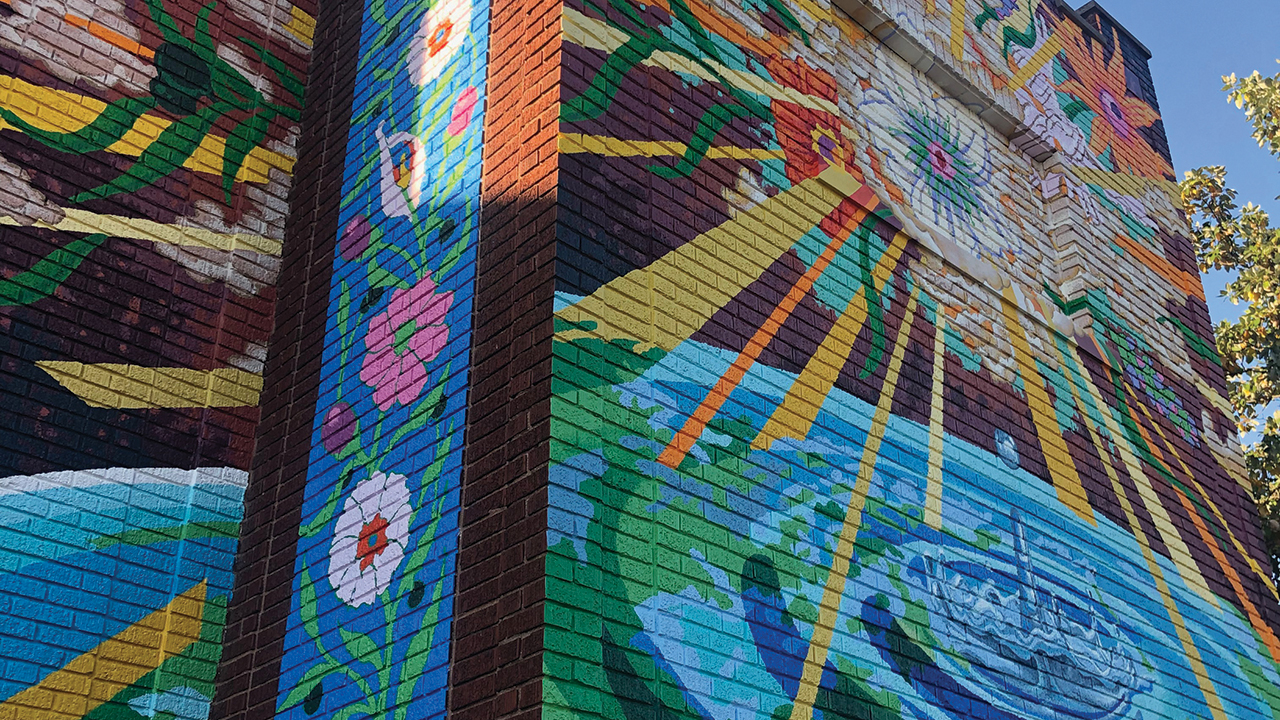 Cincinnati Mennonite Fellowship is known for its support of the arts, so it was only natural to spruce up one of the church’s exterior walls with a mural.

Pastor Brian Moll said the church was drawn to undertake the 26-by-28-foot painting as a creative way to convey a message about the congregation.

“We thought a mural would give us another opportunity to reinforce our commitment to community, peace and justice in our neighborhood and city,” he said. “We also wanted to use it as a way to invite others to participate in peacemaking in Cincinnati and beyond.”

The church hired artist Christian Dallas, who worked on the images of a heavenly realm, flowers and a rippled pool for about a month, completing the project on Sept. 21.

“In one of our brainstorming meetings, a member of CMF described the community as not just local but global,” Dallas said. “This gave me the inspiration for this ripple starting from one drop and expanding outward until it reaches all edges of the planet.”

The beams of light represent prayers to God and God’s assistance in the world. The Christmas rose at the center of the clouds represents Christ.

Moll connected worship services to the mural with a series on peace in hearts and peace in the world, with themes on love and peace (or else), the ripple effect and the cost of peace.

“We hope that our individual and collective efforts will blossom into a beloved community,” he said. “Each flower on the mural represents our longing for peace and justice, for a world without war and for art to overcome violence in every form.”