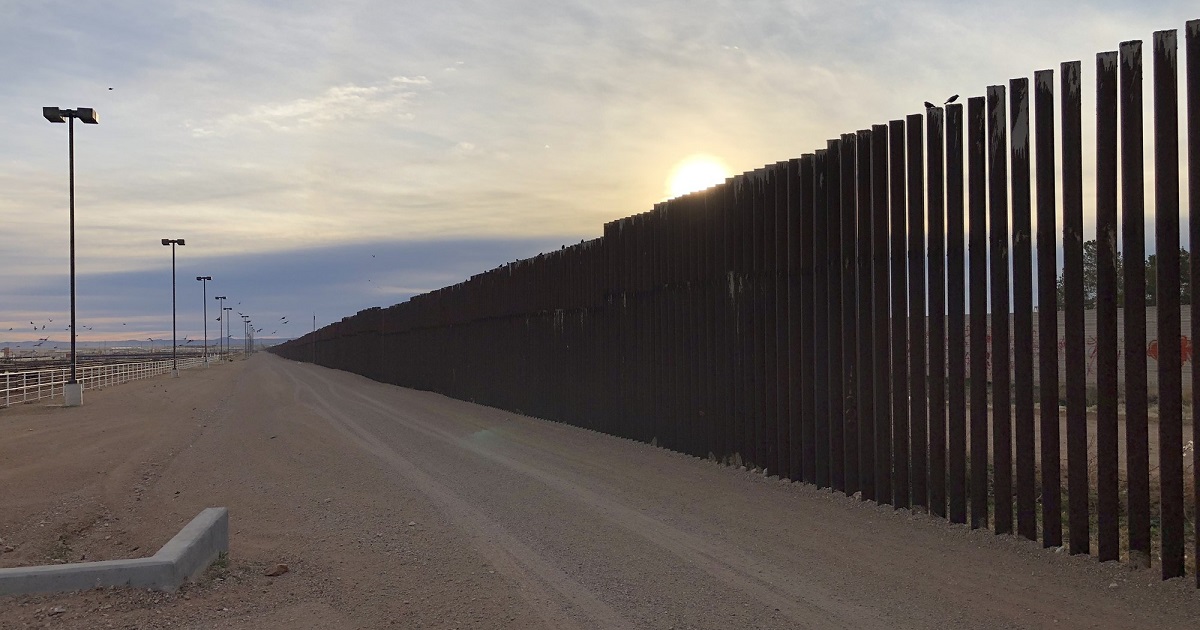 Ron Byler, executive director of MCC U.S., drove south along the border wall which separates El Paso, Texas, from Ciudad Jurez, the most populous city in the Mexican state of Chihuahua on the eighth day of his two-week pilgrimage along the 1700 mile stretch of the U.S.-Mexico border from San Diego, California, to Brownsville, Texas.

Photo: A view of the wall along the U.S.-Mexico border. MCC photo/J Ron Byler

Over the past two weeks, I’ve traveled in the U.S.-Mexico border region from San Diego, California, to Brownsville, Texas, with stops in more than 10 cities on both sides of the border. I have seen and keenly feel the pain of immigrants. I also was gratified to meet with so many people who see helping migrants as part of their Christian responsibility to care for their neighbors and their sisters and brothers.

In Arizona, Texas and throughout the United States, Mennonite Central Committee (MCC) works with immigrant communities, providing support and documentation services, advocating for fair and just immigration policies and offering training in immigration law. Immigrants are members of our families, communities, congregations and staff.

We know firsthand that anti-immigrant rhetoric and actions, including from the highest levels of government, have caused deep pain and fear. Anti-immigrant sentiment is a continuation of four centuries of racist and exclusionary policies in this country, from the genocide of Indigenous communities to the enslavement of African peoples.

We grieve that our brothers and sisters from around the globe are too often met with a closed door—a closed door that leaves families separated and sends people into unsafe conditions. The U.S. refugee and asylum systems have been decimated, turning away vulnerable people seeking safety from violence and persecution. Rather than addressing the root causes of migration, the U.S. is spending $18 billion building border walls that harm humans and wildlife alike. Through the “public charge” policy, immigrants are denied green cards and visas because they are poor. A newly expanded travel ban keeps people from certain countries from entering the U.S. (predominantly African countries and those with significant Muslim populations).

We believe that humility and self-reflection are needed, starting with ourselves. We ask God to “search us and know our hearts” (Psalm 139:23). We repent of the ways in which our own actions as individuals and as an organization have fallen short. We commit to standing alongside immigrant communities through providing increased resources to help expand documentation services, assisting those escaping persecution and violence and continuing to educate and advocate for more just immigration policies.

We are keenly aware of the need for a more civil and robust national discourse about immigration, “speaking the truth in love” (Ephesians 4:15). We encourage members of our supporting churches to model conversations between people of different opinions in ways that promote the dignity of every human being. We also encourage church members to find tangible ways to support immigrants and asylum seekers. (Learn more.)

Instead of rejecting the “other” out of fear, selfishness, ignorance or racism, we must embrace Christ’s call to care for those in need and to love the stranger among us as we love ourselves (Matthew 25:35, Leviticus 19:34). Instead of building walls and detention centers, we must ask how we can better care for newcomers in our communities and how we can help to improve conditions in countries around the world so fewer people feel forced to leave home. Instead of sitting silently in the face of injustice, we must urge members of Congress to use their positions of power to enact immigration policies that reflect the dignity and worth of every person.

After what I have witnessed during my border pilgrimage, like the prophet Habakkuk, I can no longer sit silently in the face of injustice. I have felt sadness, anguish, anger and the need to ask questions and seek answers. I invite you to consider joining me on an MCC delegation to Washington, D.C., to urge members of Congress to use their positions of power to enact immigration policies that reflect the dignity and worth of every person. I invite you to join one of MCC’s borderlands learning tours to be a witness, or volunteer with one of our partner organizations and accompany people who are providing hospitality to others seeking refuge and safety. And I invite you to pray. Together, let’s help to make a difference in welcoming people who are coming to our country!