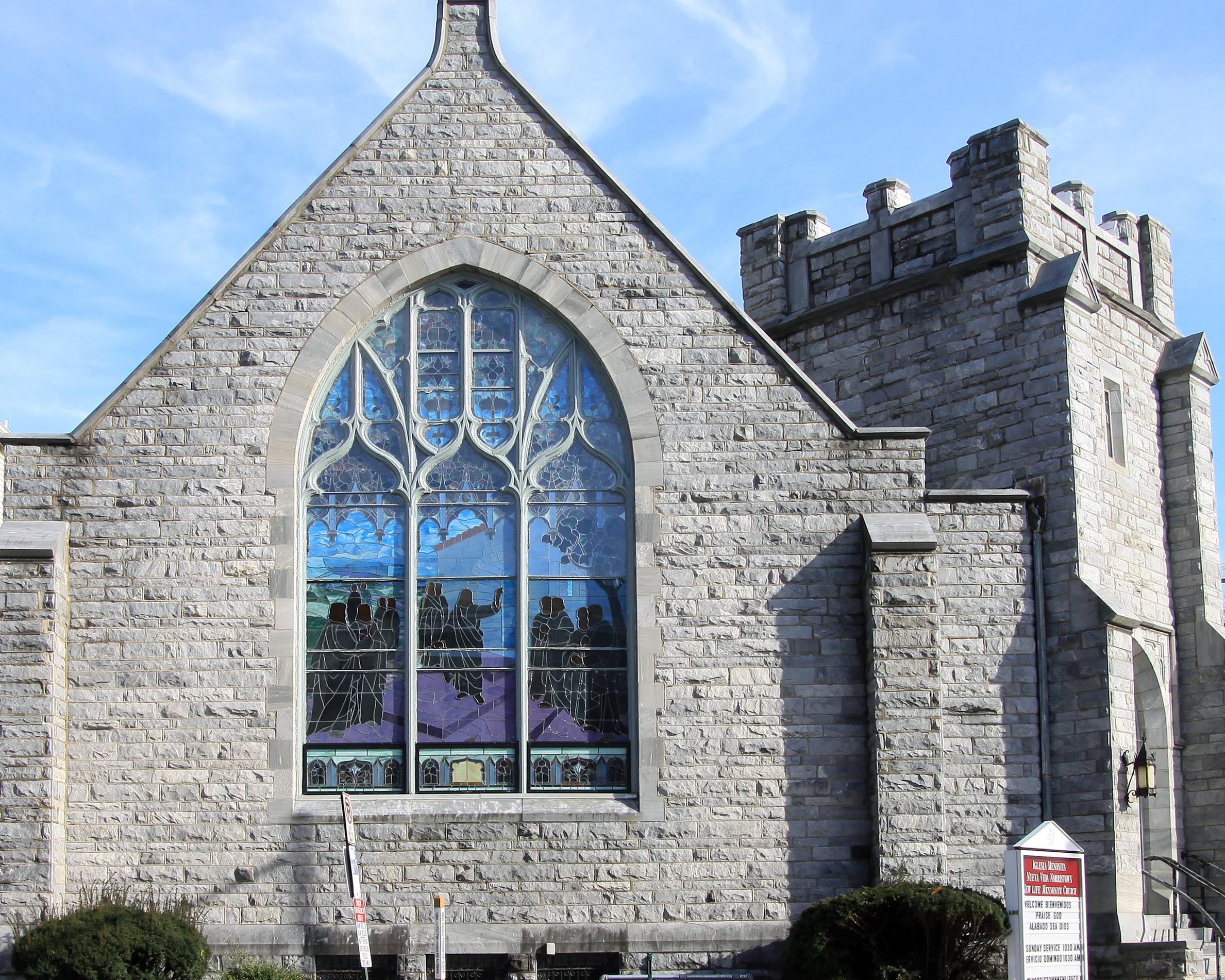 Norristown New Life’s capital campaign, “Enlarging Our Place in God’s World,” includes the restoration of its 1907 Gothic Revival building, located in Norristown’s historic district, one block from the county courthouse. Built from Valley Forge marble, the sanctuary features two large stained glass windows and seventeen smaller ones. In addition to restoring the windows, the building needs stone pointing, new flooring, a new roof, interior and exterior painting, and HVAC work. Norristown New Life also seeks to make the meetinghouse more accessible to those with physical disabilities by installing new restrooms and an elevator.

The National Fund for Sacred Places team, says Director Chad Martin, was struck not only by the congregation’s history of interracial and intercultural membership and leadership but also by its community ministries.

Prior to its admittance into the National Fund, the congregation had raised over $500,000 of their capital campaign’s $2 million target. Its goal now is to leverage the highest matching grant offered by The National Fund—$250,000—as part of the effort to raise the remaining $1.5 million. The grant requires 2:1 matching funds of $500,000.

Acceptance in the National Fund program, says pastor Ertell Whigham, is a gift for Norristown New Life’s mission to serve its community.

“As ambassadors of reconciliation, the gift of this grant enables our congregation to offer our place of worship as a continued presence for community partnerships, service, commitment, and hope,” he says.

Carrie Hagen is the media consultant for Partners for Sacred Places. Sharon Williams is Nueva Vida Norristown New Life’s minister of worship and a member of the congregation’s capital campaign team.