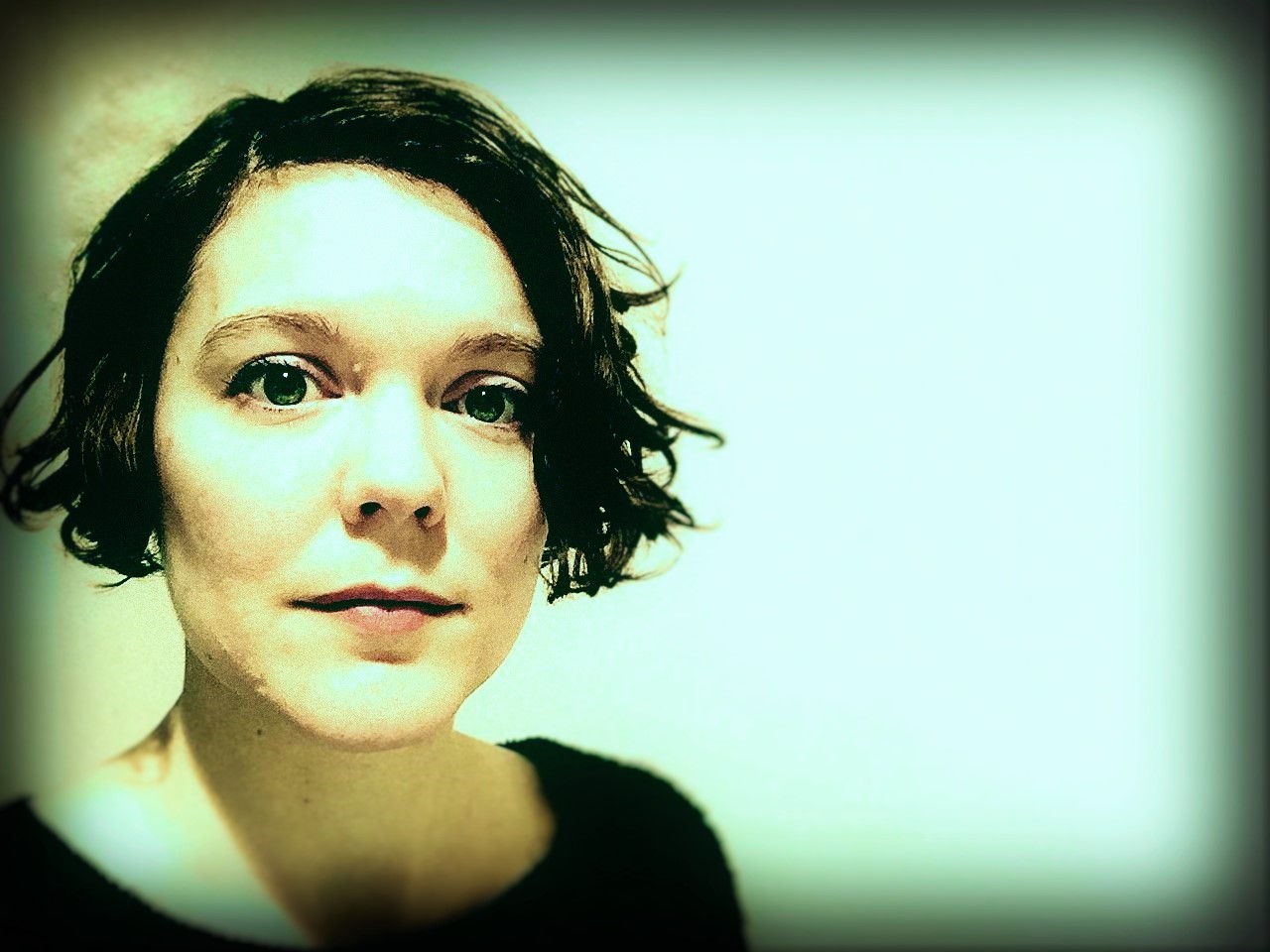 My grandfather was a gunner in World War II. The favored picture is Grandpa at 16 (he lied about his age to join) dwarfed by the giant gun mounted at the prow of the ship, chest criss-crossed with bullets as thick as fingers. Solemn, gazing off in the direction of his barrel. His job was to shoot Japs. And he did. A child soldier with a child’s lightning reflex. A child’s mind that readily simplified the endlessly complex. A child’s heart that needed to believe in his superiors, in himself. Needed to believe that Japs were little more than bloodthirsty animals and that the most noble thing he could do, when their ships came near, was to gun down as many as possible.

My grandfather was also a quiet and gentle man – a gardener, a builder, a lover of dogs and children. The kind of man who kept a greenhouse. The kind of man who took me fishing. The kind of man who, one Christmas long ago when money was tight, built his daughter (my mother) a doll’s cradle from old oatmeal canisters. He called her Lover Button and at the dinner table, when she wasn’t paying attention, he’d smear a dab of butter on her nose for a joke.

Grandpa returned from the war, still in his teens, to live out a long, full life. He fell in love. He married and fathered four children. He built his young family a house and his grown children houses and barns. He started a company. He traveled and he golfed and he fished.

But first and foremost, my grandfather was a soldier. I’m not sure how I knew this, but I always did. Maybe it was the navy blue ink stamped along his biceps and forearms. The pictures framed and hung around his den – of his young self behind the gun, of the ship, of the crew lined up on deck, squinting into the camera. The certificates, the medals, all prominently displayed. The trip each year to the ship crew’s reunion, even when standing and walking had gotten so hard.

The present started slipping through the holes of his mind, but the war never did. It seemed to be the foundation upon which his life was built. His brief years as a soldier cast the life that came after in the light of heroism and sacrifice, of well-earned reward.

Today I am both a pacifist and a beneficiary of this man’s life and his gentleness, of the country he risked his life to defend. In this light, my pacifism feels a bit like treason, like a betrayal. I can see farther, I believe, than he did. I can see the boys he shot arriving home, their bullet-mangled bodies in matching boxes, each one a beloved son and friend, perhaps also a brother or a father. I can imagine the empty spaces they left behind and the stories of how bravely they set off to do battle and of how they were funny or bright or fast with a ball. I see these things, and I believe that I see rightly. What haunts me is that I can see them, at least in part, because of my leisure. I have never been confronted with annihilation. I have never looked into the faces of those I love and feared their imminent destruction.

You think war is wrong, and so do I.

But picture this. It’s 1942. You are a scrappy 16-year-old boy with a baby face. You’ve never cared much for school. Your single mother is raising you and your younger brother on her wits and whatever else she can cobble together. When the money runs out, you pack your bags and skip town in the middle of the night. Japanese fighter planes have just bombed Pearl Harbor – 2,500 men and women dead in one day – and your country has plunged into the war. Across the ocean, in Germany, a man named Adolf Hitler has risen to power. The papers report his conquests and the deportations of thousands of Jews. You don’t want to be a boy anymore, you want to be a man. And you could be, in an instant. With all the country saluting you. And you could see the world, and you could eat three squares a day, and you could fight.

You could also die, but what is dying to you? You’re 16; you’re immortal. Your mother tells you no, no, no. But when your father comes around, which he does sometimes, he takes you to the office, and together you lie about your age. And he’s looking at you like he’s never looked at you before, and you’re young and strong, you’re a coiled spring, and the war and the world are waiting.

Would you have done anything so very different?

After Grandpa died, elderly veterans observed the military funeral honors. One of the veterans was missing half a hand. Another, an amputee who’d lost both legs below the knee, performed the service from a wheelchair. You could see the ache in their movements, the stiffness, their bodies still subject to that higher call.

What questioning is there to be had in the face of such nobility? I thought, This is beautiful. This is a tribute and an act of love. And I thought, too, This is a part of the machine – the machine that perpetuates the deadly half-truth that, in the interest of some lives, it is just to lay waste to others. That one must do evil that good might endure. The machine is people, and people are the machine.

At the graveside, one veteran marched along a row of gravestones, pivoted toward the casket and fired three shots into the air. The other two veterans folded the flag draped over the coffin. They did so slowly, with crisp, measured movements – the pulling, the lining up, the folding from side to side in overlapping triangles. When they finished, one tucked in the final corner and presented it to my grandmother. One perfect triangle of fabric, the stars aligned. Red, white, blue. The holy trinity of country. Then the same veteran who fired the shots released three doves into the air. Three shots, three doves. The ear-cracking bang bang bang and then the wings. The fighting, the killing, and then the peace.

What is to be done in the face of all of this? To lay one truth alongside another. To lay out the bodies, each one a beloved.

We hold a truth that drives out shadows – that each soul is a child of God, and as such, we must value them all, not for their actions but for their infinite, inalienable worth. The worth of you and of me. Of my grandfather, and of the men he shot. The worth of gassed children and the worth of Nazi officials.

From one angle, my grandpa is a hero. From another, he is a killer. From one perspective, his actions were right and just. From another, they were nearly as wrong as it is possible to be.

But love, when constricted, when shrunken down and clutching fear, fuels its opposite. Makes hatred necessary. Makes killing noble, and war. Love can become a spotlight rather than a sun, a light that darkens more than it illuminates, casting everything outside its aim in shadow.

A few years before my grandpa’s death, he attended his great-grandson’s birthday party. Also in attendance was an older Japanese man, a great-uncle by marriage, on the other side of the great-grandson’s family. When Grandpa saw the man seated at one of the picnic tables, he froze and stared for some time, then eventually took a seat a distance away, next to my mother.

“Which country?” he asked.

“Which country?” he repeated, to the rest of us. We didn’t want to tell him the truth and awaken old fears, old wounds. Eventually my grandpa approached the Japanese man, who replied that he was from Japan. Then Grandpa returned to his seat and perched there, watching.

My grandfather had truly believed the enemy to be evil. When you have been taught to hate and you have killed in accordance with that teaching, you must keep hating. To tell my grandfather that the war was so long ago, that it didn’t matter anymore whether the man was Japanese or not, was to drop the veil. To say, yes, it used to matter enough to kill him on the spot, no questions asked, but now let it go because this is a party and here’s some lemonade – all this is to say that he had not gunned down monsters but people.

When we send soldiers off to war, we reduce them. We split their minds. We ask them to believe something illogical, insupportable – that suddenly some lives are sacred while others are not – and we ask them to kill in service of that belief. Love’s spotlight narrows and brightens. Soldiers submit.

So who is to blame for all of this? If I am to blame anything, I think I must blame evil, which does not abide in any one person but sweeps through each of us, like visiting weather, condenses in the soul, and, when it is not checked, spawns a storm. Evil is a narrowing. Evil is a dearth of love. But evil is never an army of people and never a person. This is why trying to eradicate evil by laying waste to bodies only increases its amount. Arms that do evil are always the arms of beloveds.

I know that my grandfather would not agree with me. But of course, loving someone – even honoring someone – does not necessitate agreement.

To love someone is to speak to the goodness within them and to trust in that. To love someone is to work toward their wholeness. To aid in ending the violence and war that split them in two. To stand before you and say, that, yes, my grandfather was a soldier, and he was also so much more.