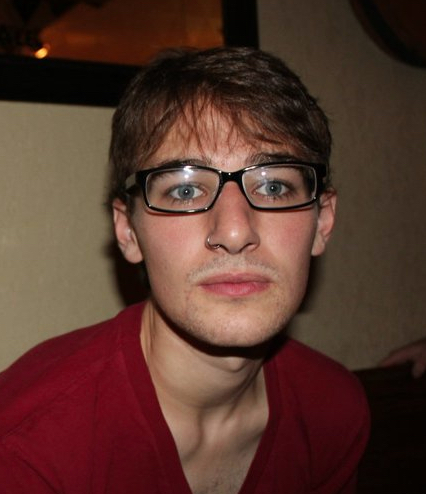 This is a web-exclusive article on the theme “Costly Discipleship.” For more stories on this theme, see the June issue of The Mennonite, available here.

When I was 16, a friend and I were arrested for setting off fireworks in a housing development near my home. When we noticed a police vehicle cruising the neighborhood, we ran and hid, but the officer saw us running. He followed us and with a few choice words convinced us to turn ourselves in. There were no guns drawn or tasers brandished. We weren’t told to keep our hands visible as we approached a lone police officer. I had nothing to fear except the look on my mother’s face because I’d learned from my upbringing as a middle-class white kid that the police were generally trustworthy. We were cuffed and frisked, but after a lecture from the officer, we were taken home without so much as a citation. We even got our fireworks back.

Although I considered myself a culturally aware, progressive-minded person, it wasn’t until years later, while I was in seminary, that I considered the possibility that this episode could have ended much differently or that my white body afforded me certain protections that night. The truth is that the outcome of that night is emblematic of a more general safety and security I’ve been guaranteed as a white man, one that is on display, perhaps in its most acute form, in police encounters but pervades nearly every aspect of social and economic life.

This promise of safety and security has conditioned me. I have not only grown accustomed to it but have found it preferable. In my adult life, I’ve become a textbook conflict avoider, even when I know I should not be. There have certainly been times in my life that I could have spoken out against racist, sexist, homophobic or xenophobic language. But I confess I did not. I chose instead the safety and security of silence. It was a space only I, a straight, cis-gendered white male, was allowed to occupy because none of it was directed at me. This is the tendency many of us who enjoy the privilege of safety and security exhibit: We grow complacent and comfortable in our places of safety and security, unwilling to step out of them when we are need to.

When I was first called as a pastor, I was bivocational and worked as a server at a local restaurant to make ends meet. Having worked in restaurant all through college and seminary, I knew that negative stereotyping was intrenched in the service industry. The restaurant where I worked was no exception. I often heard servers complain about the prospects of their tips based on the racial or ethnic identity of people at their tables but said nothing. Some servers, confident in the assessment of their customers, put less effort into serving those tables, only to find their bias confirmed when their tip was less than desirable. On one particularly nasty occasion, while serving a table of young black men, another server suggested that people might not be so racist if they tipped more. Another server confronted him, but I did not. This other server told him what he said was offensie and that he might get better tips if he didn’t treat people like crap.

This other server was not a minister of the gospel or even a Christian. It was not his job to teach people about the radical love of Jesus, who calls us to a costly discipleship. That day, however, he lived out this vocation far better than I did. Service industry prejudice may seem insignificant, but these kinds of failures speak to a much larger failure. There are stronger storms we will have to weather in pursuit of justice, so how can I hope to succeed if I prefer order and tranquility even to the awkwardness of work place drama?

In his 1967 book Where Do We Go from Here?, Dr. Martin Luther King Jr. reflected on the tendency, especially among white liberals like myself, to remain situated in their places of safety. Preferring tranquility and order to equality and justice, white liberals, Dr. King suggested, had come to be seen as more “troublesome adversaries” then bigoted Klansmen and other white supremacists. He wrote, “The white liberal must rid himself of the notion that there can be a tensionless transition from the old order of injustice to the new order of justice.”

Dr. King’s words here remind those of us with privilege and who desire justice and wholeness in our world that our places of safety and security will not do. Progress, he says, requires “persistent pressure and agitation.”

Professor Richard Wayne Wills Sr. observes, “King’s life journey was governed and guided by his theological orientation.” Dr. King was a man who knew the cost of discipleship, of orienting his life around the liberating message of Christ. Indeed, he paid its full price. In his sermon “The Drum Major Instinct,” Dr. King reflected on Jesus’ life and the people’s turn against him. He reminded the people of Ebenezer Baptist Church that Jesus, too, was called a rabble rouser and a troublemaker. Jesus, he said, “practiced civil disobedience; he broke injunctions.” These kinds of theological convictions guided Dr. King’s life. Noting that he wouldn’t have money or luxury goods to leave behind after his death, Dr. King said, “I just want to leave a committed life behind.”

As a Mennonite pastor, I’m blessed to preach the gospel of Jesus, the rabble rousing, troublemaking Jewish peasant who was undeterred in his pursuit of justice for his people, but as I contemplated the 50th anniversary of Dr. King’s assassination, I could not help but also contemplate the ways I, like the white liberals who frustrated Dr. King, have failed to live out my witness. I cannot help but contemplate the ways I have preferred order and tranquility to equality and justice or the ways the words of my pulpit are not always mirrored in my life. In Where Do We Go from Here?, Dr. King reminds his readers that “many blatant forms of injustice could not exist without the acquiescence of white liberals.” These words weigh heavy on my heart because they are all too true. When I have preferred the safety and security, I’ve given my permission to injustice.

I, too, would like to leave a committed life behind, but this is a costly way to live. Jesus says as much in Matthew 16:24. “If any want to become my followers,” he says, “let them deny themselves, take up their cross and follow me.” In living this kind of committed life, we are not guaranteed the safety and security many of us have grown accustomed to. With low attendance and shrinking budgets in our faith organizations, many of us might opt for the safety of the mainstream. Reflecting on Dr. King’s legacy in a recent piece in The Guardian, Cornel West reminds us that, although King was a radical, he has been sterilized by “neoliberal revisionists” who may be stirred by individual instances of injustice but fail to criticize the whole system of “U.S. empire, capitalism and racism in their own lives.”

For 500 years, Mennonites have been critical of imperialism and militarism. Our forbears knew the cost of their witness and paid it. But Mennonites in the 21st-century United States live under a new empire, one that guarantees safety and security to many of us. Are there places in our lives, our churches or our denomination where we enjoy the safety this privilege offers? There are in my life and in my church. Have we grown accustomed to it or found it preferable? As disciples of Jesus in the Anabaptist tradition, we are not permitted to grow complacent in our places of security or to accept the privileges afforded us. Instead, those of us in such places of privilege must remind ourselves of the ways we have grown complacent, repent of them, and look to prophetic leaders like Dr. King and those who speak in his tradition to lead us into the way of living this committed life. It is imperative that we do so, as Dr. King warned, “If the church does not recapture its prophetic zeal, it will become an irrelevant social club without moral or spiritual authority.”

King Jr., Martin Luther. Where Do We Go from Here: Chaos or Community. Boston: Beacon, 1986.

West, Cornel. “Martin Luther King Jr. was a Radical. We Must Not Sterilize His Legacy.” The Guardian. April 4, 2018. https://www.theguardian.com/commentisfree/2018/apr/04/martin-luther-king-cornel-west-legacy