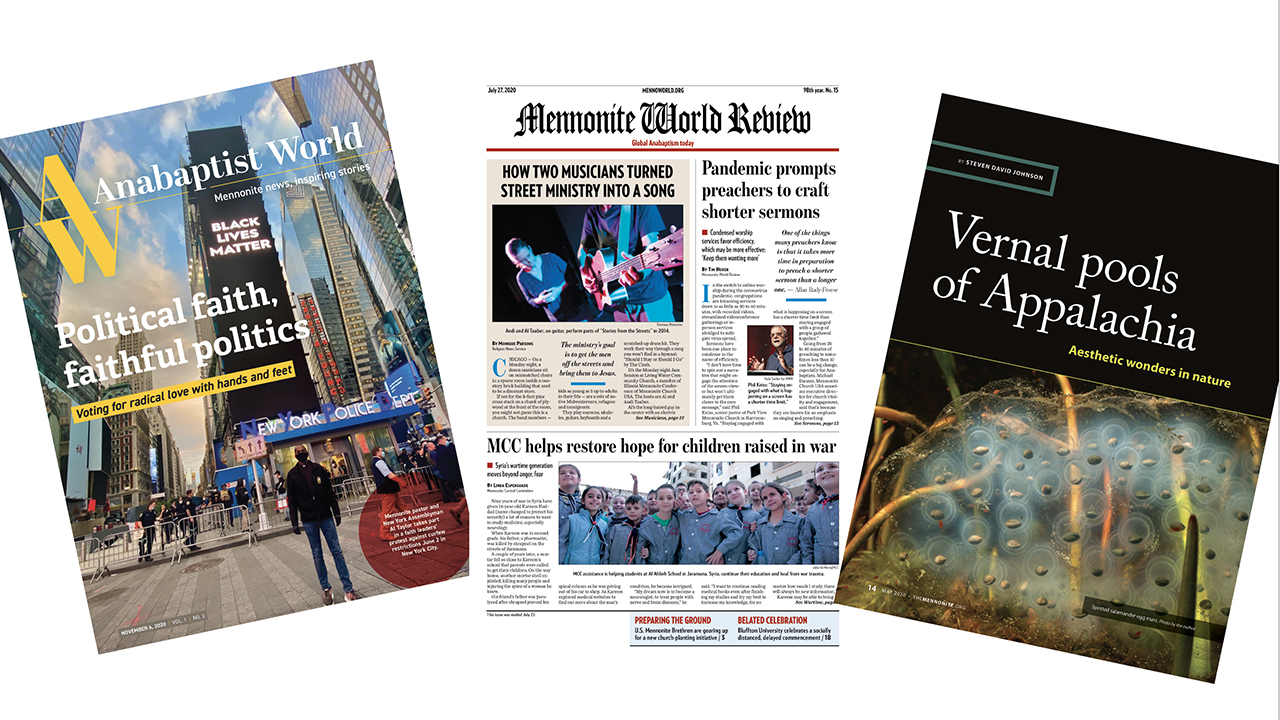 AW received the first-place Award of Excellence for “Print Publication Re­design.” Although AW is a new publication, it qualified for this category as a reimagined version of its predecessors, The Mennonite and Mennonite World Review. Hannah Gerig Meyer is AW’s designer.

MWR received the Award of Excellence in the overall Best-in-Class competition for national or international newspapers. The judge noted the historical research that was done for the Aug. 24 issue, which concluded the publication’s 98-year run.

MWR also was recognized with the second-place Award of Merit for “Letters to the Editor” in its March 9 issue and the Award of Merit in “Newspaper Front-Page Design” for its July 27 issue.

The Mennonite received an honorable mention in “Photo Spread: Magazine/Journal” for “Vernal Pools of Appalachia,” with photography by Steven David Johnson and design by Hannah Gerig Meyer, in its May issue.