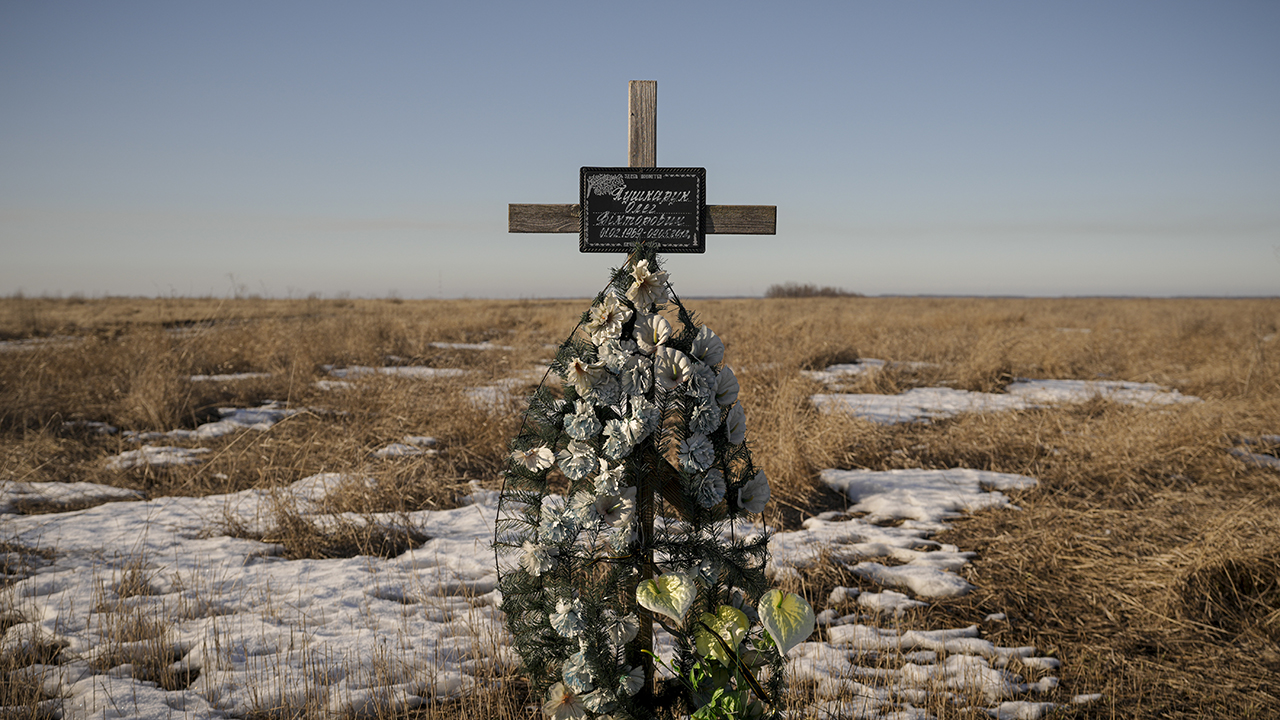 A cross in memory of a Ukrainian soldier is placed in a field near the place he was killed on in 2018, at a front-line position outside Popasna, Luhansk region, eastern Ukraine, Feb. 14. — Vadim Ghirda/AP

The physical landscape of Ukraine isn’t the only battle space Russian invaders hope to dominate. For the past decade, the two countries have fought another battle — not over territory but the religious orientation of Ukraine. And if Russia occupies the country, religious freedom will be one of the many casualties.

Ukraine is an ancient nation, dating back to at least the 10th century, with an eastern Christian identity at its root. Founded at the crossroads of Europe and Asia, Ukraine is the second-largest European country, second only to Russia. While many faiths operate freely in Ukraine, such as Roman Catholics, evangelicals, Muslims and Jews, the country’s population of 43 million is overwhelmingly Christian and predominantly identifies with Orthodoxy.

But the question is: Which Orthodoxy?

Putin’s efforts to restore Russian prestige have included elevating the Russian Orthodox Church to the center of Russian identity while also undermining the independence of the Moscow Patriarch. Putin’s Ukraine scheme included leveraging the potential religious soft power of the Moscow-aligned Ukrainian Orthodox Church-Moscow Patriarchate. According to the Orthodox Times, Russia used disinformation campaigns to stir conflict between the churches.

The Orthodox Church of Ukraine becoming free was a declaration of independence from foreign influence and achieved greater religious freedom. Then-Ukrainian President Petro Poroshenko declared that autocephaly was another example of Ukraine pivoting away from Moscow and toward Europe. In response, the Russian Orthodox Church cut all relations with the Ecumenical Patriarch, threatening to split Orthodoxy.

With the outbreak of war, these religious battles will recede to the background for the time being. However, people on both sides are turning to their faith. Images of Ukrainians praying throughout the country were posted on Twitter on Feb. 23 when the attack started. Other, non-Orthodox Christians noted how Christians on both sides are fighting: “Tanks are rolling down from Russia, Russian Orthodox priests are blessing the tanks,” while “Ukrainian Orthodox priests are blessing the Ukrainian soldiers to fight against Russia.”

What does all this mean for Ukrainian religious life? Putin cited NATO expansion as the casis belli, among other issues, fearing Ukraine’s reorientation to the West. But Ukraine’s religious reorientation is also a concern. The president of the European People’s Party, Donald Tusk, cited sources saying Putin’s “demands are also connected with the Ukrainian Orthodox Church and its independence from Moscow. De facto what Putin wants is the full capitulation of Ukraine.” The capitulation sought is both physical and spiritual.

If Russia’s military campaign is successful, Moscow would likely not countenance an independent Orthodox Church of Ukraine, possibly forcing it back into the family of the Russian Orthodox Church. Russia’s regressive treatment of Jehovah’s Witnesses, Muslims and proselytizing groups would likely be forced on the entire country.

Concerns about Ukraine’s Jewish community also exist. The United States Holocaust Memorial Museum condemned Putin’s “exploitation” of the Holocaust as a pretext for war. “The Museum stands with the Ukrainian people, including the thousands of Holocaust survivors still living in the country,” said a statement.

Whatever the outcome, the future is uncertain. The Prussian strategist Carl von Clausewitz said, “War is politics by other means.” War was probably the only outcome Putin wanted. The implications for Ukrainian religious freedom and other human rights, however, hang in the balance.

Knox Thames is the former special envoy for religious minorities at the U.S. Department of State, serving during the Obama and Trump administrations.