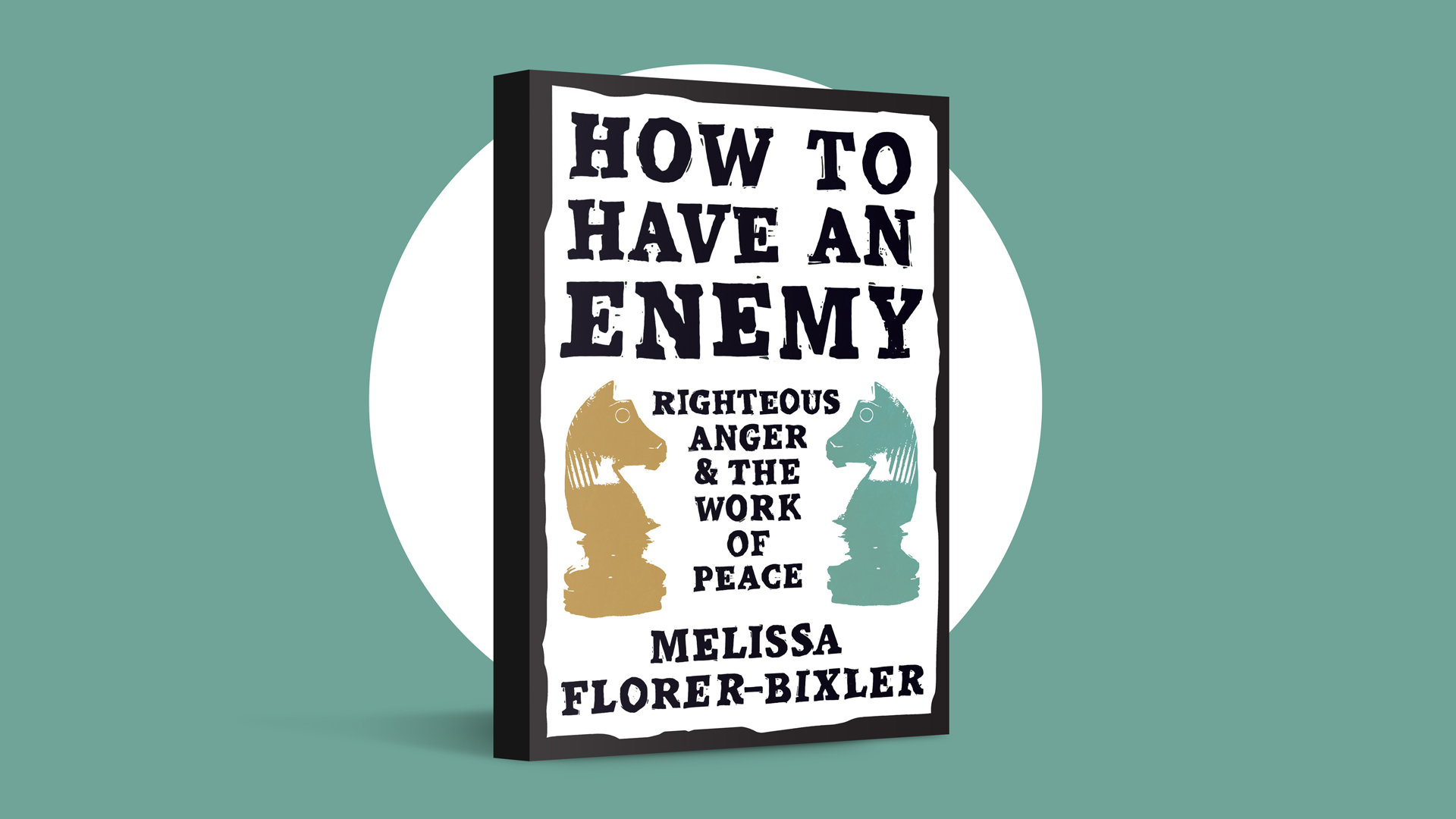 How to Have an Enemy: Righteous Anger and the Work of Peace by Melissa Florer-Bixler (Herald Press, 2021)

I decided to invite a community leader out for coffee. She’d played a role in creating policies I believed were harmful for students in our district. I assumed if we could talk mom-to-mom — if she could see the damage her decisions were causing, in the faces of my children — perhaps her mind might be changed.

Then I read Melissa Florer­-Bixler’s How to Have an Enemy: Righteous Anger and the Work of Peace. A pastor at Raleigh Mennonite Church in North Carolina, Florer-Bixler has a good deal to say about the “coffee diplomacy” I was imagining. One-on-one coffee dates with our adversaries might make us feel better and might make for good public relations campaigns. But they are not the radical work of peacemaking she believes we are called to do.

While I’m hesitant to name the community leader as my enemy, the conflict, in Florer-Bixler’s terms, was one of enmity, because I did not recognize the leader’s role in a power structure that systemically harmed others — in particular, the students of color in our school district.
According to Florer-Bixler, our discussions about conflict predominantly focus on interpersonal misunderstandings rather than acknowledging the true nature of conflict: the structures of oppression and the injustices that marginalize others.

How to Have an Enemy might be challenging for Anabaptist readers who have been taught the path to peacemaking means doing interpersonal work: loving our enemies, granting forgiveness to those who have wronged us. Yet the book is challenging in all the best ways, as Florer-Bixler argues that those called to the work of peace — and by that she means all of us — must move beyond person-to-person conflict. We must confront the structures that create inequity along racial, economic and gender lines and that keep us divided between those who have power and those who do not.

Too often, Florer-Bixler argues, “loving our enemies” sustains harmful power structures. She cites church leaders telling women who were sexually assaulted to forgive their abusers — without holding the abusers responsible and without changing the dynamics that demand women be silent and submissive.

In a similar vein, the legacy of white supremacy in the church relies on the language of forgiveness to sustain enmity. People whose ancestors survived under the boot of enslavers, and who continue to experience violence because of their skin color, are told to extend forgiveness, to “bless those who curse you.” This rhetoric, Florer-Bixler writes, is used as a “cudgel” to continue subjugating Black bodies: “For many, the command to love one’s enemy is not a source of freedom, but another source of oppression.”

This is not to say Florer-Bixler rejects Jesus’ command to love our enemies — far from it. She argues for a far more expansive understanding of what peacemaking means. The good news in the Gospels demands liberation for the oppressed, removing the barriers that stand in the way of people’s flourishing. She describes what this work might look like: Reparations for ancestors of the enslaved. Welcome for immigrants. Dismantling the prison system, which profits from unjust imprisonment and bail practices. A radical restructuring of our churches and their missions.
Florer-Bixler’s first book, Fire by Night (2019), examined the Old Testament’s narrative of God’s grace, even in its most challenging stories. In How to Have an Enemy, she turns directly to Scripture to understand the nature of enmity and of peacemaking. She writes that “the good news of Jesus Christ is for the redemption of the world, for victims and victimizers, for oppressed and oppressors, for the way destruction is borne in each of us.” She calls for the reign of God, where all are free from the power systems that destroy us, a peaceable kingdom in a “new social and economic order” envisioned by the New Testament.

The enemy, after all, is not some disembodied other. It is our own destructive systems — of nationalism, white supremacy, mammon — which not only destroy victims but also corrupt victimizers. At this moment in history, Florer-Bixler says, after a contentious presidential election, continued racial disparities and the persistent horrors of a pandemic, we are offered an opportunity to be peacemakers, righting the many wrongs hurtling us toward the apocalypse described in Revelation. How we respond to this moment defines whether or not we believe the Gospels’ peacemaking message.