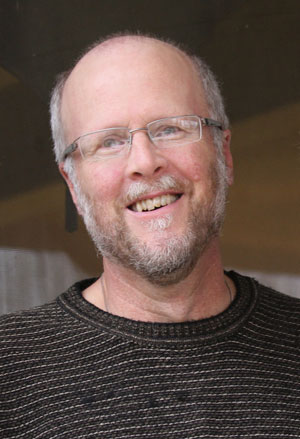 Every year around Easter, we find old Jesus films on TV, from The Greatest Story Ever Told to Jesus of Nazareth to The Gospel According to St. Matthew.

Increasingly, shows with religious themes are showing up on TV.

In March, CNN is in the midst of a six-part series called “Finding Jesus: Faith, Fact, Forgery,” in which biblical stories are described by scholars and re-enacted.

The Weather Channel showed “Top 10: Bible Weather,” in which 10 calamities from the Bible are paired with equivalent phenomena from our time, with re-enactments standing alongside news footage.

Later, the Smithsonian Channel showed “Siege of Masada,” a one-hour special about the Masada legend, followed by “Killing Jesus” on the National Geographic Channel.

Beginning April 5, NBC will show “A.D. The Bible Continues,” produced by Roma Downey and Mark Burnett, whose miniseries “The Bible” was so popular on the History Channel last year.

Why so many shows with religious themes? The main reason is that they’re popular.

But are they helpful? And do they offer a reliable portrait of biblical stories and themes?

That will depend on the show and on viewers’ needs and desires.

One new series on USA that’s received a lot of attention is “Dig,” which premiered March 5. It promotes itself as being “based on reality and true.”

We’ve heard that before.

Kimberly Winston writes for Religion News Service that the show “moves quickly between multiple story lines and locations, bouncing off prophesies and spinning conspiracies around the Second Coming of Christ, the Book of Revelation and the restoration of the Jewish Temple in Jerusalem, where much of the series is filmed.”

It includes a high priest’s magical breastplate, a spotless red heifer and a doomsday Christian group living in a bunker, with plenty of action and suspense. The many plot lines can leave viewers feeling confused, and some of the characters are far from complex.

Its references to the Essenes, the 12 gemstones on the high priest’s breastplate and the red heifer may lead some viewers to look up such information from the Bible, but I doubt it.

Instead, viewers who stick with it may enjoy the suspense, the settings—Jerusalem, Norway, New Mexico—or the esoteric nature of the story.

With the plethora of offerings on TV these days, including many fine ones, why not have some using religious themes and retelling biblical stories?

I also notice that other dramas—realistic ones, not just fantastical ones like “Supernatural” or “Grimm”—often include characters who are religious. And they aren’t always stereotyped as naive or fanatical.

Here’s a question for our readers: What TV shows have you found particularly good in how they portray religion or Christians?

Email gordonh@themennonite.org with your list (not more than five).

And for those who don’t watch TV, let us know why.

A related point is that if religion relates to all of life, then shows that portray life authentically and with a certain moral compassion (without being moralizing) should qualify as well.

I’ll let you decide for yourselves.

Gordon Houser is editor of The Mennonite. This column ran in the April 2015 issue.