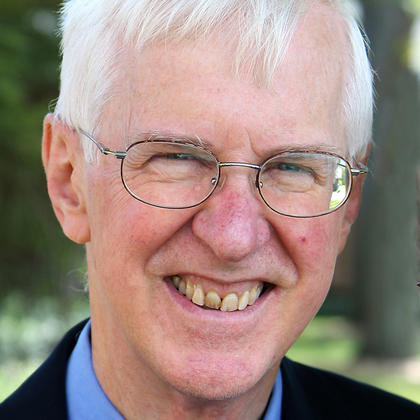 Alan Kreider was Professor Emeritus of Church History and Mission at Anabaptist Mennonite Biblical Seminary in Elkhart, Indiana. He passed away on May 8, 2017. You can read a full account of his life and work here. Below you will find three reflections on Alan from three co-workers and co-sojourners. The reflections appear in alphabetical order by author. 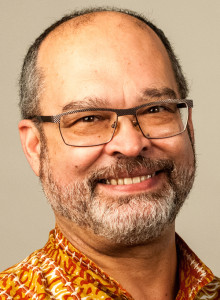 Along with Eleanor, his spouse, Alan served with Mennonite Mission Network for 26 years in England, revitalizing the Anabaptist witness in the U.K. through preaching (at Wood Green Mennonite Church which they helped found), teaching in various settings and building friendships that strengthened the body of Christ and its witness. For four years afterward, Alan and Eleanor served with Mennonite Mission Network as mission advocates speaking in churches across the USA. During the 30 years he served, we were privileged to be his students. I am grateful for so many profound lessons we learned about God’s mission and what it means to follow Jesus as we observed his life and were instructed by his service–some of which I am honored to share here.

Alan believed that our missional calling is not an ecclesial but a theological vision. It is about God, not about the church. It is not a survival of church or growth package, it is about a re-discovering of God. Alan understood that mission is of the very nature of God, not just a preoccupation of the church.  Despite the many challenges he saw, Alan was full of hope since he fervently believed that he served a God who is not only present, but continuously breaking into our reality through the work of the Holy Spirit.

For Alan that meant that the energy for mission is not our creation. It is not about our wisdom.  It is not about us. It is about God, the primal agent, who has invited us to participate in what the Spirit is doing in the world.

Alan was a rigorous scholar, passionate and eager to understand God and the outworking of God’s purposes in history. For him, however, it was about so much more than intellectual knowledge. It was, first and foremost, about journeying with God and faithfully reflecting God’s purposes in his life. For him there was no frantic defense of strongly held positions or attempts to vanquish others who held different perspectives.

Expecting to be surprised by God, Alan had an attitude of openness to listen carefully and sincerely to others while living his life in a posture of welcome and hospitality to all in the spirit of Jesus.

Alan ardently believed that the church should reach across frontiers and he made a substantial investment in developing ecumenical networks to advance that cause. His life and approach in mission demonstrated very clearly that for him, however, we are called to cross those frontiers not from a position of power and imposition. His practice of mission was subversive of the power dynamics with which cross-cultural exchange is often fraught. In his gentle humility Alan challenged us to follow Jesus into the place of vulnerability.

Almost 20 years ago, my wife Ursula and I joined Alan and Eleanor for dinner at their apartment in Oxford, U.K. They had heard that we enjoyed curry and so that was what made for a delicious meal that evening. More than the curry, however, we enjoyed Alan and Eleanor’s warm hospitality and their genuine interest in us. Perhaps the most profound witness of Alan (and Eleanor’s) life was to help us to move away from the notion that mission was about extraordinary, heroic exploits. Alan’s immersion in the missional distinctives of the early church allowed him to transform the ordinary pursuits of our lives (like eating meals) into extraordinary moments in which God’s grace invades the present. Alan helped us to see how the work of the Spirit in God’s mission is normally not in extraordinary feats but in the ordinary, everyday encounters of our lives. 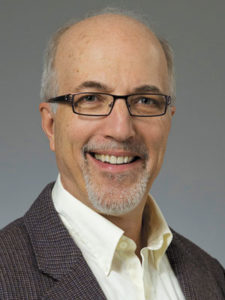 Ten days before he breathed his last, I sat with Alan Kreider at his home in Goshen, Indiana, and invited him to reflect on his life. He knew he was dying and spoke about that with peace. I noted the phenomenon of him receiving scores of messages of blessing and farewell from around the world.

“It is hard for me to accept praise,” he said with a chuckle and a note of impatience. “‘Woe to you when all speak well of you!’ We dare not think we are good enough! We are utterly dependent on the grace of God! I don’t want to be a role model for anyone. I want people to see Jesus as the wonderful prospect of eternal life. Not me, but Jesus.”
That comment got Alan thinking about the nature of Jesus’ ministry.

“Jesus was known for eating and drinking with the ‘wrong’ people,” he said. “We are called to be his followers, to live in his welcome and forgiveness. We are tempted to imagine that such a radical welcome is limited to clergy, but Jesus intends all of us to live that way.”

Alan so lived. A few days earlier I had visited a recently-baptized, undocumented immigrant in our congregation. The man speaks little English, has a third-grade education and endures emotional pain in his life. Alan, I learned, had stopped by this man’s house twice in recent weeks to bless and encourage.

Alan asked where I get my hair cut. For years he got his hair cut at a barbershop with black clientele in Elkhart, because, he said, he learned so much about his neighborhood from the barber. At places in society where people are different from ourselves, “We need to build up such relationships across time.” He noted the joy he has found recently in building relationships with LGBT people in church and society.

During my visit, I answered a knock at the door and received a boxed bouquet of flowers ordered by people in New Zealand. Alan opened it with delight, relishing the fragrance and the sign of love. Then he showed me the card he just had received from a church in Minnesota. He and Eleanor had spent five days with that congregation and the encounter generated new vision. “Now,” he noted eagerly, “they are all memorizing the Sermon on the Mount this year!”

How did it feel to know he had a short time to live? Was there another book he would like to write? Alan smiled.

“I don’t think we should criticize God for not giving us time for all of our good ideas,” he said. “Don’t take this the wrong way, Nelson, but if you had died in heart surgery a year ago, it would have been enough. Look what God has done in your life! Like you, I don’t want to die. But what God has given me is enough. I am at peace. I have had opportunities beyond what I could have hoped.”

Driving home from this encounter, I felt the sadness of approaching farewell. Alan inspired me to be a history major, officiated at my wedding, was a sounding board for vocational decisions, was a missionary colleague in England, got me interested in the early church, encouraged my interest in Anabaptism and helped me learn how to pray. Alan and Eleanor were such mentors to scores–probably hundreds–of people.

When I had thanked Alan for a life well-lived, he replied, “The mission of the church does not belong to me. I soon will be gone, but I see that others will carry on the work to the glory of God, and do things I could never have done. The church belongs to Jesus.” Amen. 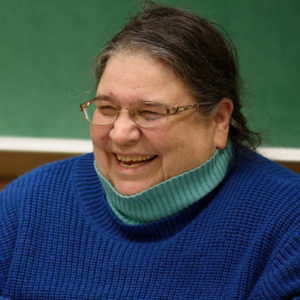 We call ourselves the “Little Company of Jesus” and it was Alan’s idea. When the Anabaptist Prayer Book was published, he said, “Mary, let’s meet at your house once a week and pray the morning service for our South Central Elkhart community.” He, Eleanor, and I were all committed to the prayer book and to our beloved, lower economic, mixed ethnicity neighborhood. Others joined us, neighbors and seminary students, and we have met weekly and prayed for some 10 years or more.

Alan had his own chair; and just to use the past tense breaks my heart. It is a homely, indestructible school desk chair that my Dad had picked up at an auction. Alan appreciated its humble origins and present scruffiness and claimed it week after week. We all respected that—teased him about it unmercifully, of course—but made sure that newcomers knew it was Alan’s chair.

People who pray together regularly learn to know each other in ways that are difficult to describe. Our knowing each other is filtered through God and that matters.

As we pray the categories of the prayer book—prayers for ourselves and those dear to us, neighbors, church, world, other concerns—we open our hearts and minds to each other through the God we are addressing. We listen to each prayer with care and it involves listening with the ears of God. I don’t mean that our ears are God’s ears. But we are joining our human listening with the listening of God. We are claiming, with each other and for each other, as well as for the people and places that we are bringing to prayer, the attention of the God we serve.

We learned, listening carefully to Alan’s prayers for a decade or more. We were privileged. We were blessed. His prayers were as quotidian as his coming in to pray with a smile and a hug. He cared about the small, mundane activities of daily life. He prayed about neighborhood picnics, the meetings of the neighborhood association, the children at the school crossings as well as their teachers and the cafeteria workers. His prayers were also as deeply profound as his own wide-flung and open-hearted experience in the world. He prayed for the unity of the church and peace and justice in the Middle East. He prayed fervently and intimately for the church in England and Japan. He consistently remembered the threat of nuclear arms and those who control them.

In all of these matters, large and small, Alan’s prayerful spirit may best be characterized by one of his own favorite expressions—patient ferment. Alan was firmly convinced that God is everywhere and everywhere active. God is on the move and doing things. The ferment of the Spirit is real and present.

At the same time, Alan knew well the sojourn of human yearning. He knew from prayerful experience that we need patience to see and seek God at work. God’s ways are not always readily visible to us, God’s faithful servants.

Alan also prayed for his friends, one of whom was me. I didn’t do well with his diagnosis. When I saw him these last few months, I mostly dissolved in tears: not the most helpful response.  But he would assure me that we would get each other through this. And we did, right up to the end. Christ is risen, indeed.