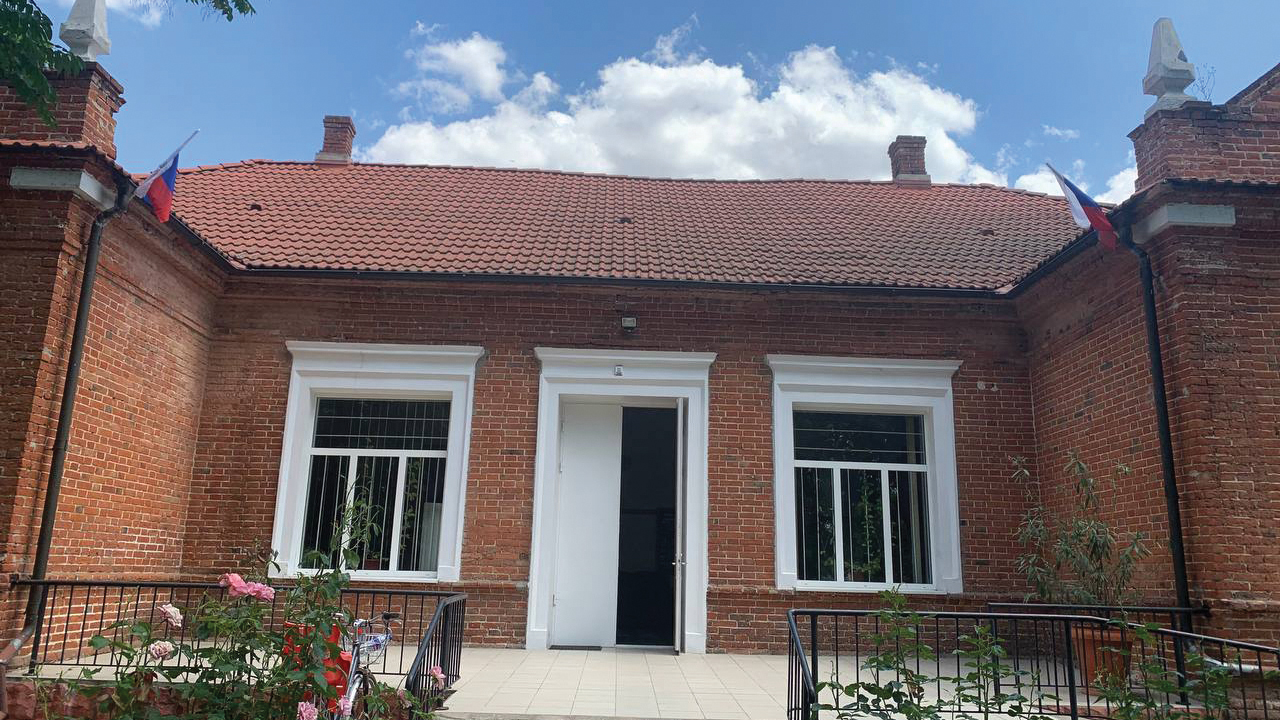 Russian forces seized a Mennonite church building in Ukraine, and a nearby ministry — the Mennonite Centre in Molochansk — abandoned its historic location in response to an ultimatum from Russian occupiers.

The Mennonite church in Molochansk came under Russian control in late August, ahead of plans for a regional referendum on joining Russia. Church buildings of other denominations in the neighboring community of Melitopol also were seized.

The Mennonite Centre, a ministry housed in a former 19th-century Mennonite colony school in Molochansk, has refused to register the organization with Russian authorities.

The center, which assists locals experiencing poverty, is supported by Friends of the Mennonite Centre in Ukraine, based in Winnipeg, Man. The ministry announced that Russians gave notice they would seize the building and three apartments on Sept. 1.

Alvin Suderman, board chair of Friends of the Mennonite Centre, was told the Russian authorities plan to turn the building, which was built in 1905, into a headquarters for a pro-Russian political party.

Russian forces have been in the community since late February, when the building was used as a bomb shelter.

“The work of the Mennonite Centre in Ukraine continues with focus on helping people fleeing the war,” stated the organization. “The Russian occupiers have been showing increased interest in our facility, and this has led to a meeting between our staff at the Centre and the new authorities.”

The current plan calls for relocating the office to the former Mennonite village of Chortitza, now part of the city of Zaporizhzhia to the north. A cluster of former Mennonite colony buildings, such as a girls’ school, hospital and the stately Wallman residence, are under the jurisdiction of the local community, with which the center has an excellent working relationship.

Staff will be hired for the Chortitza office when the organization has more clarity about the local situation.

“Our staff have been offered jobs to work for the Russian authorities, and we believe that most have accepted the offer as they really have no other alternative,” reported the center. “As a result, the opportunity to continue our work in Molochansk has been taken from us.

“Under Ukrainian law, we are still the legal owners of the building and hope someday to return to Molochansk. The building has come to symbolize our work in Ukraine, and we all truly mourn the fact that we will not be able to continue that part of our work.”

Suderman said center manager Oksana Druchynina and her husband, Denys, were the only employees to leave Molochansk. She is in Canada, and her husband will join her soon.

A referendum on joining Russia had been scheduled for the Molochansk area on Sept. 11 but was delayed. “

Many of the pro-Ukrainian people have fled the area,” Suderman said. “. . . Our remaining staff in Molo­chansk are being employed by a Russian human aid organization.”

The Mennonite Centre has been spending more than $30,000 per week since the Russian invasion half a year ago and plans to continue working with partners throughout Ukraine to help people in distress.