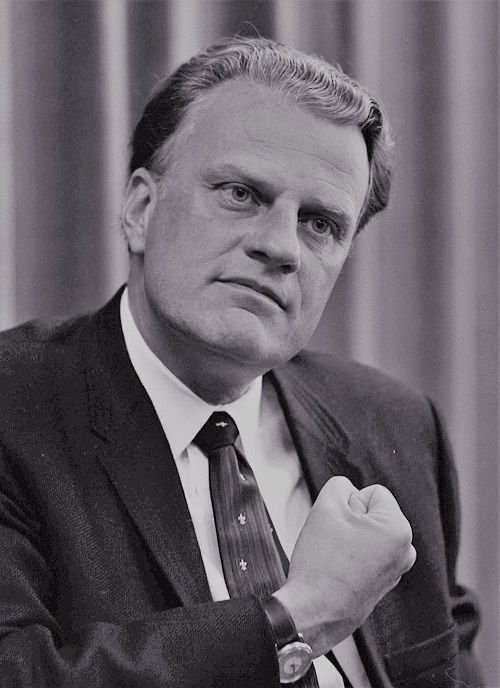 Billy Graham, one of the most influential Christian figures in a generation, died Feb. 21. He was 99.

An evangelist and ordained Southern Baptist minister, Graham not only had a profound impact on evangelicals but more broadly on faith and life in the United States. He reached millions—some have suggested billions—through his unique combination of Christian revivals, rallies, missions and media outreach. He is said to have preached to more individuals in person than any other preacher in history. He was a friend and confidante of presidents, popes and other international leaders. He appeared on Gallup’s list of most admired men and women 60 times since 1955, more than any other individual.

Graham’s strategy and message was not without criticism. As Marshall Shelley wrote in Christianity Today’s obituary, “Some liberals and intellectuals called his message ‘simplistic.’ Some fundamentalists considered him ‘compromised’ for cooperating with mainline groups and the National Council of Churches. His moderate antisegregationist stance during the Civil Rights era drew fire from both sides.”

No matter one’s view on Graham, his impact on religion and politics was, and will be continue to be, even after death, profound.

What can Anabaptists learn from Billy Graham? The Mennonite posed this question to scholars from each of Mennonite Church USA’s colleges and seminaries. Here are their responses.

We could learn from Graham’s warmhearted evangelicalism and his passionate and masterful articulation of the gospel. If only we would be so passionate about making peace in broken places and building bridges of understanding. We could also learn about the pitfalls of becoming “America’s pastor” (or any nation’s pastor) and a counselor to presidents that promotes American nationalism, a gospel defined and confined by this country’s borders.

Long before Mennonites were comfortable with the “ecumenical movement,” they were participating fully in the Billy Graham revival crusades. Many of us were attracted by the biblicism, clarity and simplicity of Graham’s message, and the “altar call” fit well with our conviction that following Jesus should be a public decision. Not least, the Billy Graham crusades offered Mennonites a chance to enter alongside their neighbors into the evangelical mainstream. The long-term impact of Graham’s impact on the Mennonite community has been profound.

Many things might be said in a longer colloquy about the impact of Billy Graham on the religious and cultural world of the United States over the long years of his public ministry. One genuinely appreciative comment to add to that sturdy conversation is that Billy Graham’s evangelistic ministry invited people to a very public and unashamed confession of Jesus Christ as Lord. This was a daring and dangerous confession for first-century Jesus followers in their pluralistic world dominated by empire. And it remains the same for us as 21st-century followers of Jesus, Anabaptist and well beyond, in our own world, so similar to theirs.

Billy Graham has influenced a whole generation of Mennonites as they went to his rallies and watched him on their television screens. While Mennonites are great at responding to the needs of others and living out the gospel, Graham reminded us that the gospel message also needs to be spoken in ways that challenge the hearer to make a decision of faith. Although many Mennonites may disagree with Graham’s methodology, they must admire and respect his deep, heartfelt and life-lived desire to live a life of Christian integrity and share a message that needs to be heard by all. He delivered a consistent and concise message with conviction throughout his ministry.

Billy Graham was first and foremost an evangelist, someone who proclaimed the gospel. And he was an outstanding example of one who did so boldly. What about Anabaptists? Anabaptists are right to “win over” others “without a word,” but “by conduct” (1 Peter 3:1). However, there also is a place for “proclaiming the gospel,” for “it is the power of God for salvation to everyone who has faith” (Mark 1:14; Romans 1:16). May we Anabaptists take inspiration from Graham’s example, then dare to discern when and how to share the gospel boldly with a world in desperate need of it.

I first attended a Billy Graham crusade in 1956, when I was 7 years old. It was in Oklahoma City. I had never seen white people, black people and (American) Indians gathered in the same place, singing the same songs, listening to the same preacher and responding by the hundreds to the same invitation. I last attended a Billy Graham crusade in 1969, in Anaheim, California. A friend of mine responded to the invitation. His life was transformed—not only in the moment but through the years. Billy Graham endured strong criticism from the Christian right and the Christian left. I join in some of that criticism. But Billy Graham can remind Anabaptists of the power of the gospel of Jesus Christ to cross every kind of boundary, to bring people together in their differences and to penetrate the heart.