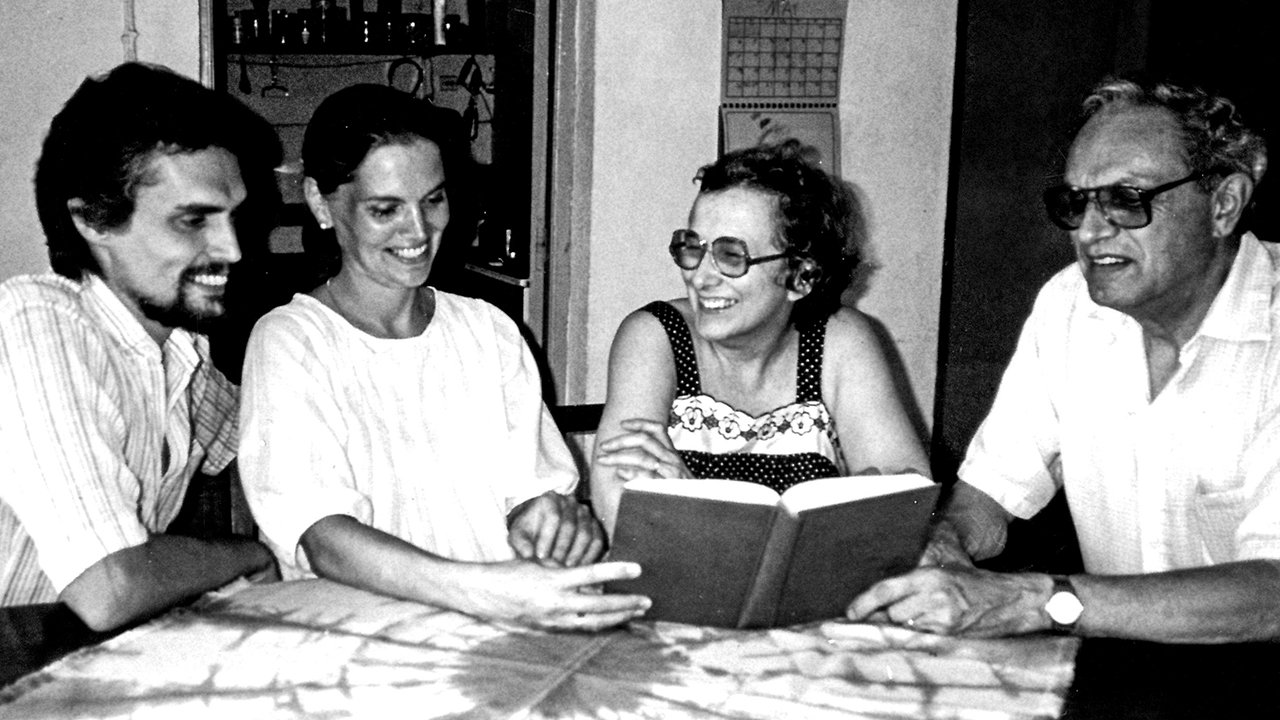 Wilma E. Hollopeter Shank, 97, a mission worker known for her gift of hospitality in Belgium and West Africa from 1950 to 1989, died March 31 at Greencroft Retirement Community in Goshen, Ind.

Theirs was a trailblazing ministry, first in post-Christendom Europe and later from a home base in Ivory Coast, where they worked with members of African-Initiated Churches, or AICs, whom many missionaries refused to recognize as brothers and sisters in Christ.

The Shanks’ way of engaging with global communities in mutual partnerships continues to be a model for Mennonite Mission Network. The Shanks were attentive to the ways God is already at work in every culture while also recognizing that Jesus critiques every culture.

Born May 30, 1924, to Ray and Velma Spicher Hollopeter of Boneta, Ohio, she graduated from Goshen College, where she met David Shank, whom she married in 1948.

In 1950, the Shanks began their ministry through MBM in Belgium, where they provided emergency relief and care for children orphaned by World War II. They developed relationships with immigrants, created the Brussels Mennonite Center and re­established several Anabaptist congregations after nearly 350 years without Anabaptist churches in the country. She played the organ at the Evangelical Church of East Brussels.

In 1973 the Shanks returned to Indiana for three years. They helped establish Assembly Mennonite Church in Goshen while David taught at Goshen College. Then they moved to Scotland, where Wilma completed two years of graduate studies at the University of Aberdeen.

The primary AIC the Shanks engaged with was the Church of Christ—Harris Mission.

“With Wilma’s death, the Harrist Church loses one of its worthy daughters,” wrote Richard Djorogo Adja, a pastor in Ivory Coast. “She was a woman whose commitment, competence and spirit of initiative always guided her actions in the service of the church. [The Shanks] were deeply in love with peace and open-mindedness.”

The Shanks retired in Sturgis, Mich., and then in Goshen. In 2010, a few weeks before David’s death, Goshen College honored them with its Culture for Service award.

She served Indiana-Michigan Mennonite Conference as a visiting minister and was ordained as a conference overseer. She maintained an active peace witness, writing letters to politicians, and participated in Berkey Avenue Mennonite Fellowship.

Her family and friends remember her as a caring presence, an avid reader, a lover of music and an optimist.

“My mother’s hospitality was the perfect backdrop to my parents’ involvement in other people’s lives,” said daughter Rachel Shank. “At her table, I learned that food does more than feed the body.”