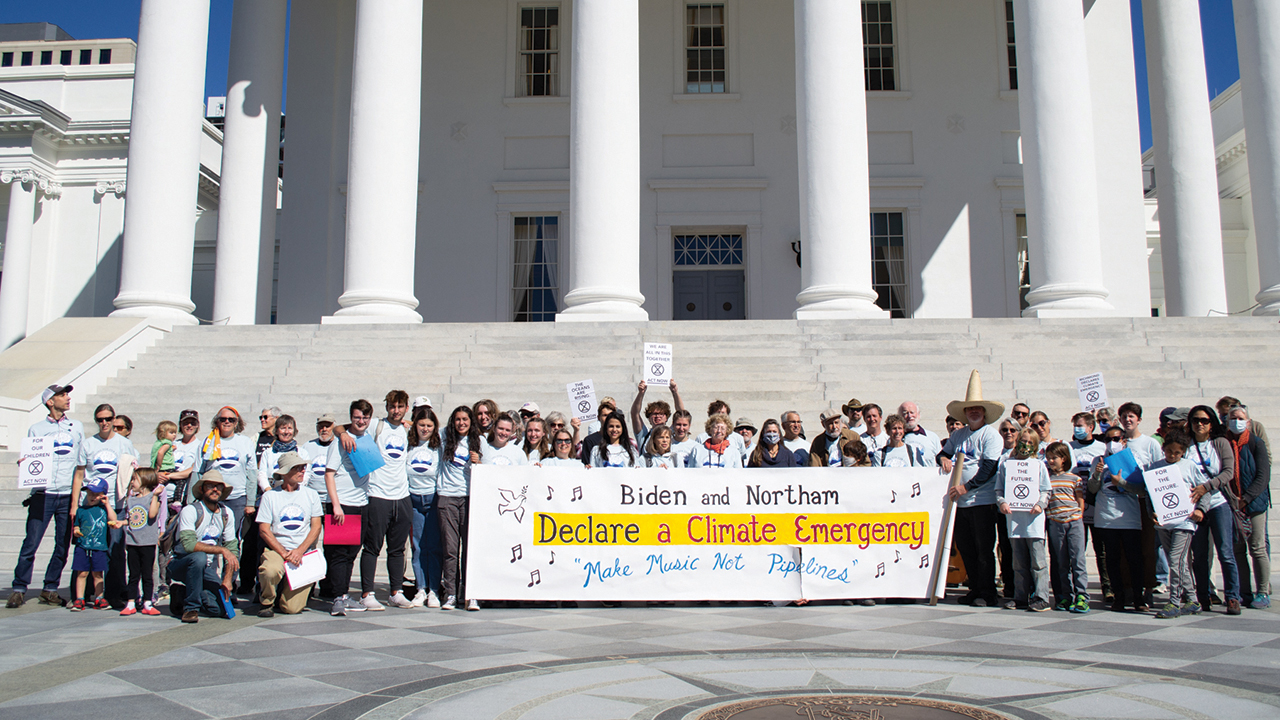 A “climate emergency choir” gathered Oct. 18 at the Virginia State Capitol in Richmond to call on political leaders to address the climate crisis. — Earl Martin

A “climate emergency choir” of Mennonites and their friends called for urgent action on the climate crisis in song Oct. 18 at the governor’s mansion and other political offices in Richmond, Va.

More than 60 people sang hymns about the sacredness of the Earth, conviction and faith as they called on Gov. Ralph Northam to take steps toward reducing fossil fuel use in Virginia.

Choir members wore T-shirts announcing they were “Singing for Our Lives.”

The choir called on the governor to stop construction of the Mountain Valley Pipeline, which Northam could do if he were to declare a climate emergency. The 300-mile natural-gas pipeline — under construction through national forests and pristine waterways — would carry the equivalent of the atmosphere-heating gasses of 26 midsized coal-burning power plants, according to the nonprofit research institute Oil Change International.

Members of Shalom Mennonite Congregation in Harrisonburg played primary roles in organizing the choir, which was led by Pastor Brian Bolton.

“We pray for you the great courage to declare a climate emergency . . . which would free up energy and resources for this state to launch new possibilities for climate healing initiatives and bold actions so long overdue,” stated the letter to Northam.

The choir also visited the offices of senators Tim Kaine and Mark Warner and the Virginia Department of Environmental Quality.