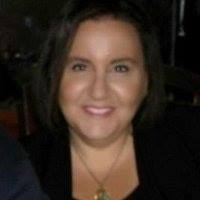 On Jan. 10, the board of directors of Ten Thousand Villages announced the resignation of Carl Lundblad as Chief Executive Officer of Ten Thousand Villages and appointment as a member of the board. To ensure the continuation of its current strategy, the board appointed Llenay Ferretti as acting CEO until a permanent successor is named. Lundblad will remain on staff through Feb. 1 to assist with the transition.

Ferretti has been working in a consulting capacity, overseeing the organization’s transformational brand strategy during the last nine months. She has a long history with Ten Thousand Villages, including as an executive director and more recently as a member of the board. She is the founder of Bhavana World Project, Inc., a social enterprise that specializes in trade development and skills training with a focus on the socioeconomic advancement of women through international trade.

“I’m grateful for the significant work Carl has done to position Ten Thousand Villages for success in this retail climate and look forward to applying my experience in the international artisan sector and business development to further develop our model and grow our global impact,” says Ferretti.

Lundblad joined Ten Thousand Villages in October 2016. Under his leadership, and with significant help from its partner in mission, Mennonite Central Committee, the organization significantly restructured its operations, reduced expenses and began a multiyear growth strategy, driven by a refreshed brand, expansion of wholesale and e-commerce markets and strengthened connections with key stakeholders, including 37 branded contract-store partners.

Through a recently appointed search committee, the board will conduct a thorough national search for a successor CEO. Nominations are encouraged, and potential applicants and nominations should be directed to jamie.trevino@tenthousandvillages.com to obtain additional information about the position and the application and selection process.