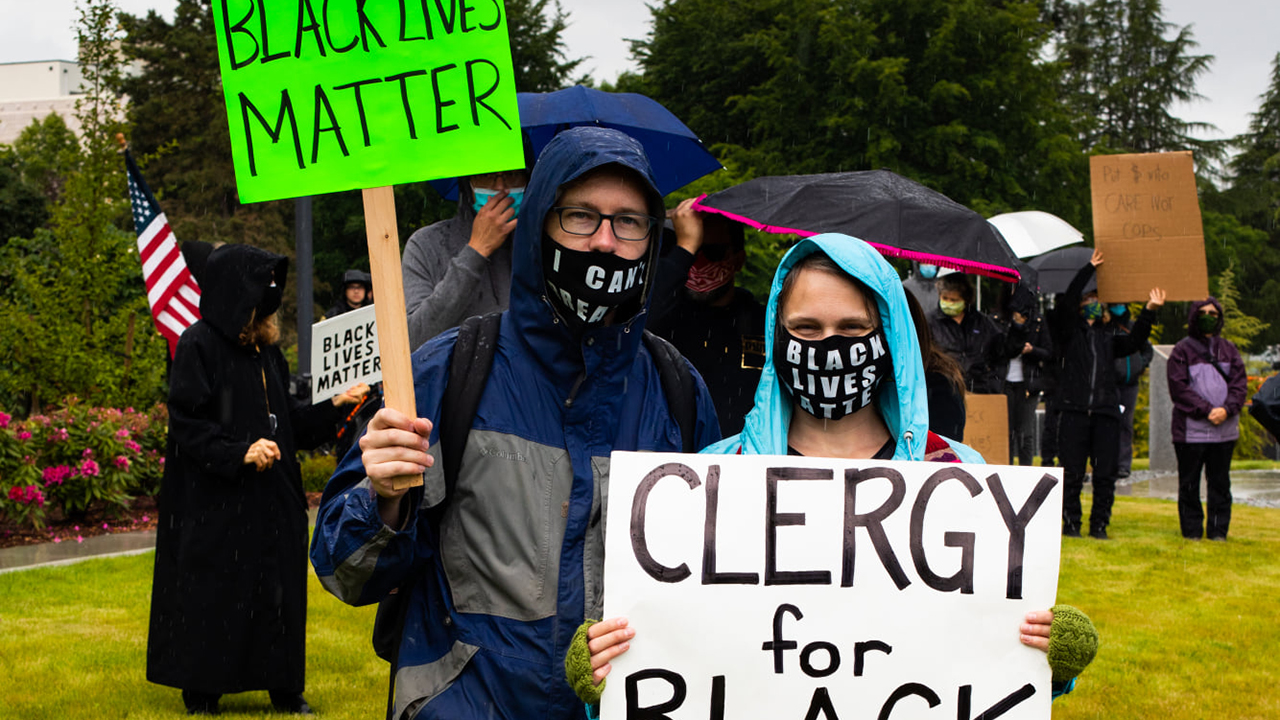 2020 has been a wild year. On May 25 we witnessed the video of the murder of George Floyd. Protests have taken place around the country ever since.

When the protests began ramping up here in Salem, Ore., I was determined to participate as a Black man, a pastor and as a new resident of this city.

The evening before one of the biggest protests in our area, I received an email from a local clergy group presenting the idea of attending the protests together. I was immediately excited about this opportunity — the church being the church, showing up for our community and proclaiming that Black lives matter.

Imagine my disappointment as I continued to read my brother in Christ’s email and saw that he planned to attend “not to protest but to listen.”

Was he not listening before?

I declined the invitation and participated in the protest instead.

This was not a one-off situation. We see this attitude from many Christians in the United States. When we do not necessarily agree with the streets, we instead just listen to the cries of the people and attempt to clean it all up with our best Jesus language.

I have seen churches fall victim to this attitude repeatedly.

What we seem to forget as Christians is that the church belongs to the streets.

The church belongs to all. Our churches are planted in many diverse neighborhoods and communities, and it is our responsibility to be in tune with our neighbors.

We are called to be in solidarity with the people in the streets. When they hurt, we hurt. When they rejoice, we rejoice. When they mourn, we mourn.

Yes, we are called to be different, but the Christian ethic calls for us to be with the people we are among. The church was not created for the elite or to be the aloof oppressors who continue the ways of white supremacy. The church was created as a gift from God to creation, a gift that allows us to participate in ushering in the kingdom of God.

In Matthew 21, Jesus has his authority at the temple questioned. He is approached by the religious leaders for his teaching of the people, and he shares with them the parable of the wicked tenants.

This text is often used to promote a theology of supersessionism, where the Jewish people are replaced by Christians. This toxic theological idea has fueled anti-Semitism around the world.

I believe the correct reading of this text stems from understanding whom Jesus is speaking to. He is speaking to religious leaders who manipulate the people.

Perhaps a correct reading of this parable creates scary news for our churches. Are we giving the fruits to God? Are we serving the streets or participating in their destruction?

We as Christians must remember that we have been called to live in solidarity with those in our communities. If we are not advocating for the oppressed, we too could be judged by God as the tenants were judged.

The church belongs to the streets, and it is time to take it back.