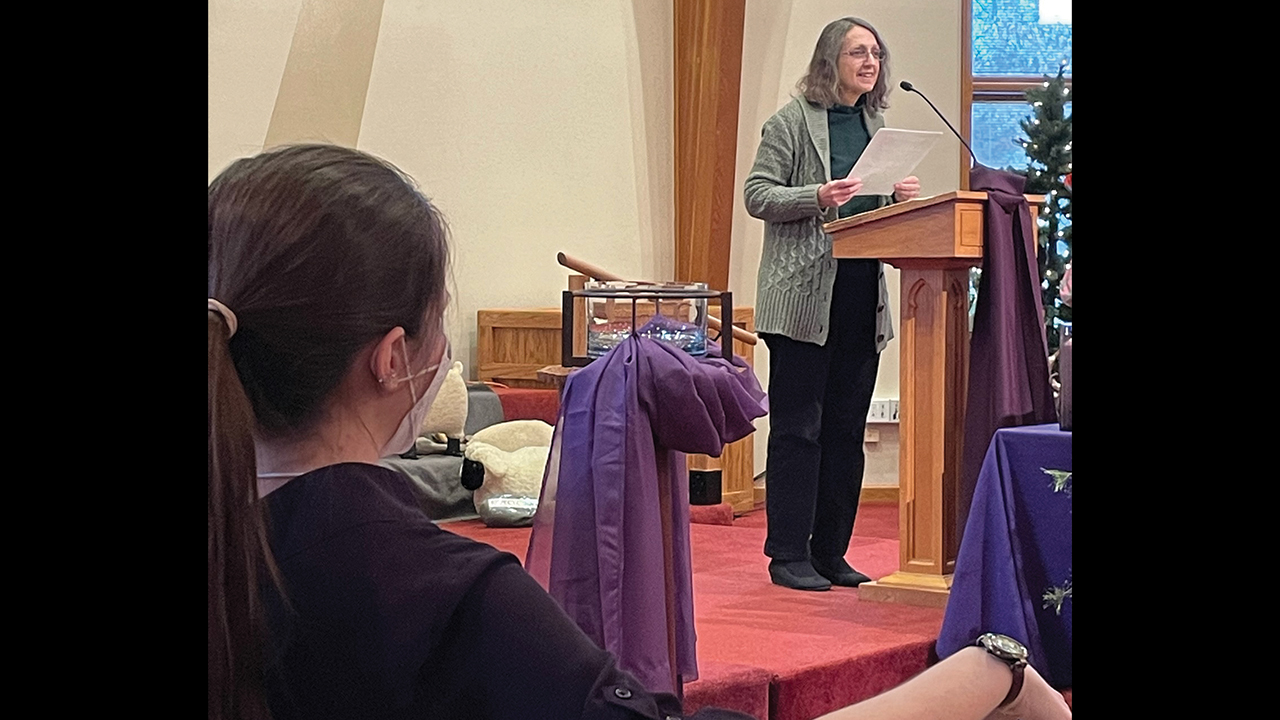 Monica Miller found her voice in her first pastorate not behind the pulpit, but in the pews.

Believing the worst of a case of long COVID was behind her, Miller was hired in November 2021 as pastor of First Mennonite Church in Indianapolis. The virus had targeted her diaphragm nearly a year earlier in such a way that breathing was difficult and speaking impossible.

“Progress before this summer was excruciatingly slow, but it was very steady with few ups and downs,” she said via keyboard in an online messaging conversation. “. . . Then this June, for no reason we’ve been able to discern, I went a million miles backward in the span of a week. Confined to bed. Unable to talk.

“I went on medical leave for two months and then eased back into ­basically full-time work by now, but with accommodations.”

The congregation has supported her in a host of ways, perhaps most intriguingly with a group of five women and two men who have been preaching the sermons she writes.

“ ‘Sermon readers’ is the term we use the most, though I also throw in ‘sermon midwives’ at times, since they’re helping the delivery,” Miller said. “What we’re doing now is a development of a contingency plan I already had in place.

“Prior to this summer, I had three readers ‘on call’ just in case something were to happen on a Saturday that would leave me too depleted to preach the next day.”

The rotation has taken turns reading Miller’s sermons while she becomes a spectator. In the beginning, the “midwives” would receive a document the day before worship.

“I think the first one I got was a day before,” said Mary Liechty, one of Miller’s orators. “I went over it three or four times, I sent her questions, then delivered it. The more recent ones, she’s been trying to get to us a few days ahead of time to go over them, ask questions about anything that we’re confused about.”

What stands out to her is how vulnerable Miller has allowed herself to be, allowing others to interpret her words.

“She’s a gifted pastor in terms of her ability to write sermons. Tremendously gifted,” Liechty added. “And when she writes I think she tries to hear the voices of the people who she knows will deliver the sermon.

“It’s a huge responsibility but also a challenge. It allows us the chance to get deeper into the sermons ourselves because we can see the process better than we ever could before.”

Miller noted it is important that each week’s reader is a person, not just a proxy. She takes the reader schedule into account.

“I can tailor the sermon to play to the readers’ strengths,” she said. “We have poets who beautifully handle ­poetic sections, storytellers who channel the full range of a biblical character’s emotions and quiet comedians who get the congregation rolling with the laughter.”

There is little precedent in the mainstream church for pastors who can’t verbalize. Miller can participate in online Zoom meetings by typing anything she wishes to say in the chat window, but face-to-face conversations above a whisper can be challenging. Relatively loud spaces, like after-church conversing, require her to communicate by typing on her phone.

The congregation has lined up Craig Oury, a pastor at Shalom Mennonite Church in Indianapolis, to help a couple of hours a week with pastoral care, in addition to a team of volunteers from the congregation.

When her stamina was limited, time in a wheelchair opened her eyes to issues of accessible spaces, including church stages that may only be one step high.

“More specific to pastoring, though, is that chronic illness and disability were never in the picture when I envisioned myself as a pastor, and I don’t think I know any pastors personally who wrestle with those things. I know they’re out there, though!” Miller said. “Reimagining preaching as a functionally mute preacher is a vast, unexplored landscape that fascinates and excites me for what it might hold.”

“It does make you think about disabilities and how much we support those with disabilities and celebrate the tremendous gifts that exist,” she said. “This is a tremendously gifted human being. What if we lost — because we are rigid — the insights of this person who has so many gifts?”

Long COVID remains a mystery, but for now, Miller has reasons to be optimistic.

“I’m happy to report I’m improving, albeit very slowly,” she said. “Delivering a sermon is a full-body workout, and I’m not holding my breath for when I’ll be able to preach again, but I’m optimistic I will someday. In the meantime, I’m grateful for such a talented team of readers!” 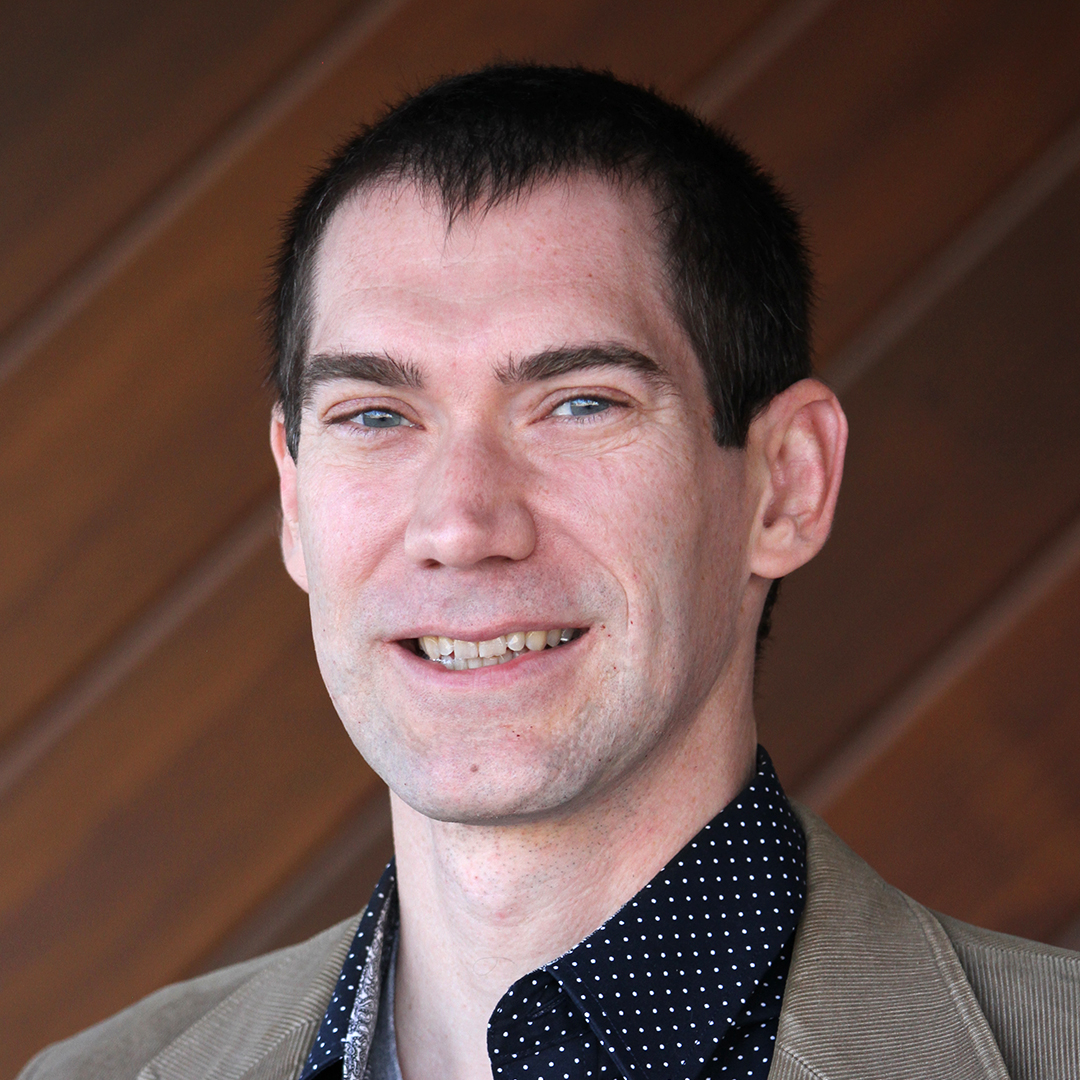