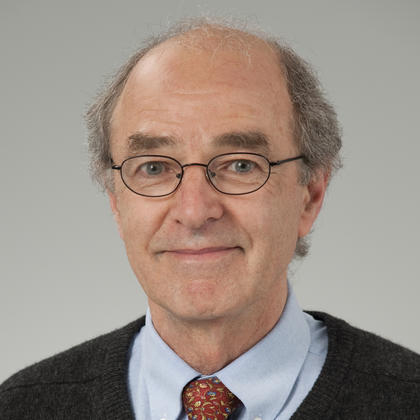 Mennonite Church Eastern Canada has terminated the ministerial credential of John D. Rempel, a prominent Mennonite theologian, due to sexual misconduct while a staff member at Conrad Grebel University College in the 1970s and ’80s.

MCEC announced the decision Oct. 20 after investigating complaints by former students at Grebel, which is in Waterloo, Ont.

“I am deeply moved and thankful that these alumni came forward to share their stories with me and brought these painful truths to light,” Shantz said. “. . . I want to express our heartbreak, our sadness and our great regret that they were harmed. . . . Carrying these wounds for decades has been an unfair burden for these alumni, and I hope that bringing this to light brings some healing for them and their families.”

The MCEC Leadership Council “found Rempel guilty of ministerial sexual misconduct and ministerial misconduct” based on an investigation by an independent team, a hearing process and Rempel’s “acknowledgement of certain incidents of misconduct,” according to MCEC. “. . . No complainants were minors at the time of the alleged incidents.”

Rempel was ordained in MCEC, which is a part of Mennonite Church Canada, in 1982.

Currently of Niagara-on-the-Lake, Ont., Rempel has had a wide-ranging career in ministry. He was pastor of Manhattan Mennonite Fellowship in New York City from 1989 to 2000 and Mennonite Central Committee’s liaison to the United Nations from 1991 to 2003. He joined the faculty of Anabaptist Mennonite Biblical Seminary in 2003 as professor of theology and Anabaptist studies, retiring in 2012 to take a part-time role as director of Toronto Mennonite Theological Centre until 2015.

Responding to Anabaptist World’s request for comment, Rempel said by email that he “rejected some of the allegations as not factual” and “accepted others as true statements of my transgressions.” He said he was ashamed of his sin, “pleaded with the officials to take into account my nearly 40 years of celibate life” and expressed his “desire to repent, receive forgiveness and make amends.”

Mennomedia cited the impact of MCEC’s decision due to Rempel’s work as a writer and editor. He served on the worship committee for Hymnal: A Worship Book, as editor of the Minister’s Manual used by MC Canada and Mennonite Church USA and author or co-compiler of books including Take Our Moments and Our Days.

“Over the years, Rempel has been involved on various writing and editorial teams for MennoMedia publications,” said Amy Gingerich, MennoMedia publisher and executive director. “We will work with Mennonite Church USA and Mennonite Church Canada to study the publications in which Rempel has been involved, and we will seek outside expertise and discernment as we wrestle with the complicated questions this revocation of credentials raises.

“In Scripture we repeatedly see God standing with survivors, and MennoMedia stands with survivors at this time. We know that Rempel’s work has been used as authoritative across the denominations, and we know that many, including us at MennoMedia, are grappling with how to respond.”

MC Canada, MC USA and Mennonite World Conference released a joint statement, which said, in part: “As church bodies with which Rempel has worked closely over his career as pastor, professor and theologian, we grieve for the victim-survivors harmed by Rempel’s actions and honor their courage in coming forward. . . . .

“[W]e uphold MCEC’s decision to take decisive and public action in this situation and to walk alongside victim-survivors on the path of healing and wholeness.”

Rempel was one of six Mennonite participants in an ecumenical dialogue on baptism that took place with MWC, the Roman Catholic Church and Lutheran World Federation from 2012 to 2017.

AMBS stated MCEC inquired whether the seminary had received any reports of misconduct by Rempel while he was employed there. AMBS reviewed its records, checked with former administrators and found no instances of reported misconduct.

Mennonite Central Committee was not part of the investigation. Rempel served with MCC in the Philippines from 1986–87 as a service worker in religious and theological education, and later in MCC’s United Nations office in New York City.

“We were not part of the investigation,” he said. “And now we need to discern how best to care for the congregation with this disheartening news.”

Grebel President Shantz said the college will support the survivors with professional counseling and whatever other assistance they require.

Rempel no longer holds any affiliation with Grebel and is restricted from campus and Grebel events. Shantz required Rempel to withdraw from the role of senior fellow at the Toronto Mennonite Theological Centre.

MCEC and Conrad Grebel stated they remain interested in hearing from survivors of Rempel or any misconduct of a credentialed leader.