During a trip to Portugal, we were strolling around Lisbon when we walked past the statue of a Portuguese general. This military hero from long ago was astride a horse, with reins in one hand and a sword in the other. The statue embodied the imperial aspirations of a Portugal that is now long gone.

In my travels I’ve seen this same statue in every capital city — the horse, the dude, the sword, the pigeon droppings. Of course, they’re not really the same statue, but if you’re a foreigner and don’t know who the hero is, they all look the same. So I remarked, “There’s always some dude on a horse.” We laughed, and it’s become a running joke. Now we have to say it every time we see one of these statues.

After working this quip into some of my sermons people now regularly send me photos of these statues from around the world tagged with, “There’s always some dude on a horse.”

I’ve seen horse-riding dudes in capitals from Lisbon to London, from Rome to Paris, from St. Petersburg to Washington, D.C. Of course, the dude with a tricorn hat on a horse in D.C. is George Washington.

It makes a difference if the dude is your dude. Most Americans, upon beholding this marble dude, will feel the kind of ­patriotic stirring in their bosom that the citizens of other lands feel for their equestrian statuary. 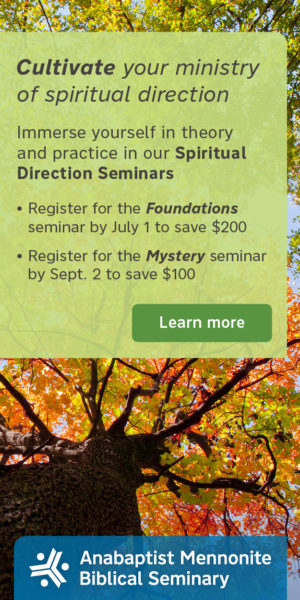 The poems of the Hebrew prophets mock the slogans and anthems of nationalistic propaganda. In his anti-imperial, countercultural poems, Zechariah imagined an entirely different kind of king as Israel’s Messiah — the antithesis of all the dudes on their horses.

Rejoice greatly, O daughter of Zion!
Shout aloud, O daughter of Jerusalem!
See, your king comes to you;
triumphant and victorious is he,
humble and riding on a donkey,
on a colt, the foal of a donkey.
He will take away the chariot from Ephraim,
and the warhorse from Jerusalem.
The weapons of war will be ­broken,
and he will teach peace to the ­ nations;
his dominion shall be from sea to sea,
and from the River to the ends of the earth.

I understand the world is going to have its infatuation for the kind of conquest and militarism symbolized by those dudes-on-horses statues seen in every capital city. But must it be so among those who are heirs of the Hebrew prophets and followers of Jesus of Nazareth? ­Isn’t part of what makes the world the world and not the church, the fact that the world still holds to the old ways of war, while the church follows the king who refused to ride the warhorse? At least isn’t it supposed to be that way?

One of my deepest concerns for the evangelical church in America is the religious reverence it holds for the ways and means of war.

Recently I heard of a Baptist church in Texas that on the Sunday before Memorial Day replaced Christian hymns of worship with the fight songs of the various branches of the military. Instead of singing “Amazing Grace” and “Rock of Ages,” they sing “Anchors Aweigh” and “The Caissons Go Rolling Along.” Imagine a church on Sunday morning standing in worship and singing the first verse of “Anchors Aweigh”:

Stand, Navy, out to sea, Fight our battle cry;
We’ll never change our course, So vicious foe steer shy.
Roll out the TNT, Anchors Aweigh. Sail on to victory
And sink their bones to Davy Jones, hooray!

What madness is this? Roll out the TNT?! Sink their bones?! Hooray?! I can understand this hymn being sung in a Temple of Mars, but in a church that claims to follow the one who taught us to love our enemies?

Jesus is not some dude on a horse. Jesus did not win his fame in the way of Alexander the Great or George Washington. Jesus did not, “roll out the TNT.” When we see statues of Jesus, he’s not riding a warhorse, but dying on a cross.

But that’s the point, isn’t it? The dudes on their horses are oh-so-serious, but Jesus skewers it all when he rides the two-sizes-too-small donkey on Palm Sunday. It’s because of Jesus that I can poke fun at the dudes on horses.

Of course some will ask, what about the white horse rider in the book of Revelation? In the end doesn’t Jesus resort to the ways of war? No!

If God’s final solution for violence is simply a more gruesome version of the Nazi Final Solution, then we might as well throw our Bibles away and roll out the TNT. And those caissons go rolling along. For that matter, if the world is to be shaped by violent power and not by co-suffering love, we should stop quoting Jesus and start quoting Nietzsche. If God’s solution for evil is to kill people who are evil, God didn’t need to send his Son — he could have just sent in the tanks.

Reading the end of the Bible as though Jesus ultimately renounces the Sermon on the Mount and resorts to catastrophic violence is a reckless and irresponsible reading of the apocalyptic text.

I’ve written elsewhere about how we should read the symbols in the Book of Revelation. In the metaphorical picture of a triumphant Christ riding a white horse, the rider is drenched in his own blood before the battle begins, and the rider whose name is The Word of God prevails with a sword from his mouth, not a sword in his hand. This is how John of Patmos subverts Caesar who, after all, is just another dude on a horse.

Jesus does not conquer in the manner of Julius Caesar or Genghis Khan (whose armies killed as many as 10 million); Jesus conquers as a slaughtered lamb — by shedding his own blood on the cross and speaking God’s word of forgiveness. Jesus saves the world from the war dudes on their war horses.

Brian Zahnd is the founder and lead pastor of Word of Life Church, a nondenominational Christian congregation in Saint Joseph, Mo. He wrote about being influenced by Anabaptism in his book, A Farewell to Mars. This is an except from Postcards from Babylon. He blogs at brianzahnd.com, where this post first appeared. 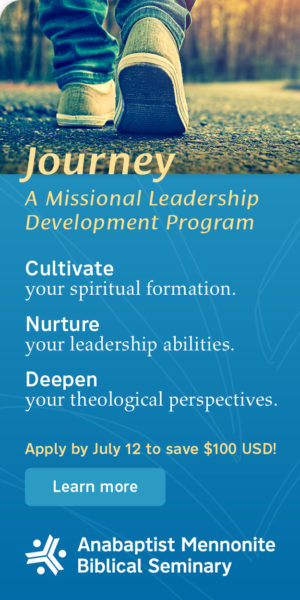