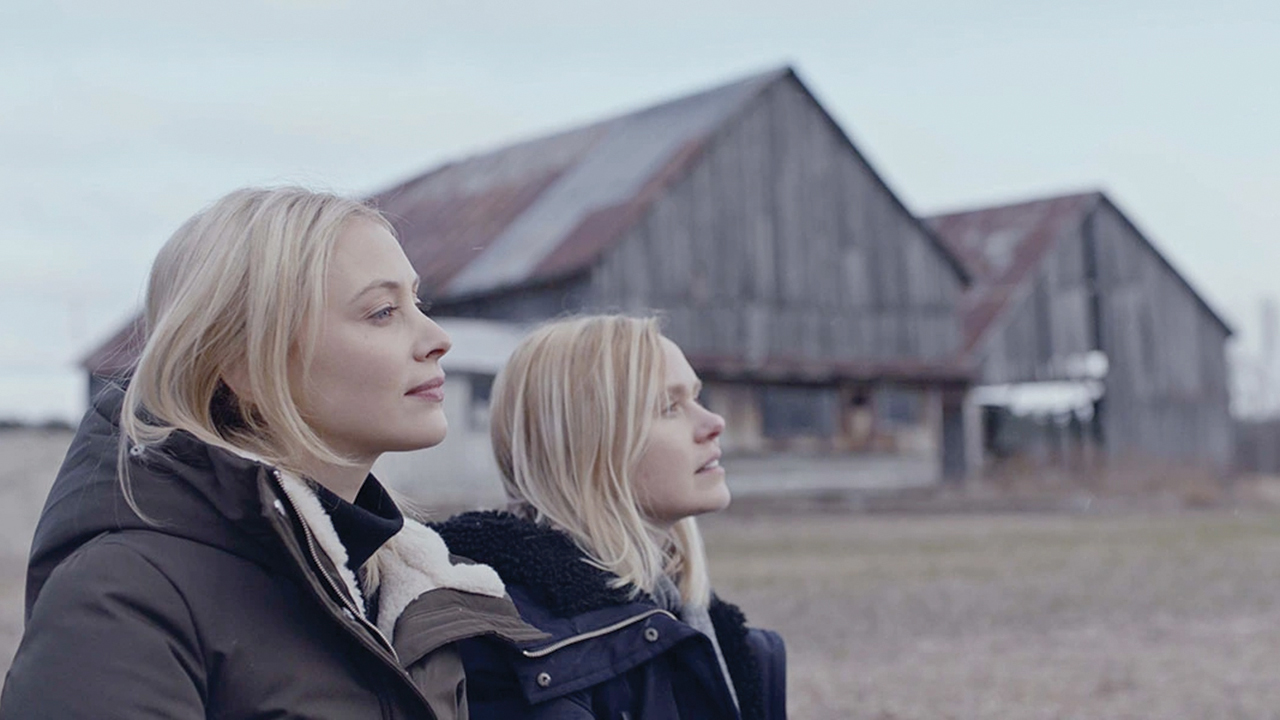 Sarah Gadon and Alison Pill in a scene from All My Puny Sorrows. — Toronto International Film Festival

This year has been busy for Canadian novelist Miriam Toews.

Her latest novel, Fight Night, was released in August in Canada and October in the United States.

A film version of 2014’s All My Puny Sorrows debuted in September at the Toronto International Film Festival.

While many readers are already familiar with Toews’ stable of novels inspired by her Mennonite upbringing, the broadest audience yet might get to know her when a star-studded cast completes shooting her 2018 novel, Women Talking.

Starring Alison Pill and Sarah Gadon, All My Puny Sorrows focuses on two Mennonite sisters. They have left their strict Mennonite upbringing after their father’s suicide and navigate depression and suicidal thoughts, tracing a thread of generational trauma stretching back to their immigrant Mennonite grandfather’s persecution by Bolsheviks.

The film premiered Sept. 10 in Toronto. Reviewers suggest that while this drama oscillates powerfully between joy and sadness, it is even more focused on using the characters’ humanity to open societal conversations about mental health and suicide.

Director Michael McGowan told Variety he was attracted to the adaptation because of the way the book examines with empathy the reasons people want to die or commit suicide, especially within a community where religion’s influence is prevalent.

Toews “was supportive throughout the whole process from the beginning,” he said, “allowing me to option the novel to reading drafts and talking about the struggle of trying to adapt, having conversations with the actors, giving us ideas for set design and just generally being sort of a great supporter of the whole process.”

Women Talking, starring Frances McDormand in the lead role, was filming in August and September in Toronto. Based on the novel by the same name inspired by actual allegations of widespread rape in an Old Colony Mennonite community in Bolivia, the plot follows a group of isolated women who are sexually assaulted by nine of the community’s men.

In secret meetings, they debate whether to betray pacifist teachings and fight back, or to leave the church — and therefore God — by fleeing the community.

The acclaimed book was released in the wake of multiple celebrity sexual-misconduct and assault scandals and the #MeToo movement. By addressing society’s habit of tolerating men’s boorish behavior, Women Talking struck a chord with its unflinching look at how women suffer the consequences.

Nothing comes easy for Swiv, her mother and grandma. They fight so their spirits are not broken. They love unconditionally through their dysfunction. They fight for their mental health, for joy and for life itself. In Fight Night (Knopf, Bloomsbury) by Miriam Toews, three generations of women support, anger and love each other as they live together cramped in their Toronto home, each facing monumental change. Told mostly through the voice of a precocious 9-year-old, Toews’ latest work continues her trademark examination of the potential fallout of strict religious upbringing and domineering patriarchy.

Nadja Spiegelman writes in The New York Times that every great artist circles her own central fire of trauma refracted in their works, and these pages are practically singed. “Toews’ fire is a twin flame: the suicides of her father and sister, a decade apart, both by stepping onto train tracks; and the authoritarian, patriarchal Mennonite values that she escaped,” she says. “Her eighth novel finds its characters in the aftermath of it all: The suicides are long in the past, the Mennonite village long left behind.” The title may focus on fighting, but the characters’ relationships focus on love.