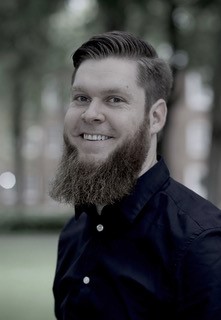 Philipp Gollner is Assistant Professor of US History at Goshen (Indiana) College. He is also the book review editor for Mennonite Quarterly Review.

1. Hubert von Goisern, Brenna Tats Guat (Live recording from Vienna): A rapped-ish and accordion-heavy Austrian environmentalist battlesong against king ethanol. It doesn’t sound like German, because it’s Austrian and/or Bavarian; my kind of German. This song has become way too popular in my home country by now, but when it hit the charts, I had just moved to Chicago and it remains a strange cultural bridge to me. Plus, it suggests that Christians know where the Devil, ahm…visits the restroom. And I have been wondering about that.

2. Jakon Dylan, Everybody’s Hurting: From urban Europe to suburban America. Because there’s no “there there” (Gertrude Stein ruminated on U.S. Suburbia, saying, “The trouble with Oakland is that when you get there, there isn’t any there there.”) and because Neko Case’s background vocals give me near-Mennonite harmony-crush. This song takes you on to an America unforgiving (“evenings cold enough to pluck your feathers out”) and barren (“we’ve hunted these hills dry/we’ve long outlasted the winter and our last wood pile”), an America playable with the humble range of chords on my first guitar, an America bound for either recession (“we’d sell this valley if we could, go north”) or eternity (“how sweet salvation sounds!”). An America I hadn’t met in all her starkness, that added somber sour to the shiny sweet of moving to Chicago for a glitzy grad school.

3. Gillian Welch, The Way It Goes: “Becky Johnson bought the farm, Put a needle in her arm. That’s the way that it goes. That’s the way.” More Americana gray matters. Or white ones. A musically sparse and lyrically dark description of places and peoples they didn’t tell me about when I was an Austrian high schooler on a diet of Gilmore Girls, The Simpsons and South Park. The America that ivory towers pity as needy or revile as deplorable. The America I’d like to get. My hillbilly overture, not elegy.

4. Killer Mike, R.A.P. Music: Atlanta (hip-hop’s “center of gravity, the New York Times said, plus a defunct NHL team, CNN and all), however, that’s a world away for a first-generation college kid from an Austrian village. Oh, and religion, that thing that sparked my interest in this strange country in the first place. “I never really had a religious experience,” Killer Mike, a part-time barber, Bernie surrogate and family man, says at the start of this song. Only to tell us that this, this music, “This is church! Front pew, amen, pulpit.” And then that next line might as well be, “Here in this world, dying and living, we are each others’ bread and wine.” R.A.P. Music is that close to song #1 in Hymnal: A Worship Book that it still gets me to raise my hands sometimes. (“Huub Oosterhuis” is on Spotify, too, by the way.) Please note that this song does include some profanity.

5. Children of the Heavenly Father (Tryggare kan ingen vara): There she was, just a little more than one pound, four months too early. A fetus, in most states. The first child, in our home. She fought, and fought, and, with the best mother, nurses and doctors, made it. Quite well, actually. A few hours into that fight, all gowned up, I found myself humming this hymn in front of a darkened incubator. I still don’t quite know why. This song had not been terribly special before. It always sounded too kitschy, other-worldy; but I am cured from hymn-snobbery now. (This recording is the (original) Swedish version, live from Stockholm’s Globen. Five years later, I sat in that arena, watching Swedish hockey. It felt like six months later.)

6. The Book of Mormon, All-American Prophet: Speaking of whiplash: there is something just right with a simultaneously snarky, accurate and endearing story of how religion always happens in culture and in place, matters a lot and then makes for ever new cultures and places. There’s nothing naked about this –ism. It helps that the LDS Church placed a tiny ad in the program book when I saw this musical in London, and that the creators are of South Park fame. One hundred years from now, will historians look back at “Martyrs’ Mirror: The Musical,” today in Goshen, tomorrow in Jakarta?

7. Matisyahu, One Day: Jewish Reggae from Brooklyn. Performed gently by Sara Merson in a bomb shelter in Ashdod during the last Gaza war. “One day we’ll all be free and proud to be, under the same sun, singing songs of freedom.” That sounded vulnerable. It was performed defiantly by Matisyahu himself to overtly anti-Semitic crowds in Europe last Summer after “Boycott!” pressure got him disinvited from festivals. “It’s not about win or lose, ‘Cause we all lose when they feed on the souls of the innocent; blood-drenched pavement; keep on moving though the waters, stay raging.” That was a gracious provocation, intended to cut through layers of black and white. As most of our prayers need to, hands down.

8. Greensky Bluegrass, Windshield: An unwieldy song for kids of divorce, and proof that Bluegrass can kick… you know, something. And proof that the Midwest is still on the forefront of innovative musical Americana before it reaches the shiny coasts and supposedly greener grasses. Greensky is based in Kalamazoo, Michigan, a short hour north of Goshen. Please note that this song does include some profanity.

9. Belle and Sebastian, Sleep the Clock Around: Before there were hipsters, there were hipster beards. I know. And before I started wandering, these Scots provided a heartsong that endures, back from when I first saw them live in Munich. The trouble of leaving, the comfort of staying, all woven into a multi-instrumental journey to “the place where you’re finally found, and you can look at yourself…” (recorded at a BBC Live session)

10. Iris De Ment, Go on Ahead and Go Home: No idea why the DJ in a Northern Swedish blues club last year put this on. But hey, it was a long day of researching Scandinavian Mormons, Pietists and Evangelicals who moved to America. And they all thought they’d “go home.” And I had a dissertation on the line and future homes were uncertain. “Down in the deep of the night; in the deep of the night. On a creaking porch swing, the ancient ones sing ‘everything is alright.’” And may it be so.