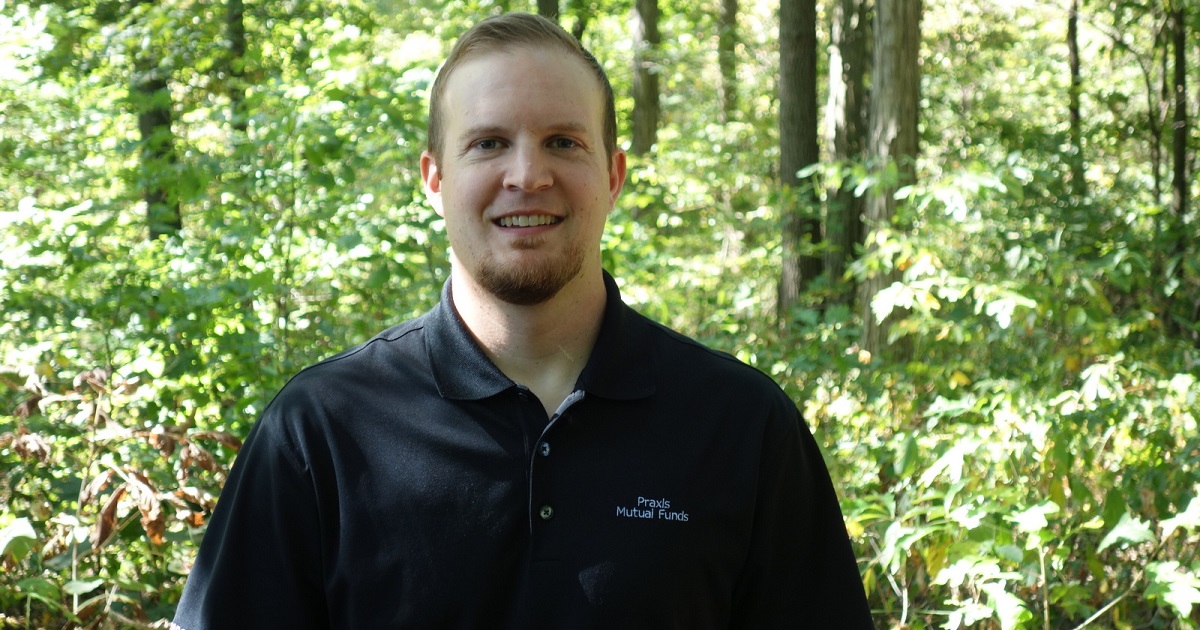 This is a web-exclusive article on the theme “Positive uses of power.” For more stories on this theme, see the October issue of The Mennonite.

Since adolescence, I’ve aspired to work toward a just and sustainable world. My motivation stems in part from feelings of dread and urgency about the trajectory of life on earth and in part from my desire to seek shalom, which I define as right relationships among humans, God and the earth. Through influential authors and classes, as well as significant personal and spiritual reflection, my vision for change emerged during my college years.

I was keen to learn about complex issues and determine the most productive path toward changing our systems. While I agreed with the merits of many causes and movements, protests weren’t my preferred method. I wanted to address root causes of problems, not just deal with effects. I felt called to know and understand the levers of power.

I determined that the greatest power – for good or bad – seemed to rest in the financial world. And I wanted to maximize the amount of systemic change I could accomplish using my skill set within the economic system.

I eventually learned of a job opportunity centered on shareholder advocacy at Everence Financial®, a faith-based financial services firm. Practicing shareholder advocacy – also known as corporate engagement – means using the rights and privileges conferred by stock ownership to promote corporate change. It can take many forms, including letter writing, dialogue with company management, shareholder resolutions and voting shares of stock.

Everence practices shareholder advocacy with companies it directly holds shares in, particularly through Praxis Mutual Funds®. I originally learned about shareholder advocacy as a student from my now-colleague Mark Regier, who established the Everence stewardship investing program. I was intrigued with this use of power to promote sustainability from within our economic structure and was excited to join Everence.

Some may argue that trying to better an unjust system is a waste of time, and that we need to be focused on creating a different one. I, too, have a vision for a harmonious way of life distinct from our current economic and political reality, and I had some reservations about the messy work of engaging the world’s largest corporations. However, while I support causes focused on developing an alternative paradigm, it is also a valid and faithful practice to ameliorate the system as it exists now, particularly since we are all connected to it.

Studies show that over half of Americans are invested in the stock market. The way most people invest is through mutual funds, whether in employer-based retirement plans or personal investment accounts. If you’re invested in mutual funds, you’re a part owner of hundreds of companies. What are you doing with that power?

Most people are unaware of this power, and they’re not invested in mutual funds that practice corporate engagement. The absence of active ownership through corporate engagement means defaulting to investing convention – the notion that investors are solely concerned with maximizing financial returns.

Praxis is an investment manager for tens of thousands of people. Through corporate engagement, we harness the power of client investments for greater good.

Our shareholder advocacy work is concentrated on several priority issues. Our current themes are Promoting Creation Care, Working to End Modern Slavery, and Addressing Inequality. There are many sub-issues under each theme.

We don’t do this work alone, but collaborate with many faith-based and values-aligned investors to engage corporations. We often lean on nongovernmental organizations to gain expertise in certain issue areas. We’re also members of organizations that seek to improve the environmental, social and governance policy and practices of companies. Some of these organizations include the Interfaith Center on Corporate Responsibility (ICCR), Ceres, USSIF: The Forum for Sustainable and Responsible Investment and the Thirty Percent Coalition.

Partnering allows us to increase the breadth and depth of our advocacy reach. We lead some engagements and participate in others. We and our partners pursue trusting and mutually beneficial relationships with the companies we engage, while pressing and challenging them relentlessly on issues where we believe they can do better. We represent both our core values and the investments that our clients have entrusted to us. We want the companies we engage to be financially successful in a way that’s beneficial to all stakeholders.

Much of our work occurs behind the scenes. For instance, most corporate dialogues are kept private to foster openness, and meeting summaries refer only to the general points covered. Positive outcomes from engagement are rarely attributed directly to shareholder advocates; companies want to be seen doing the right thing on their own. Combined with the fact that engagement with companies can be long and tedious work, it’s easy to see how critics might view shareholder advocacy as insufficient or unproductive.

Nonetheless, shareholder advocacy has been able to move mountains. We shareholder advocates are often on the front lines of change, and I’m continually astounded at the power and influence we wield, especially considering our relative size. We have access to the people and rooms where decisions are made, and a small tweak to corporate policy can make a difference to millions of people. And along with many of our partners, it helps to be rooted in faith conviction that carries some moral authority.

In our role, Praxis has influenced companies to adopt human rights standards in supply chains, source fair trade ingredients, transition to a low-carbon economy, end predatory lending practices and honor the claims of residents affected by toxic pollution, among many other instances of progress. I’ll share a couple of recent examples.

For the past two years, Praxis has led a shareholder engagement with NiSource focused on greenhouse gas emissions reductions, climate change scenario planning and transition to renewable energy. In fall 2018, NiSource announced a plan to retire all of its coal generation plants by 2028, reducing its carbon emissions by 90%. The capacity will be largely replaced with renewable energy, and new wind and solar installations will effectively double Indiana’s renewable energy capacity. The changes will take place within the Northern Indiana Public Service Company (NIPSCO), NiSource’s electric subsidiary. NIPSCO serves nearly 500,000 customers in northern Indiana, including the Everence corporate office.

Another example involves a large investor coalition of ICCR members who approached JPMorgan Chase (JPMC) about its financing of private prison companies, beginning in 2017. After a series of dialogues centered on human rights policies, JPMC announced in March that it would withdraw from private prison lending. Nearly all the largest U.S. banks have since followed JPMC’s lead and committed to ending their ties to the private prison industry, illustrating the effect that one company’s policy can have on an industry. Praxis did not lead the JPMC engagement, but we participated in the dialogues along with many colleagues, a testament to the power of collaboration.

I live on an off-the-grid homestead powered by solar panels in rural Ohio. I feel out of place walking the corporate halls of power. I’m self-conscious in the elite circles where I must operate professionally. And I’m still not comfortable wearing suits. But I’m OK with that dichotomy. I’ve retained my identity and convictions without being consumed by structures of power. I’m also acutely aware of the privileged position I’m in to be able to wield this power on behalf of our faith-based investor community and the responsibility that comes with it.

We are all part of society and tied to our economic and political systems. There are many ways to engage in transformative change, and an incredible amount of work can be done within the system to make it more just and sustainable. Shareholder advocacy offers an often-overlooked way to make use of power through collaborative, bridge-building interactions.

Chris is manager of stewardship investing advocacy and research at Everence Financial.

Consider the fund’s investment objectives, risks, charges and expenses carefully before you invest. The fund’s prospectus and summary prospectus contain this and other information. Call 800-977-2947 or visit praxismutualfunds.com for a prospectus, which you should read carefully before you invest. Praxis Mutual Funds are advised by Everence Capital Management and distributed through Foreside Financial Services, LLC, member FINRA. Investment products offered are not FDIC insured, may lose value, and have no bank guarantee.