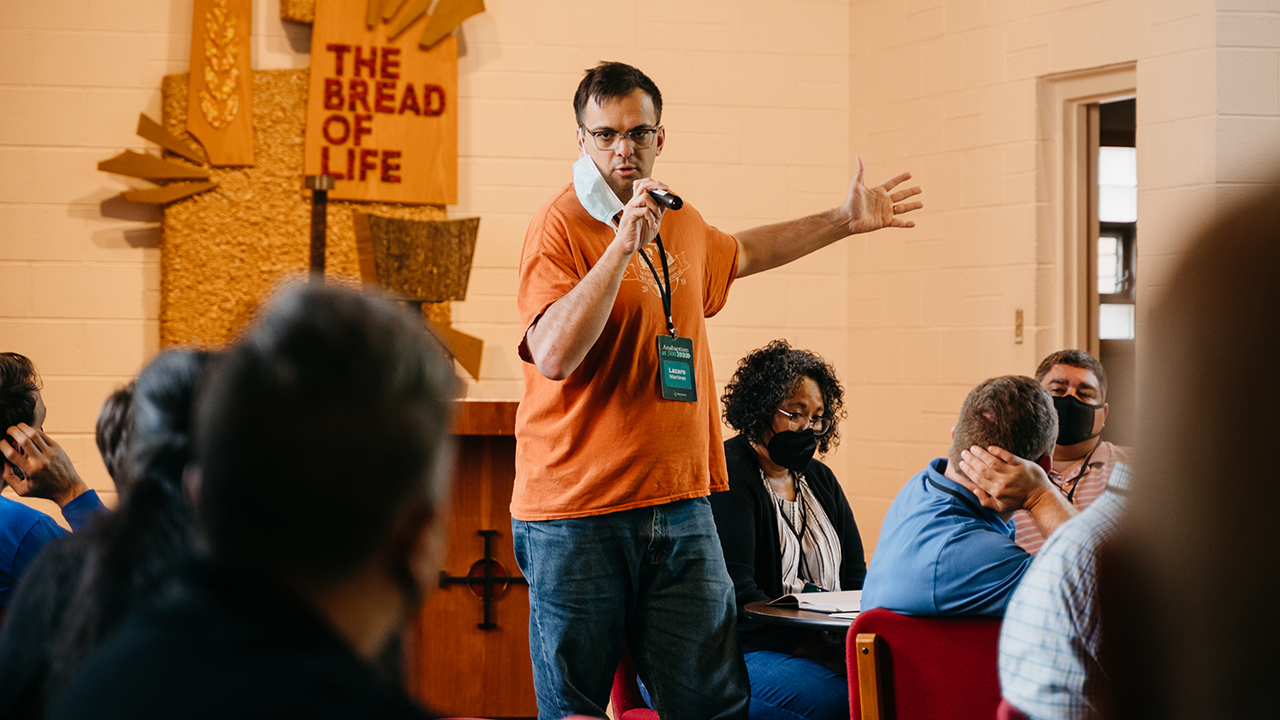 The U.S. Conference of Mennonite Brethren Churches will not join a project to create a study Bible celebrating the 500th anniversary of Anabaptism in 2025.

In an Oct. 25 news release, the USMB Leadership Board said participation “would not be appropriate” because Mennonite Church USA delegates recently passed an LGBTQ-­affirming resolution that is “contrary to our confession of faith.”

The MB leaders cited a sentence in the “Repentance and Transformation” resolution — approved at a special delegate session in May — that says MC USA will “embody a theology that honors LGBTQIA people” when it works with other denominations.

While choosing not to participate, the Leadership Board noted that “we, as USMB, affirm the place for a project like this.”

The Anabaptist Bible is an initiative of MennoMedia, the publishing arm of MC USA and Mennonite Church Canada. It invites laypeople from Anabaptist denominations to form small groups and submit notes for a study Bible.

John D. Roth, a former ­Goshen College professor who directs Ana­baptism at 500, the anniversary project that includes the Anabaptist Bible, said he was “surprised and deeply saddened” by the USMB response when Anabaptist World informed him of it.

“As a historian, I understand the cultural and political context of our current moment, but I lament that our identity as church bodies in the Anabaptist tradition is so often defined by what we oppose rather than by what we affirm,” he said in an email.

Amy Gingerich, MennoMedia’s executive director and publisher, said in an email: “Theologically we have different perspectives. Yet as Anabaptists we all love the Bible, and it’s our hope in this project that theologically diverse congregations can gather around the Bible, in groups of mutual support and care, to draw deeper into God’s word and then to share with the larger church about how they understand God speaking in their context.”

Roth said the project did not include LGBTQ advocacy and did not seek collaboration or endorsement at the denominational level.

Nearly 100 Bible study groups have signed up so far, and organizers have set a goal of 500. Groups can sign up here. The editors want all content submitted by June 15.

The intent, Roth said, is to “encourage lay people in Anabaptist faith communities across North America to actively participate in Bible studies in the hopes that participants will encounter the life-giving message of Jesus in new ways.”

USMB national director Don Morris said he had no further comment beyond the news release.