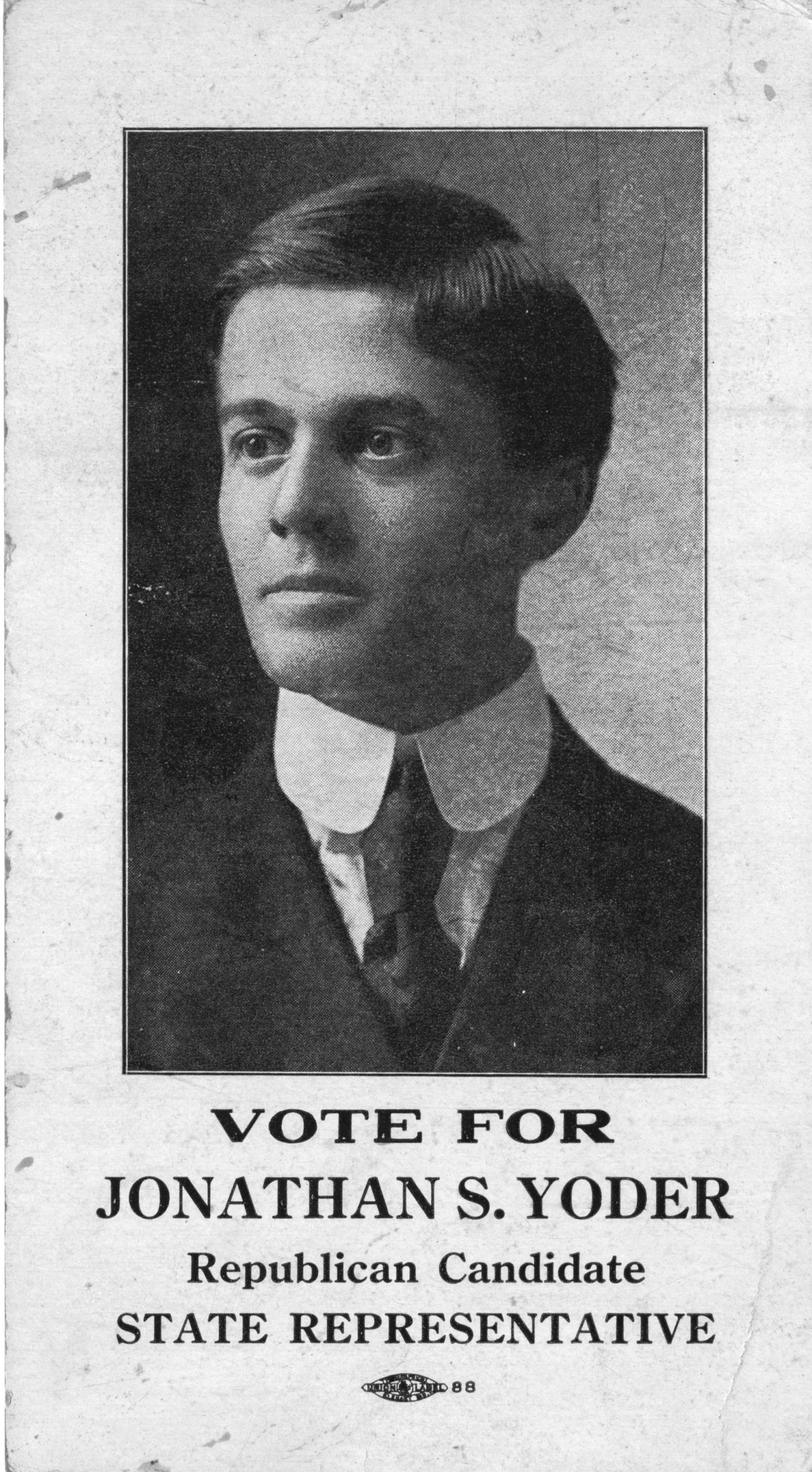 Jason Kauffman is the Director of the Mennonite Church USA Archives in Goshen, Indiana.

In a 1966 survey entitled “Mennonite Attitudes Toward Voting in Political Elections,” Mennonite pastor John David Zehr posed this question to congregants from 25 Mennonite churches in northern Indiana. The survey included space for individuals to offer personal reflections and, predictably, Zehr received a wide variety of responses.

While some respondents believed that “praying [could] do as much good as voting” or resented voting as a “choice between two evils,” others viewed voting as a Christian duty, a tool to shape North American politics for the better. As one individual put it, “If we believe in a Christian society, then let’s create the atmosphere of one by electing the right people to the right offices.

The accompanying photograph is a candidate card for Jonathan S. Yoder, an attorney from Goshen who served as an Indiana state representative in the 1910s.