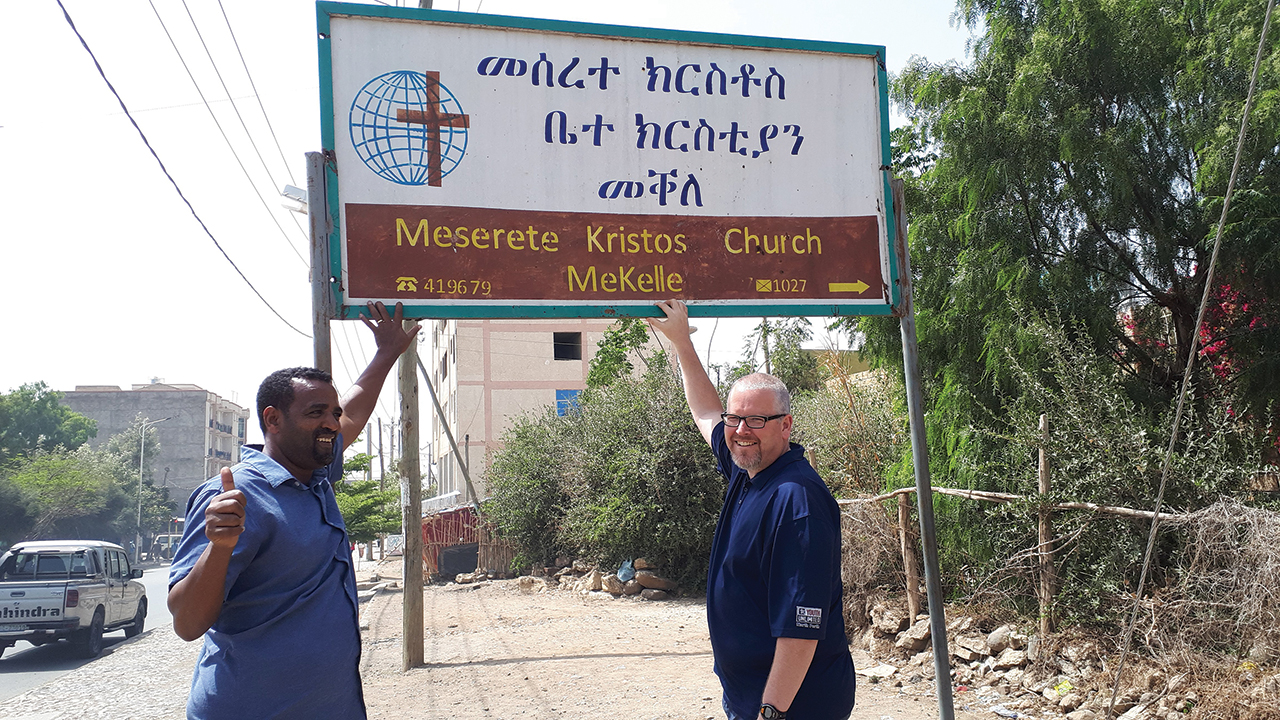 The Meserete Kristos Church in Ethiopia learned in mid-December how members of the Anabaptist conference in the country’s northern region were faring amid regional civil war. Most are safe, but one young minister was killed while preaching.

United Nations authorities reported in November that more than 30,000 refugees arrived in Sudan after fleeing violence in Ethiopia’s Tigray region, where the local government has been declared illegal by the federal government. Half of the refugees are children.

There are six MKC churches in Tigray, which support 19 church-planting centers.

MKC President Desalegn Abebe reported by email Dec. 15 that he was finally able to speak with a lead pastor in the area who reported most church members are safe. “Nevertheless, one of our young ministers was shot and killed while preaching to his friends on Nov. 4,” he wrote. “His name was Haftom Kebede. Church properties were robbed on the same day.”

Abebe reported a month earlier his office was not able to contact Tigray churches because phones and internet connections were not functioning.

Abebe said a pastor traveled at the beginning of November to the state of Afar, which borders Tigray, to train church leaders. The war started as he returned home. Closed roads stranded him, separating him from his family, as he is hosted by MKC members in the Wollo area to the south of Tigray. They are still separated.

MKC has held nationwide fasting and prayer for peace Nov. 16.

“Believers are still praying for peace, individually and collectively. At present, our hope is in God alone,” Abebe wrote. “We kindly request the Mennonite families in North America and around the world to pray for our country. We need peace to continue bringing the good news of Jesus Christ to people and plant churches.”

In response, Mennonite Church Canada called on congregations to pray for peace and healing in Ethiopia and Eritrea as the nations face the threefold threat of pandemic, famine and war.