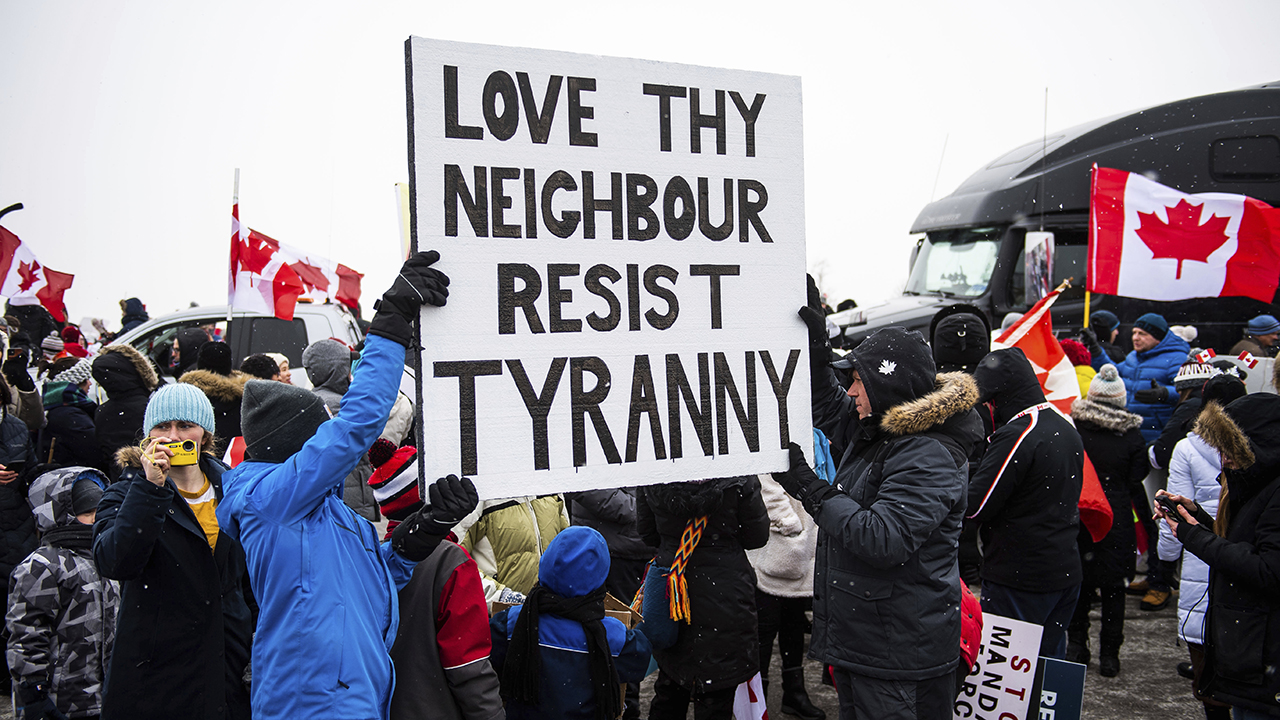 When a church service was held on Jan. 30 in Ottawa at the so-called “Freedom Convoy” — a right-wing protest by truckers from across Canada against vaccine mandates and public health restrictions that was tainted by antisemitism and white nationalist and Nazi symbols — some media identified the preacher as a Mennonite.

The speaker, Henry Hildebrandt, actually is the pastor of the Church of God Restoration in Aylmer, Ont., a conservative and controversial group of about 30 churches headquartered in Ohio.

Hildebrandt’s church, which has attracted Low German-speaking Mennonites, is at the forefront of flouting the pandemic restrictions and has been fined over $100,000.

The public involvement of people like Hildebrandt — who grew up a Mennonite in Mexico — is one of the reasons Mennonite Church Canada issued a statement to separate the denomination from clergy and others in the rallies who were identified as Mennonite.

But the bigger concern was about the use of symbols of bigotry and hate at the protest, which found hundreds of trucks descending on the Canadian capital.

“As leaders within Mennonite Church Canada, we unequivocally denounce the symbols, words and actions of white nationalism being expressed in Ottawa and across the country,” said the statement, released Jan. 30.

“While we support the right of people to gather peacefully in protest of government laws perceived to be unjust, we cannot support any action that promotes anti-Semitism, Islamophobia or racism. Jesus calls us to love our neighbours as ourselves as an expression of our love for God across categories of race, ethnicity, religion and gender.”

Leaders in the church decided to issue the statement after seeing Nazi flags and symbols and the use of yellow stars at the convoy in Ottawa and in other cities, said Michael Pahl, executive minister of Mennonite Church Manitoba, who signed the statement along with his colleagues across the country.

“We were also moved to action when we saw members of the Jewish and Muslim communities calling on Christians to respond,” he said.

Pahl said there has been positive response from MC Canada members to the statement.

Started by long-haul truckers in western Canada to protest vaccine requirements by the U.S. and Canadian governments for truckers for cross-border travel, the convoy became a lightning rod for a broad collection of grievances against the federal government, vaccinations and public health restrictions, including for religious services.