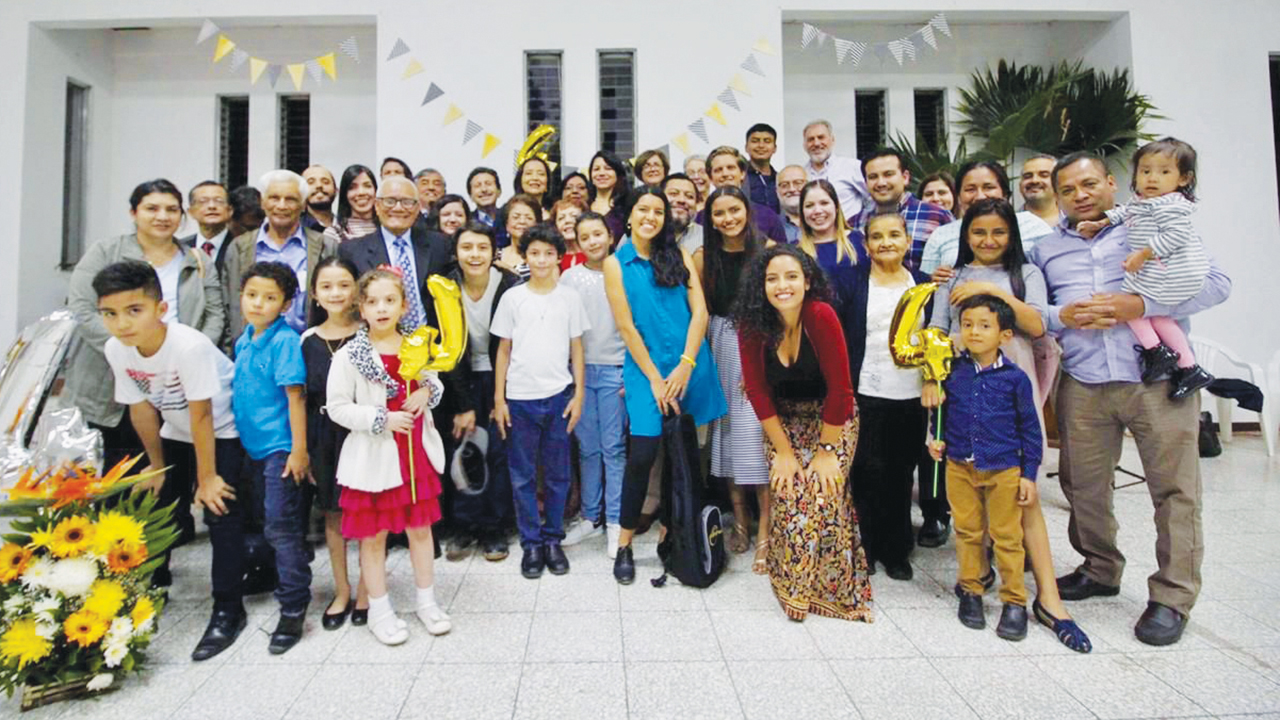 The addition of Iglesia Cristiana Anabautista Casa de Paz (House of Peace Christian Anabaptist Church) makes WDC the only MC USA conference with a member congregation outside the United States. It comes as geographic limits mean less and less to some of the denomination’s biggest conferences.

Among those representing the church by Zoom from Guatemala was Pastor Gilberto Flores, who is no stranger to MC USA. After working as a church planter and pastor in Guatemala, including serving as academic dean at SEMILLA (Latin American Anabaptist Seminary) in Guatemala City, Flores began working in 1996 for the General Conference Mennonite Church through the merger that created MC USA.

He worked as a denominational minister, along with roles with the Commission on Home Ministries, Anabaptist Biblical Institute and Mennonite Mission Network. He cultivated relationships as WDC’s associate conference minister for Texas starting in 2009 and was not eager to sever those ties after his 2015 retirement.

The congregation formed less than half a year after Flores’ WDC retirement and has grown to 30 members meeting on the SEMILLA campus, with additional online attendees. Two associate pastors are part of the leadership team. The vision of Flores and his wife, Rosa, is for WDC to develop church-to-church connections in Central America to build resource opportunities for church leaders and to support Anabaptist church planting.

“Many of the churches in Central America are connected with mission agencies,” Flores said. “Many times, that connection is more of a structural connection and not a congregation-to-congregation connection. . . . It’s healthy and helpful to create a sense of global understanding of the Mennonite tradition if churches in the Global South have more appropriate and equal direct relationships.”

The recommendation to delegates to receive Casa de Paz into membership noted it is not a mission project but an independent congregation seeking a relationship not mediated through a mission agency: “Casa de Paz has positive relationships with other Mennonite church groups in Guatemala, but chose to join WDC because they determined this aligns best with how Casa de Paz practices Anabaptist theology, provides a strong base for credentialing and leadership support, and naturally builds on the relationship already existing.”

“It was an effort through mission agencies, but it’s difficult to continue in mutual relationships in the way, say, as between churches that grow up in the U.S.”

WDC conference minister Heidi Regier Kreider said there are already strong links among pastors and leaders in the U.S. and Latin America. The pandemic-driven increase in online communication helped people envision how to foster relationships without requiring travel for a conference that stretched from Nebraska to Texas — and now to Guatemala.

“Whether a church is in Kansas City, or Oklahoma City or Guatemala City, on Zoom it’s just about the same,” Kreider said. “And we also have other Spanish-speaking churches where we are working on translations and working across the language barrier.”

While many of MC USA’s international conversations have been reserved for MMN or a one-way sending of congregational resources or mission trips, Kreider sees a trend toward more two-way relationships as immigrants reconnect to their home communities.

She also noted that borders are political, not spiritual or theological.

“In most cases they were established by white colonizing powers,” she said. “We also need to consider how borders and barriers define church relationships. We know we need to live with that reality, but there’s also a theological relationship that is not defined by those relationships.”

Mosaic Mennonite conference is another MC USA body feeling the pull of international relationships. While Mosaic (a merger of Franconia and Eastern District conferences) has traditionally been centered in Pennsylvania, recent additions have stretched it to Florida and California.

Executive minister Stephen Kriss said Mosaic interacted with WDC as it explored its process with Casa de Paz. Mosaic has conference-related ministries based in the U.S. that work in Honduras, India and Indonesia, as well as long-term partnerships in Mexico that look similar to church plants.

“So far, we have said church plants funded by the conference based in Mexico City are initiated by them. We fund them as if they are by us,” he said of activities in that city that stretch back at least 40 years for Franconia, one of Mosaic’s predecessor conferences. “Increasingly we are going back to redoing that relationship. There’s a new congregation in Tijuana, and if they ask for membership, we would give it to them because we can easily provide accompaniment from California. . . .

“Mexico City is closer to Philadelphia than L.A., and we can get there faster. At least a third of our staff speak Spanish and at least 10% to 15% of our church members speak Spanish. But so far, based on our relationship with Mennonite Church USA, we have said membership is within U.S. boundaries only. We could tinker further with that, but we have not done so yet.”

Kriss echoed Kreider’s observation of a trend toward relationships, regardless of geography. Indonesian congregations in Pennsylvania led to connections with others in California, and at least one in Indonesia itself has inquired about membership in Mosaic. A network of at least half a dozen churches in India has expressed interest as well. Such a connection would require a significant expansion of Mosaic’s structure and capacity.

“I don’t think that’s off the table for us,” Kriss said. “. . . One of our pastors said national boundaries are colonial era things that white people imposed and our relationships transgress. I think that’s going to continue to challenge our organizational systems and structures.”

While Casa de Paz is a full member of WDC, that affiliation does not extend to MC USA. Denominational bylaws stipulate that congregations and conferences are in the United States, so Casa de Paz cannot send voting delegates to MC USA assemblies.

MC USA has made no indication that the bylaws could be changed in the near future. After the WDC assembly, MC USA executive director Glen Guyton reiterated the bylaws’ requirements.

“We have global partners in Latin America and worldwide that support and nurture congregations in other countries,” he said. “We have an agency, Mennonite Mission Network, that supports global partnerships, and we are a member of Mennonite World Conference where we engage the global church formally.

“We have strong connections worldwide and want to encourage programs and partnerships that strengthen ministry in context.”

Not long after WDC’s assembly concluded, Kreider and WDC associate conference minister Sandra Montes-Martinez traveled to Guatemala for a learning tour organized by SEMILLA in conjunction with Central District Conference of MC USA. Flores added a visit to a church that is developing an Anabaptist identity as it grows alongside Casa de Paz.

“We want people to feel they can feel connected,” he said. “It’s already happening.”