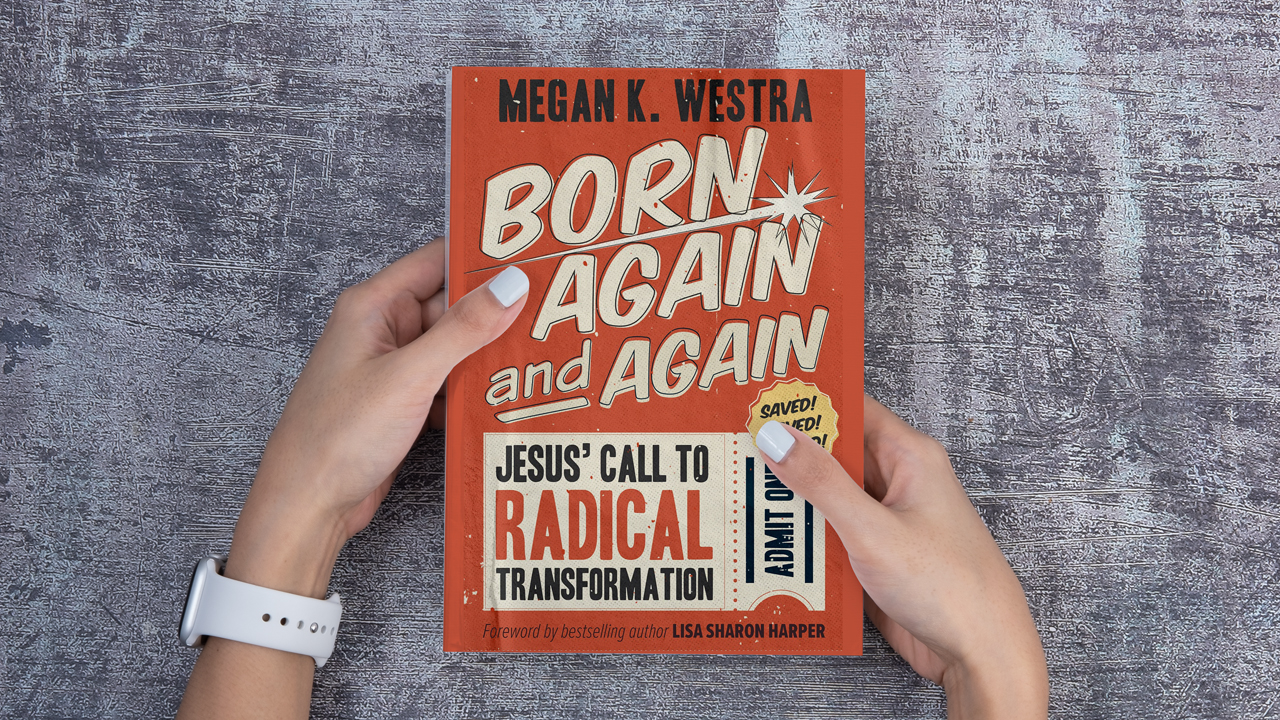 Now more than ever, the world needs prophetic voices like that of Megan Westra, who reminds us what it really means to be saved by Jesus.

As I read Born Again and Again: Jesus’ Call to Radical Transformation, smoke from wildfires just miles from my home meant breathing outside was hazardous. COVID made it risky to breathe some places inside, too. And then Supreme Court Justice Ruth Bader Ginsburg died. I felt overwhelmed by despair.

While it’s easy to be burdened by conflagrations, literal and otherwise, Westra’s book serves as a reminder that Jesus calls his fol­lowers to live transformed lives and that the transformation we are offered is not only a personal acceptance of Jesus as a Lord and Savior. Westra invites readers into a different understanding of salvation, one that challenges us moment by moment to create a more just world for all people, not just those with power and privilege.

Westra deconstructs the white evangelical understanding of being saved, which focuses on what might be called a Big Jesus moment when someone has a personal encounter with Jesus, renounces sin, says the sinner’s prayer and secures everlasting life.

“Asking Jesus into your heart” is for many white evangelicals the conversion moment needed to be born again. Westra argues this understanding of salvation is at best incomplete, “distorting both our view of the world and the practice of faith.”

In American evangelicalism, being saved has meant a private, personal relationship with Jesus. Westra convincingly argues our salvation requires connecting with our communities in a public living-out of our faith. Otherwise, she writes, “when salvation is a strictly personal, spiritual business between a person and God, it lacks muscle sufficient for standing up against the systemic suffering of humanity.”

After deconstructing individual ­salvation, Westra reconstructs what being saved means. Her reconstruction includes examining the history of white evangelicalism and how that history, shaped by American culture, has lost its way, codifying power and privilege rather than serving the least of these.

Westra challenges her readers to choose connection over consumption in terms of race relationships, the environment, economic inequity, gender justice and our allegiance to empire. Her chapter on politics seems especially prophetic as many white evangelicals conflate patriotism with Christian faith and defend behavior that seems antithetical to the example Jesus set for his followers.

Westra traces the history of white evangelicalism’s cozy relationship with American politics, a relationship that dramatically shifted after two world wars. Readers who know Mennonite history remember the rise of patriotic religion during World War I caused persecution of Mennonites who opposed the war and believed their allegiance was to God, not the state.

For many white evangelicals, certainty that God’s favor resides with America has brought us to a moment where a national leader’s integrity, even his Christian faith, is not questioned as long as he holds a Bible he hasn’t read in one hand and an American flag in the other.

Westra provides compelling evidence from Scripture that suggests a different understanding of how we are to engage with the world if we are born again. After examining biblical passages that refute a once-and-done understanding of salvation, Westra offers a different approach to politics, race relations, gender and socioeconomic disparity: a process she calls “unlearning and returning,” which reorients not only our personal lives but our communal and public lives as well.

For too many Christians, being saved leads to complacency: Assured of eternal life, we have no need to do much more. Westra reminds me that I am called, moment by moment, to a life rooted in community and compelled by the example of Jesus’ life and ministry.

Rather than despairing about all that is wrong in my world, Westra challenges me to live by hope in the transformative grace and mercy that is demanded of this time and place. She reframes what it means to be saved by Christ, who offers a salvation that requires we do the work of justice and equity, again and again.