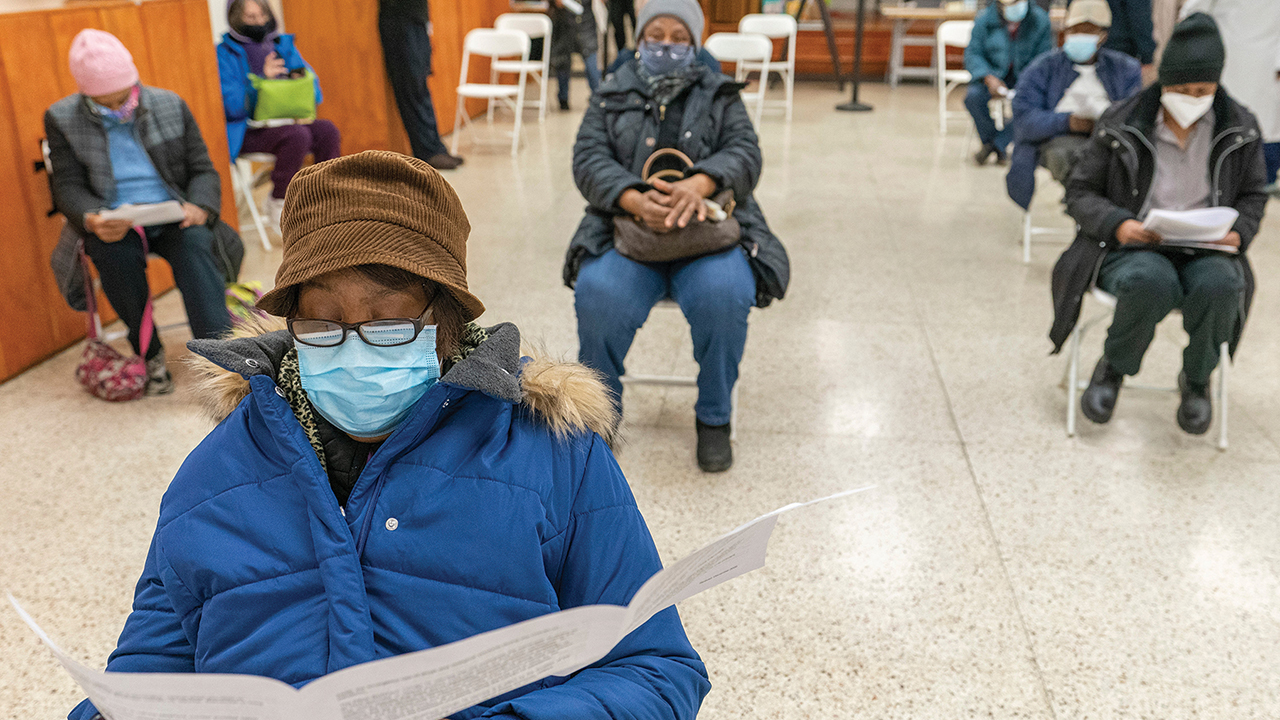 Elaine Chambers reads a coronavirus vaccination pamphlet while resting after receiving the first dose of the vaccine at a pop-up COVID-19 vaccination site at St. Luke’s Episcopal Church on Jan. 26 in the Bronx borough of New York. — Mary Altaffer/AP

Since before the COVID-19 vaccines hit the market, it has been predicted that Black Americans would choose to be vaccinated at dramatically lower rates than white Americans due to a historic mistrust of the health system. Media stories defined the causes for “vaccine hesitancy” while physicians worried about how to overcome it.

Scores of health systems, churches and religious coalitions responded by offering up houses of worship as sites for mobile vaccine distribution.

A new Pew Research survey suggests that either the campaigns were effective or the worry was misplaced: 64% of Black Protestants, the researchers found, “definitely or probably” plan to get vaccinated — up sharply from November when little more than 40% said they planned to get vaccinated.

It’s not that vaccine hesitancy is a myth; it’s merely strongest among another group: white evangelical Christians.

A religious breakdown of the survey conducted in February of 10,121 U.S. adults shows that only 54% of white evangelicals “definitely or probably” plan to get vaccinated.

As troubling, white evangelicals are the least likely to say they should consider the health effects on their community when making a decision to be vaccinated. Only 48% of white evangelicals said they would consider the community health effects “a lot” when deciding to be vaccinated. That compares with 70% of Black Protestants, 65% of Catholics and 68% of unaffiliated Americans.

John Fea, a U.S. historian at Messiah University who studies evangelicals, said he wasn’t surprised that white evangelicals seemed least likely to want to take advantage of the vaccine.

“There’s a long history of anti-science within American evangelicalism,” Fea said, adding that the distrust of science is related to their belief that God will protect them.

“Getting a vaccine is a lack of faith,” as some evangelicals see it, he said.

As a group, 58% of Protestants — including mainline Protestants, evangelicals and Black Protestants — said they would consider community health effects “a lot.”

Cary Funk, director of Science and Society Research at Pew, said white evangelicals generally express lower levels of trust in the vaccine research-and-development process and are also less likely to report getting a seasonal flu vaccine every year.