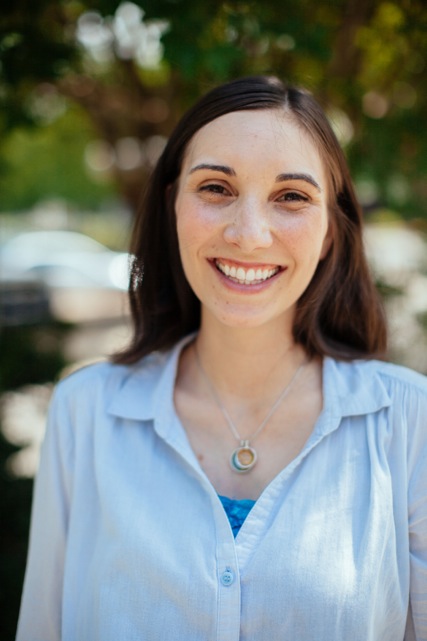 On Halloween the sidewalks in my neighborhood were crowded with female voters: Rosie the Riveters and superhero women. Weeks before I’d seen the hashtag #womencanstoptrump pop up across social media. It was followed by a Twitter backlash – #rescindthe19th. As Election Day drew near, I grew confident that women across the political spectrum would come out of the woodwork to reject Trump.

That wasn’t what happened. Instead, we now know that white women are responsible for the election of Donald Trump, a misogynist with a penchant for marital infidelity, a man who bragged about sexual assault, a man who has consistently pitted himself against women’s health and basic protections for poor women.

White women went for Trump 54-43 percent. And while I continue to hear the persistent blaming of Trump’s victory on working class whites, it was white, college-educated women who voted for Trump at around 51 percent.

What’s more fascinating is that white women lied about their vote. For weeks the pollsters were certain of a Clinton victory, perhaps even a landslide. What we learned in the past weeks is that white women felt embarrassed to say who they planned to vote for.

The glaring truth of this moment is that white women made a choice. We chose race over gender. Women of color asked us to join them in stopping the abusive, KKK-endorsed Trump and instead we chose the maintenance of our whiteness. We chose to get by in a system of white supremacy rather than doing the difficult work of coalition building. We said that abuse is acceptable, as long as we keep it in the family.

Two days before the election, I gathered with Mennonite women from across the country for the Women Doing Theology conference, a gathering sponsored by the Women in Leadership project of Mennonite Church USA. It was a good and it was hard. It was work, the work of recognizing the intersections, solidarities, and divisions of race, gender, class, and sexuality.

The moment that remains cemented in my mind, a moment that now seems like a prophecy, happened during the final plenary session. Erica Littlewolf, a woman from the Northern Cheyenne tribe, named the tension of race and gender in our gathering. She put it starkly. Littlewolf wished that men were present at our gathering to complicate the persistent narrative of universal sisterhood that she encountered.

I should have heard this for what it was: that is, a siren to my deafness around racial solidarity. A few days later the polls numbers showed me that Littlewolf was right to be skeptical. I was the one who’d been bamboozled.

In the weeks leading up to the election, I heard interviews from women reacting to the leaked Trump sexual assault tape. Their responses stopped me cold. What’s the big deal, they wondered? This kind of rhetoric, this action towards women’s bodies, the male gaze, the intruding hand, the undressing look, the abusive words—all of this was part of the fabric of their lives. This is simply how men are, they said. This is “locker room talk.” They expected nothing more than for their bodies to be subjected to the impulses of the men around them.

As I’ve grappled with these reactions, I’ve wondered if it’s time for a new consciousness raising movement to happen among women, modeled on radical feminist movements of the 1960s, an effort to shift women from understanding their situation as resulting from personal experiences of oppression to recognizing the way that racialized patriarchy embeds itself in systems, and that our very minds have been colonized by this system.

It is time for women to hear from other women that everything is not all right, that our bodies are ours, that “locker room” talk is unacceptable, that we are not going to take this anymore. Every woman needs to know that her unjust wage, her lack of parental leave, her lack of access to mental health care, her failure to be hired, her unprosecuted sexual abuser/rapist-all of this is built into a system of racialized patriarchy.

Every woman should be equipped with the tools and the community to recognize, to name, and to combat this system, whether it emerges in her denominational structure, workplace, or home. Every woman needs to know that these assaults on her life are wrong, that they are evil, and that we must confront them together.

But there is more. White women must stop referring to “our” sisterhood. This election has revealed that we are unworthy of kinship with women of color. Our work now is to rectify our inattention to our whiteness. We can begin with the literature women of color have been pointing us to for decades. Our work begins with confronting the witting and unwitting ways we participate in reifying white supremacy.

White women need to learn that we have failed to give meaningful reasons for why people of color—people who have experienced overt and systemic racism for centuries, people asked us to use our vote to stop Trump, people who have received the blunted weight of white fragility—should trust us as their sisters.

White women have failed to establish ourselves as trustworthy allies in the work women of color have been doing to dismantle the racialized patriarchy that oppresses all of us.

The challenge for white women will be living in this tension—that we are both a product of a racist, misogynistic culture and purveyors of this culture. It is possible for us, as white women, to be both the victim and the winner of the supremacy of our racialized patriarchy. White women will do well to give attention to these internal intersections, and not to let one another rest until we have made our repentance real in word and deed.