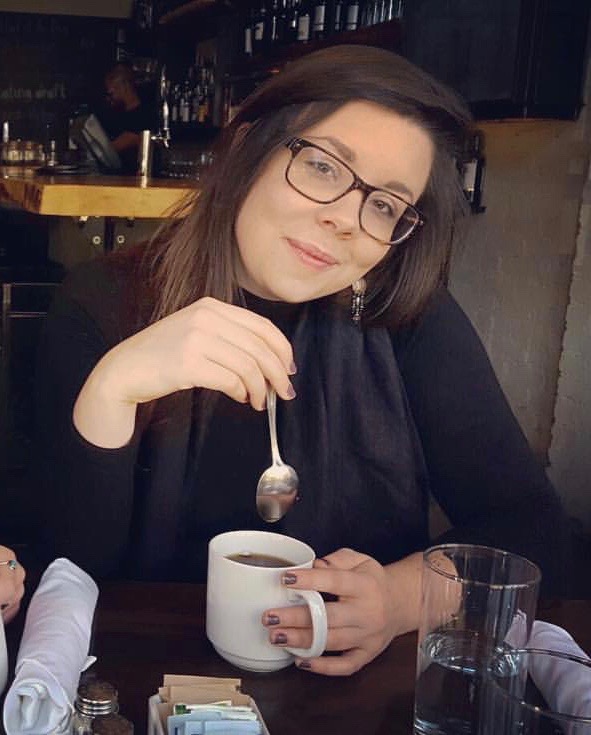 Hanna Heishman is an alumna of Eastern Mennonite University, Harrisonburg, Virginia, where she studied Peacebuilding and Development. Currently, she is serving and working in Government Relations and Advocacy for Habitat for Humanity International through Mennonite Voluntary Service.

The night of the election, I attended a party. It was a loud, extravagant gala and I was giddy to be in attendance. The event promised live coverage, free food, music, and a balloon drop when the next president was announced. Filled with optimism, I noticed that my heart raced with excited anticipation throughout the night.

The evening took a dramatic turn after the state of Florida was called. I felt myself folding into my body, waves of disbelief encircling me, gradually realizing that hope for a different outcome was desperately unlikely. Realizing the dissonance between the celebration I was surrounded by and the grief that howled within me, I left the party early, seeking refuge in silence.

The election results came as a visceral blow to me. The waves of grief that I had waded in on the night of the election grew to an ocean of anguish that I have been swimming in since.

I retreated to silence, darkened the lights, closed the door. Within my silence, I have grown close to my own raw grief, my dismay and my frustration.

For a long time, my silence was necessary: I was making sense of what seemed inexplicable and reordering my universe. I was exhausted by my basic routine: each time I left my solitude, I entered into a charged and frightened world. At the end of each day, I retreated.

Grappling with our new political realities has been challenging; however, the most difficult part is that it has forced me to reckon with my own privilege. My silence has been buffered by my whiteness, my socio-economic class, my community, my sex and my sexual orientation. I recognize now that the election merely exposed a range of issues that I have only witnessed marginally. For many, blatant racism, misogyny, sexism, violence, and overwhelming hatred has been a relentless reality.

Realizing this, I have reoriented myself from seeking relief. Instead, I am now seeking similitude between my suffering and the suffering of the world.

Weeks after the election, I discovered Clint Smith’s incredible Ted Talk, entitled, “The Danger of Silence.” He opens by describing a time as a child when he gave up speaking for Lent:

“As a kid in a Catholic family in New Orleans, during Lent I was always taught that the most meaningful thing one could do was to give something up, sacrifice something you typically indulge in to prove to God you understand His sanctity… one year, I gave up speaking. I figured the most valuable thing I could sacrifice was my own voice, but it was like I hadn’t realized that I had given that up a long time ago. I spent so much of my life telling people the things they wanted to hear instead of the things they needed to, told myself I wasn’t meant to be anyone’s conscience because I still had to figure out being my own, so sometimes I just wouldn’t say anything, appeasing ignorance with my silence, unaware that validation doesn’t need words to endorse its existence.”

The campaign that preceded the 2016 election was one of the worst exploits I have ever seen. Seemingly, every conceivable marginalized group was victimized. Campaign rallying cries were legitimately life-threatening for many, and other rhetoric furthered a seemingly ever-increasing divide between worlds housed in the same nation. I cannot stop reeling at this. I cannot look away. I cannot find reprieve. My grief has morphed to fury, and I know that I must advocate for change. I cannot retreat, and I will not retreat.

Now, I question if I have ever witnessed the unfiltered rage of the women around me. I wonder if I have ever experienced the righteous rage of the church. Certainly, now would be the time for those emotions to come to center-stage. I wonder what keeps us from speaking into tragedy and experiencing grief publicly and emphatically. Is it complacency that accompanies privilege? Or a culture of silence and filtered sentiments? Or both?

Throughout the last three months, I have continuously questioned the silence from the church. The Mennonite church has weathered so much: we have worked to bridge so many divisive issues, we have tried to create a radically inclusive space. We have worked so hard to remain in conversation with one another. Engaging in the push-pull of relationships, even institutional relationships, requires sacrifice from all sides. I am so thankful to hail from this legacy. I am proud that we have walked together through so much, I am proud that my church has endeavored to recognize the full humanity of all its constituents.

The problem with justice and equity is that they are both deceptively complex. In order to implement the demands of justice, we must reckon with our privilege, we must acknowledge power structures.

Those of us with disproportionate amounts of power have to call out wrongs and engage in reparations. I am afraid that my church, our church, has not always been bold enough to do so.

I fear that our silence as a church speaks volumes. Our refusal to speak prophetically, to speak into creating the political world that we want to live in, leaves me and so many others, disappointed. I fear we have confused pacifism with passivity, and we have forgotten that our inaction is action. Our silence now conveys complacency, and in this time, complacency is violence.

When my own words fail me, I have often turned to Martin Luther King Jr’s wisdom. One of my favorite quotes from him follows:

“What is needed is a realization that power without love is reckless and abusive, and love without power is sentimental and anemic. Power at its best is love implementing the demands of justice, and justice at its best is power correcting everything that stands against love.”

We are marching because we can no longer be silent.

If you’re planning on attending the Women’s March on Washington, and would like to do so under the Mennonite designation, please register here. Additionally, to stay updated during the march on the Mennonite women’s banner location, request membership in this Facebook group.