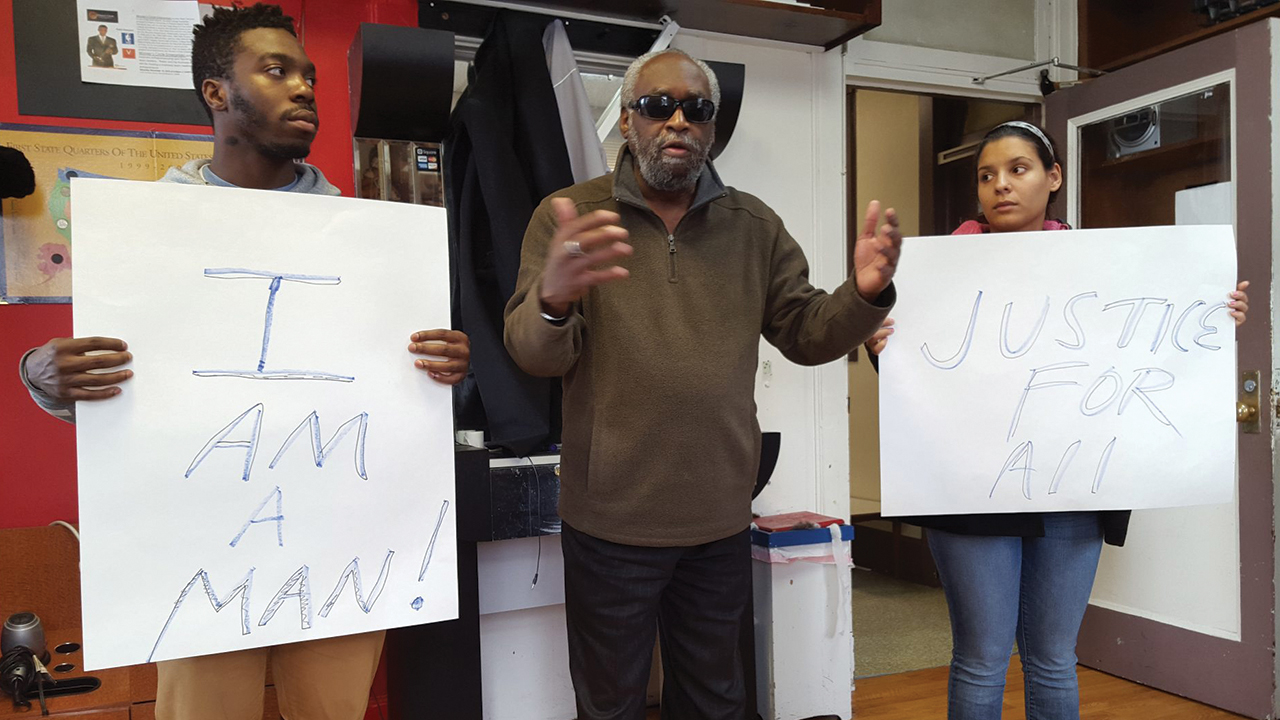 A community organizer, pastor, educator and advocate for racial and social justice, Maclin served as president of the African American Mennonite Association for 12 years in the 1980s and ’90s.

“He made a historic trip in 1991,” Francisco said. “He took a delegation of five persons to West Africa on an exploration trip to partner with some of the Mennonite churches over there. He was really, really proactive.

“I went on a trip to Jamaica with him. He was instrumental in connecting North Americans with their historical roots.”

Maclin led the effort in 2013 to rename a street in Harrisonburg for Martin Luther King Jr. and founded the People’s Equality Commission of the Shenandoah Valley following one of the peace rallies held in Harrisonburg in the wake of George Floyd’s death in 2020.

Born Dec. 27, 1953, in Peoria, Ill., he was called to ministry at 18. He married his high school sweetheart, Diana Johnson, and they shared 48 years together.

A 2001 graduate of Eastern Mennonite Seminary, Maclin was senior pastor at Joy Fellowship Mennonite Church in Peoria before he accepted the pastorate at Jubilee Christian Fellowship in Richmond, Va. He served as bishop for Hosanna Fellowship in Harrisonburg.

As executive director of Harrison Homes Interdenominational Mission for 16 years in Illinois, Maclin led a ministry that taught life skills and job creation, fed the hungry and helped families renovate and purchase homes. He also was founder of Kids Community and Information Delivery Service, which taught life skills and a love for Jesus.

At Eastern Mennonite University, Maclin helped start the first Martin Luther King Day Celebration on campus in 2013 and continued to open the minds of students and community members at MLK Day talks and tours each year.

“Stan was always focused on the local; he was a man of action, committed to social justice and community organizing wherever he found himself,” said EMU professor Carl Stauffer, who first met Maclin in 1991 when they pastored and worked together in Richmond. “Stan was determined to work for and live into a better world. He made Harrisonburg a better place. He has left us an important legacy of justice, reconciliation and bridge-building across all divisions in our society.”