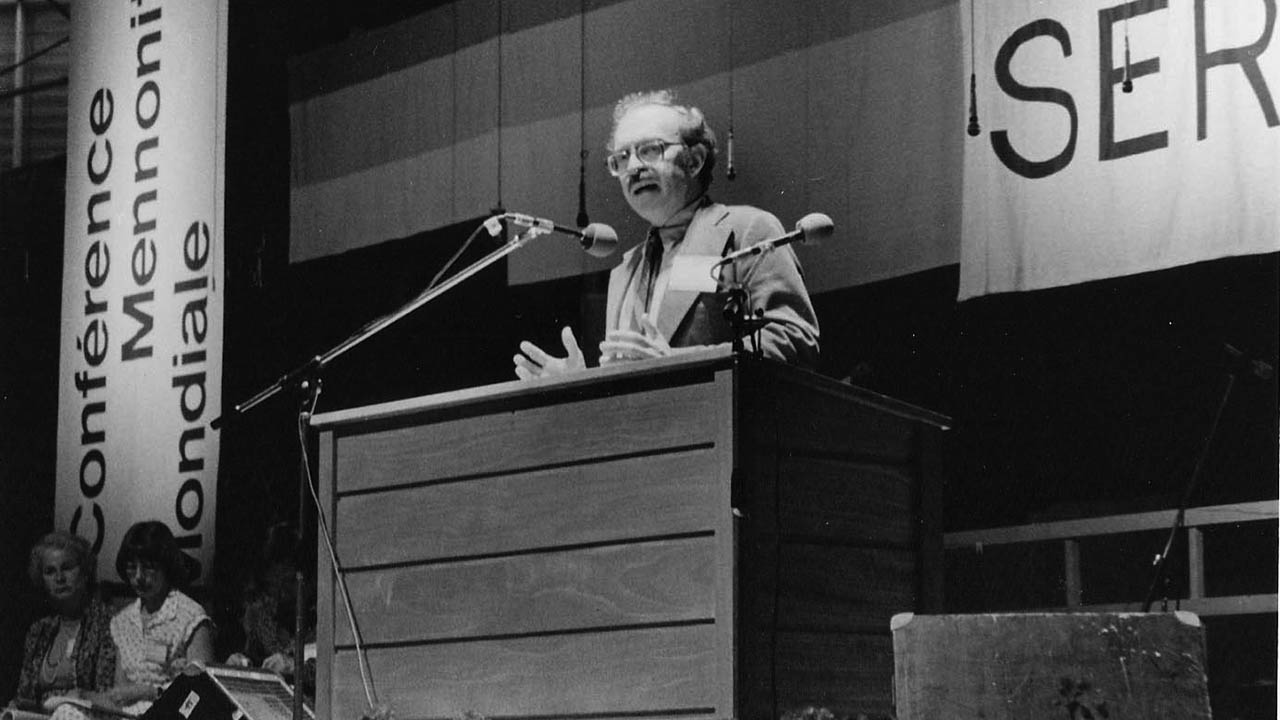 Sider, an Anabaptist author and professor who died July 27 at the age of 82, was the epitome of a third-way Christian. As he saw it, Jesus pointed him in a different direction than the well-worn paths of left and right.

Was Sider’s particular mix of conservative and progressive views correct? Now is not the time to make that judgment. The point is to hold Sider up as a model of unorthodoxy.

His expectation-defying version of faith and politics might be just the right tool to tear down the silos that separate Christians in today’s hyperpartisan times.

Obituaries of Sider described him as a “progressive social activist” and ­“pioneer of the evangelical left.” This was correct, but incomplete.

When Christianity Today profiled Sider in 2000, the article ran under the headline, “Ron Sider’s unsettling crusade: Why does this man irritate so many people?” Observing that “Sider takes flak from both the left and the right,” writer Tim Stafford noted that Sider’s best-known book, Rich Christians in an Age of Hunger, had inspired a book-length critique, Productive Christians in an Age of Guilt Manipulators, by conservative author David Chilton. Clearly, Sider had touched a nerve.

On abortion, Sider aligned with the pro-life movement. No one, he wrote in 1987, should expect “people who deeply believe that abortion is murder to be satisfied with laws which permit abortion. Society has no obligation or even right to grant citizens freedom to kill others.” Believing personhood begins at conception, he endorsed legislation to establish “the personhood or humanity of the unborn child.”

This summer, as the U.S. Supreme Court’s retraction of federal abortion rights has vaulted abortion to the top of the national debate, it’s worth noting how naturally Sider merged typically liberal views into his conservative position on abortion.

He criticized the pro-life movement’s general lack of support for ­policies to improve the quality of life for children after birth, but he didn’t use this argument to discredit the anti-abortion cause.

To Sider, pro-lifers’ inconsistency wasn’t a reason to support abortion rights. Rather, it led him to promote a broader understanding of what it means to be pro-life, advocating policies to ease poverty and ensure medical care for all.

Sider expressed alarm at the rise of Christian nationalism — the idea that the United States is a Christian nation where church and state ought to be more closely linked.

He found evangelicals’ embrace of Donald Trump appalling. In 2020 he endorsed “Pro-Life Evangelicals for Biden” (his first presidential en­dorsement since George McGovern in 1972) and edited The Spiritual Danger of Donald Trump, with essays by 30 evangelicals calling for moral integrity in politics.

Always he kept Jesus central. “Faithfulness to Jesus means letting him be Lord of all our life, including our economics and politics,” he wrote in I Am Not a Social Activist: Making Jesus the Agenda (Herald Press, 2008).

Sider’s Jesus-centered agenda defied political and religious orthodoxy in a way that’s distinctly Anabaptist. He was a liberal pacifist for a conservative reason: biblical literalism. He took Jesus at his word. This is the Anabaptist way. Jesus told his followers to love their enemies. That seemed clear enough.

It was a moral clarity that rendered secular labels opaque: Was Sider progressive or conservative? Was Jesus?

For decades, mainstream evangelicalism has drawn right-leaning Mennonites into its orbit. Today, with a virulent strain of Christian nationalism rising, Sider’s example of Jesus-­centered politics is more important than ever.

Though he shunned the fundamentalism of both left and right, Sider was no centrist. He was radical, faithfully unorthodox to the end.