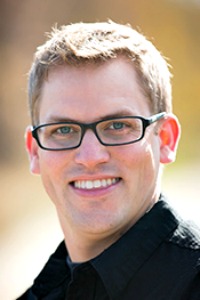 New Voices: By and about young adults

If you’re hot-blooded like I am, it’s probably hard to avoid when you turn on the TV or surf the Internet. You know you’re too good for it and you know it’s not good for you, but you also know that it’s always there waiting for you, enticing you into its embrace of false satisfaction. I’ll admit it, and if you’re honest with yourself, I bet you will too: We’re all addicted to the culture wars these days.

1. Do you mostly watch or mostly scoff at Fox News? If you answered yes to either, you’re probably influenced by the culture wars.

2. Do you find yourself feeling emotionally invested in political Facebook posts and arguments, even if you’re not really all that close with—or haven’t even met—some of the people commenting? If you answered yes, you’re at least somewhat sucked into the culture wars.

3. If you’re really honest with yourself, do you know that you will always want to view Obamacare as a success or a failure, regardless of whether or not it seems to be succeeding or failing for the people around you? If you answered yes to this, you’re probably under the influence of the culture wars.

And if you answered, “I can admit that Obamacare might be a failure, but only because they should have gone with a single-payer approach in the first place” or, “I can admit that Obamacare might help a lot of people, but it’s my freedom that I’m worried about,” you don’t get to pat yourself on the back for this question. Change your yes to a YES! for the purposes of this quiz.

Even if you answered no to all these, chances are you can think of many people who wouldn’t. That’s what’s especially dangerous about the culture wars: We’re all under their influence—even if we’re not.

To be clear, none of these reactions is anything other than human. We’ve surely been reacting to one another in these ways since Snorg battled Snarg over whether or not free use of his new-fangled fire would just enable the lazy cave people or just allow them a more equal opportunity to move into a bigger cave some day.

Or, if my reference to the possible existence of cave people is stoking anyone’s culture wars fire, just replace that with, “since Cain battled Abel over what sacrifice was most politically correct.” Or, if my inclusion of both is troubling to those who would prefer either, just battle it out on my Facebook wall or something.

In A Precarious Peace (Herald Press, 2006), Chris K. Huebner reminds us that Jesus invited us into a faith that is “disruptive” and “unsettling” to our own comforts and self-assurances. And while I’m sure we all know this superficially, I’m not sure how often we apply it to the church like Huebner does. If we did, we’d find that our greatest goals were to create spaces, Huebner writes, “where we can be honest with one another, where we can be vulnerable to one another and, in so doing, become open to the possibility of forgiveness.”

In a context like that, we’d know that our differing opinions weren’t something we cling to but gifts we give to and receive from one another to help us all maintain Christ’s disruption in our lives.

We’d recognize that our greatest allegiance isn’t to the culture wars but to Christ, who calls us to see one another’s differences as opportunities to remain constantly humble, open and unsettled.