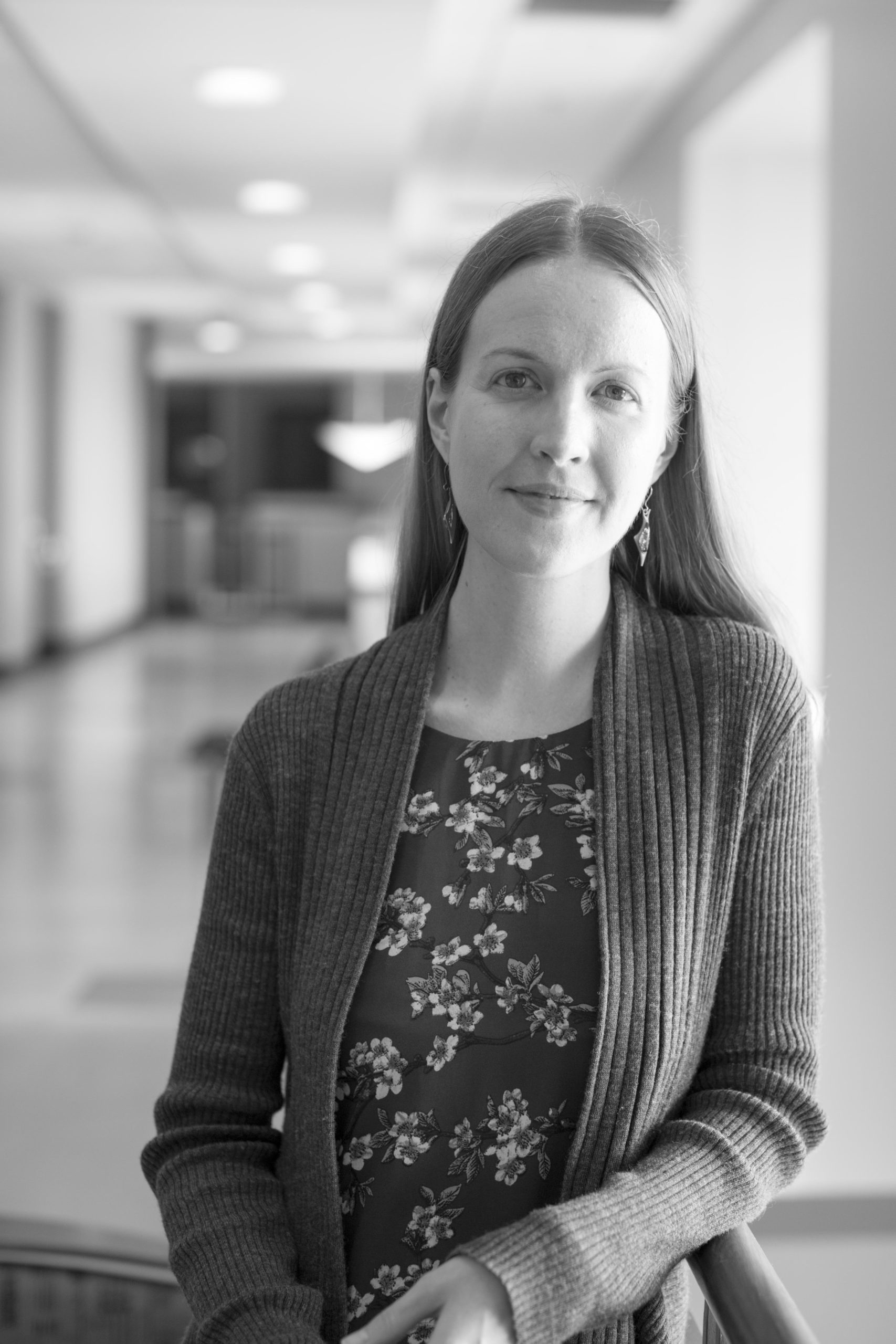 Becca J.R. Lachman grew up in Kidron, Ohio and has served with the Mennonite Voluntary Service Seattle unit. Her most recent essay “New Monasticism, Old Homesickness” is forthcoming in Image Journal this winter. Becca is a member of Columbus (OH) Mennonite Church and is looking forward to being a featured poet at Mennonite Arts Weekend 2018 in Cincinnati, Ohio.

Part of my communications job asks me to oversee social media for my county’s rural public library system. One day, I can be reminding patrons with a Facebook or Twitter account that a live turkey will be a special guest at story time, the next that we’re hosting a Chilean poet or that the beekeeping workshop’s almost full.

But recently, a few colleagues and I actually had to have a conversation about whether we could, as a government organization, post a flyer that stated our library system’s name, followed by “Everyone is Welcome” in bold. Was it too “political” so soon after the election? Would we need to deal with snide or hurtful comments?

if it had not been the Lord who was on our side,

when our enemies attacked us,

then they would have swallowed us up alive,

Planning social media posts is a mostly life-giving, fun part of my workday. And I’ve found that because I spend intentional time with professional social media accounts, I don’t want to spend so much of my free time with personal accounts, a step away from screens that I’ve been wanting to take for awhile.

…then the flood would have swept us away,

the torrent would have gone over us;

then over us would have gone

Blessed be the Lord,

who has not given us

But after the presidential election, when I logged into social media, a Noah-worthy flood of language—especially from and about American Christians— left me both riveted and breathless. The flood left me sleepless, then energized; mourning, then confused about the Jesus I was hoping to start welcoming again during advent.

It also left me more re-awakened to my privilege, more aware that people in our country (and in the county which I serve) feel abandoned and now vindicated. The Christian-fueled flood sounded, at times, either a lot like Psalm 124—thanksgiving for deliverance, that God was in control—or trumpeting that “the raging waters” had already swept us under, and it was American’s version of Christianity that had left the water running. Both voices were deeply disturbing to me, especially since the Jesus I hope to follow was never a war general and will always be a refugee and man of color. Could I still call myself a Christian this Advent?

from the snare of the fowlers;

the snare is broken,

and we have escaped.

Our help is in the name of the Lord,

When I first started my communications job, I was surprised to learn that the majority of public libraries in our nation today are most likely filled with… sound. That’s right: lots of sounds, ranging from live music to cooking class banter.

Besides breaking out of a “shushing” identity, many libraries have also reached out to their communities to find out what’s needed, what gaps are missing. Some grow vegetable gardens or serve as free lunch program locations in the summer. Others provide a “tie-brary” for occasions like job interviews. Bikes, musical instruments, sewing machines, and medical equipment are just a few of the things you might find in a library catalog.

For me, this Advent is another chance to move again towards a welcoming Jesus who surprises us all with what God’s freely offering. Instead of a “shushing” identity towards people who are different from me, I want my faith-filled actions (including my words) to go further in speaking up in love, singing out with hope, and keeping a “Welcome” sign lit in neon. Perhaps I’ll start by writing a new, contemporary psalm…

Sign up to receive future Advent posts in your e-mail inbox.