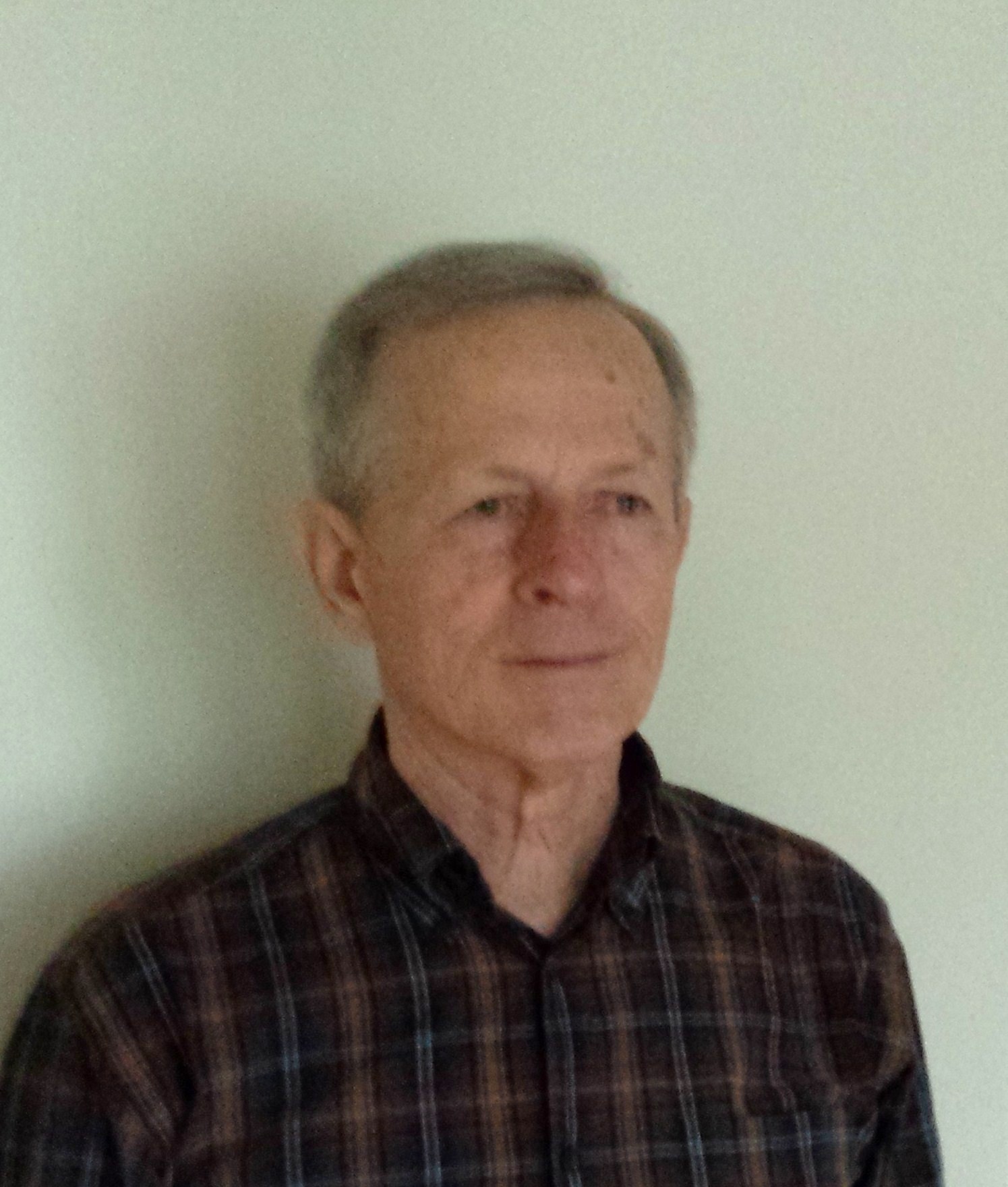 Richard MacBride has worked through MCC in Zambia, Lesotho and Waterloo, Ontario in the areas of peace, justice and development. In Lesotho he was a member of a team researching, writing and leading workshops on topics such as nonviolence, appropriate technology and alternatives to migrant labor. In Ontario, he generated funds for planting over 50,000 trees in Ethiopia, promoted fair trade products from developing countries, and spoke in over 200 churches and schools.

He received a Master of Theological Studies degree from Conrad Grebel College. In active retirement he reads theology and keeps informed of positive events and trends in Africa.  Richard and his wife Dorothy are members of Erb Street Mennonite Church in Waterloo, Ontario.

On a recent April evening with Harold as our guest, we relished in rich conversation, scrumptious dessert and a fine South African wine. Though not literally present, Harold F. Miller was there through his book, Encounters in Africa: A collection of articles, speeches and personal experiences spanning over 50 years of living in East Africa. There he worked in rural development and peacemaking having been seconded by Eastern Mennonite Board of Missions and Mennonite Central Committee to four East African ecumenical agencies. Harold and Annetta (nee Wenger) Miller now live in active retirement in Nairobi, Kenya.

One of Miller’s achievements through the book’s 40 entries is knocking 19th century German philosopher, Wilhelm Friedrich Hegel, off of his perch for his long-held influential belief that “Africans live in a state of innocence. The condition in which they live is incapable of any historical development or culture.” This erroneous claim may remind readers of Voltaire’s faux pas description of Canada as a worthless “few acres of snow.”

The five members of our fledgling book group have each worked in Africa through MCC and have known Miller for his wisdom and wit. We chuckled at some of his “slice of life” stories at the beginning of the book which add a touch of whimsy and lighten the tone, such as losing his wallet; finding himself in jail awaiting trial and a fine for a minor driving indiscretion; and the mysterious six seeds he brought back from Ethiopia. His experiences drew out many African encounters of our own as we, like he, shared stories of connecting more deeply with our human family on that mesmerizing continent of our origins.

Miller recounts a visit Annetta and he made to Madagascar. He describes the Festival of Dry Bones where family members exhume their departed loved ones every five to seven years to rewrap their bones in new burial shrouds. After much dancing and feasting the bones are reinterred in the family crypt. While this ritual may seem morbid to westerners, Miller seems to be making the point that throughout sub-Saharan Africa, ancestors are remembered, respected and honored.

Miller describes the funeral of Bishop Zedekiah Kisare, the first African bishop of the Tanzania Mennonite Church. The funeral service was delayed as hundreds of mourners waited patiently for retired president Julius Nyerere. When he finally arrived, Nyerere humbly paid his respects as an ordinary mourner, and not as a former president expectant of applause and adoration. At this funeral Annetta, who was born in Tanzania to Mennonite mission workers, was embraced by a giggling and hand-slapping group of respectable middle-aged women who had been her childhood friends and just could not contain their joy despite the solemnity of the occasion.

Miller also writes of the African concept of Eldership, and how one is called to be an elder after having been observed for years as being a good husband, father and respected member of the community. An elder (“mzee” in Swahili) is one who has the ability “to listen, keep secrets, and make decisions on behalf of the people in a manner reflecting consensus and serving the wellbeing of all.” In western societies the role of elder is usually replaced by professionals, but thankfully not always. On occasion Miller has been addressed as “mzee”.

There are other grassroots as opposed to top-down phenomena such as rural community inspired and owned development projects. Miller sums up the achievements of the Utooni Development Organization (UDO): over a 30-year time span UDO members have built over 750 sand dams in dry areas of Kenya, all of which still function.

Miller appears intentionally to stay away from the darker political and corrupt aspects of East Africa’s recent history, perhaps because such stories have been told by the news media. However, he does weigh in on Kenya’s December 2007 post-election violence and peace efforts. Two respected Kenyan groups, the Nairobi Peace Initiative–Africa and the Africa Peace Forum, were joined by experienced Kenyan peacemakers, along with retired Archbishop Desmond Tutu and former Secretary General of the United Nations, Kofi Annan. Together, these African peacemakers prevented Kenya from going down a hole of civil unrest and carnage, demonstrating that Africans themselves have the ability to solve many of Africa’s challenges.

For the theologian, Miller offers a somewhat serendipitous tale of a book by Teilhard de Chardin, the French Jesuit priest and paleontologist. Don Jacobs, long time mission worker and former Mennonite Bishop of Tanzania, had given Miller a copy of The Phenomenon of Man. Miller learned by coincidence that the presidents of Tanzania, Zambia and Senegal happened to read de Chardin’s book just months after Miller had finished reading his copy.

De Chardin’s ideas very likely influenced Mikhail Gorbachev’s thinking and policies following the collapse of the Soviet Union. For years de Chardin and the Russian scientist Vladimir Vernadsky had corresponded on co-creation and co-development. Miller sought out a copy of a speech Gorbachev gave at the United Nations in New York in December 1988 which included co-creation and co-development themes.

What de Chardin seeded was the idea that reality is much bigger than humans; that God and Christ are cosmic forces focused on far more than just human activity; and that big ideas are formed from the earth’s inorganic matter and eventually take shape in a human “collective consciousness enveloping the globe and extending beyond into the ether of the universe.”  In a lecture to an Edinburgh audience in 1988 entitled “Literature in a Country Without Mythology,” Canadian literary giant Robertson Davies examined the question of whether or not Canada had a mythology (read “collective consciousness”), and if so, what might that be?  It’s a good question, one which people all over the world could be asking of themselves.

Desmond Tutu (among others) has pointed out that there is a phenomenon known and practiced throughout sub-Saharan Africa called Ubuntu: “I am because we are.” Is this a thought, or is this “collective consciousness” born in African soil? Are Chardin’s ideas grafted onto Ubuntu?

Herr Hegel, you are wrong about Africa. Miller has aptly made this point throughout Encounters in Africa.

Harold, thanks for coming over the other evening. We eagerly await your next book’s arrival, Reflections in Africa.