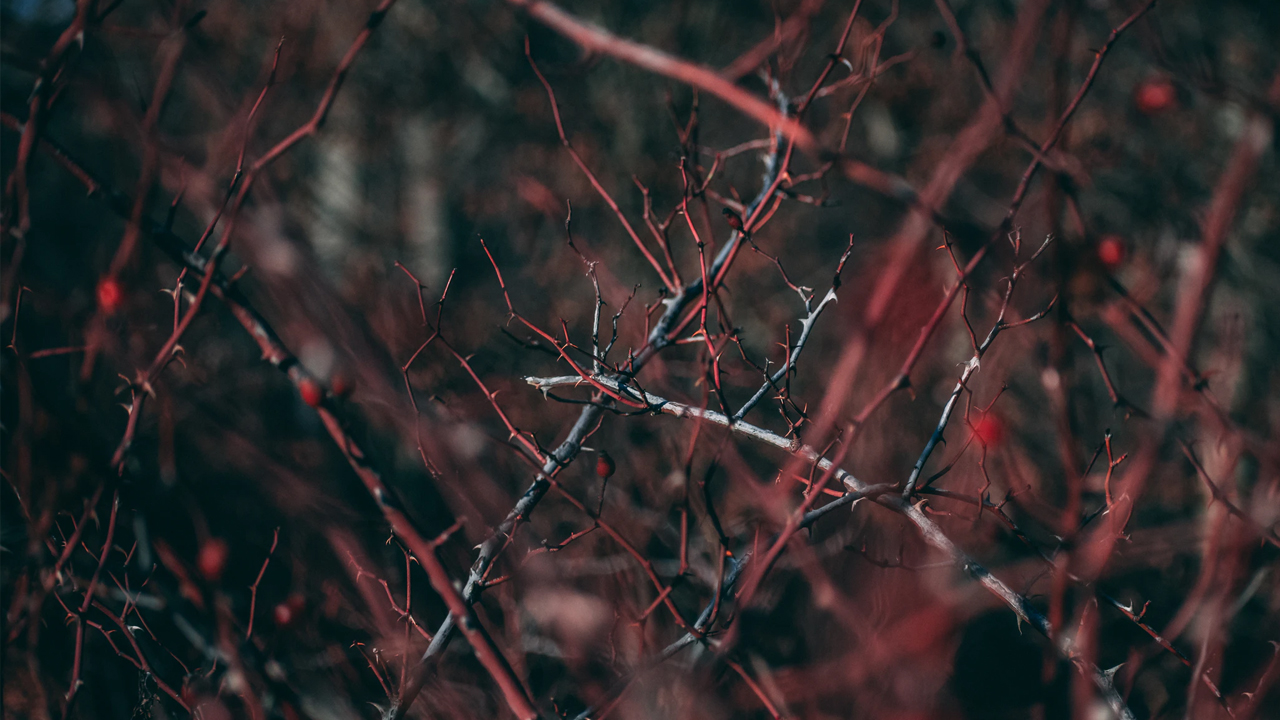 I have lots of weaknesses. Spiritual, emotional, physical, relational. Spending time in my garden, the weakness that’s on my mind is my knees. After multiple surgeries from too much soccer, my knees don’t let me do what I want to do. They are a weakness, a frustration — a thorn in my flesh, to borrow an image from the Apostle Paul: “To keep me from being too elated, a thorn was given to me in the flesh” (2 Corinthians 12:7).

We don’t know exactly what Paul was talking about. Biblical scholars have plenty of ideas, but all we can say with any certainty is that Paul has weaknesses — maybe physical, perhaps spiritual.

The point isn’t an investigation into the nature of Paul’s weakness but simply the fact that his own life, his own body — something about himself — gets in the way of what he wants to do. And it doesn’t interfere with just a hobby, like playing soccer, but something more like an existential commitment, something that matters, his purpose for life.
This weakness is a nagging irritation in his commitment to the gospel, an impediment to his work in organizing communities around the message of Jesus.

Part of him prevents another part of him from his full-throttled pursuit of doing the work he has been called to do. He can’t heal himself. He can’t set himself free. He can’t overpower his weakness. This isn’t a matter of self-improvement or behavior modification.

Paul recognizes that what he wants is beyond his grasp. He can’t just change his mind about what he wants, and he can’t get rid of what’s blocking him. He’s stuck with this thorn. He’s stuck with himself, with his weaknesses.
This doesn’t mean he’s going to give up — as if that’s possible, because, as I said, this is existential. This is not a matter of modifying what he wants, as if our psychologies were that simple, like flipping a switch in our heads.

Paul will continue to live according to the purposes God has given him. Because that calling is who he is. To follow this calling will lead him to confront his powerlessness — a stubborn reminder of the gap between what he can do and what he wants to make happen.

The Christian life, as Paul describes it, involves recognition of our weaknesses. This is not to say we should get over our disappointments and resign ourselves to accept the way things are. Or lower our expectations of what God can do.

We aren’t as convincing as we think we should be. We aren’t as effective as we’d like to be.

The Christian life, according to Paul, has everything to do with being willing to admit our weaknesses: to acknowledge them, to refuse to look away from them, to stop ourselves from blaming others as a distraction from the maddening fact that we also get in our own way, that we stumble over ourselves, that we’ve all got thorns in our flesh.

“I am content with weaknesses,” Paul says, “for whenever I am weak, then I am strong” (2 Corinthians 12:10). This strength comes from Christ, from the Christ who knows weakness, from the power of his spirit in our spirits.
That’s the crux of this passage. Our weaknesses become an opportunity to confess our need for others to offer us God’s grace. We depend on one another for the strength of Christ’s spirit.

All of us are wounded. All of us have weaknesses we try to hide — to protect ourselves, perhaps, or to safeguard the remnants of power we’ve worked so hard to acquire.

To admit weakness is to render ourselves vulnerable — which can feel like our undoing if we present ourselves as in control of our little corner of the world.

The Christian life involves a conviction that we depend on the grace each of us holds for the other. The church is a community where we we learn to boast, not in ourselves but in the grace of Christ’s presence when we share our lives together.