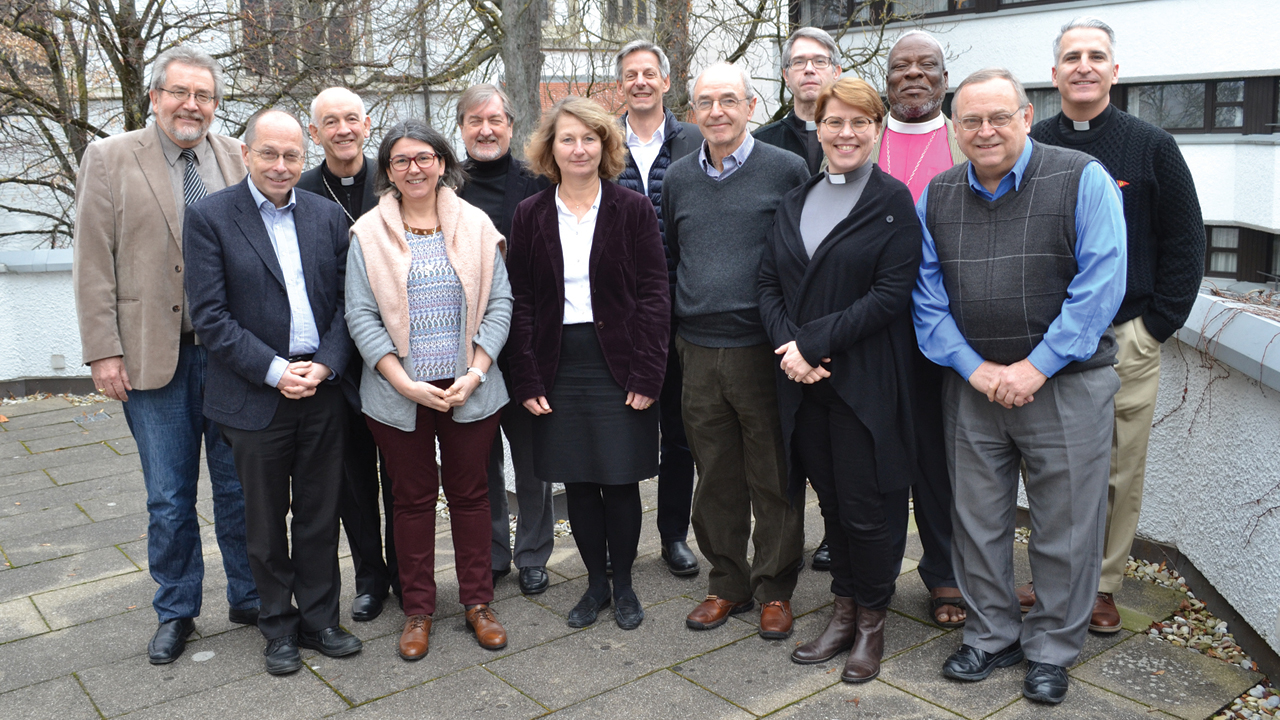 “Today these three churches agree that baptism is for discipleship,” said Larry Miller of France, one of six Mennonite World Conference delegation members. “It raises the question: Are there ways of acknowledging our different practices of baptism that grow the unity for which Jesus prayed?”

Representatives of the Catholic Church’s Pontifical Council for Promoting Christian Unity, the Lutheran World Federation and MWC met from 2012 to 2017.

The report, “Baptism and Incorporation into the Body of Christ, the Church,” summarizes the discussions on three fundamental themes:

— The relation of baptism to sin and grace.

— The celebration of baptism and the communication of grace and faith in the context of the Christian community.

— The living out of baptism in Christian discipleship.

“We believe this report will help our member churches to appreciate the harmony we find despite differences between Lutheran, Catholic and Mennonite communions — and to better understand our own convictions and practice of baptism,” said César García, MWC general secretary.

The report follows a Lutheran-Mennonite report, “Healing Memories,” which led to a service of reconciliation in 2010, and a Mennonite-Roman Catholic dialogue that resulted in “Called to Be Peacemakers Together.”

Miller said the dialogues taught him to “remember my baptism! Though they often baptize infants, both Cath­olics and Lutherans call upon the believer — sometimes every year — to ‘remember your baptism’ into a life of discipleship. . . . Could this be an example of the gifts these churches have to give to us?”

The 93-page document concludes with reflections on “Convictions held,” “Gifts received,” “Challenges accepted” and “For consideration.”

Under “Convictions held,” MWC states: “We believe that baptism on confession of faith is the norm in the New Testament and the apostolic church.”

Under “Gifts received,” MWC states: “Through the dialogue we have realized that many of our historic prejudices about Lutheran and Catholic understandings of baptism never were, or are no longer, true. We have seen that we share a Trinitarian and Christocentric faith and its expression in discipleship.”

Under “Challenges accepted,” MWC states: “We welcome the challenge this dialogue has brought us to more clearly see a commitment to the unity of the Body of Christ as integral to our sense of church and mission. . . . We recognize the pain that those traditions express when we baptize someone who has been baptized as an infant in their churches, which suggests to them that we consider their baptism invalid.”

Under “For consideration,” MWC proposes “Anabaptist-Mennonite churches consider receiving members from infant-baptism churches on the basis of their confession of faith and commitment to discipleship without repeating the water rite . . . [and calls for] collective and individual soul-searching as to why it has been so difficult for us to hold together the quest for purity and the quest for unity, among ourselves and with other churches.”