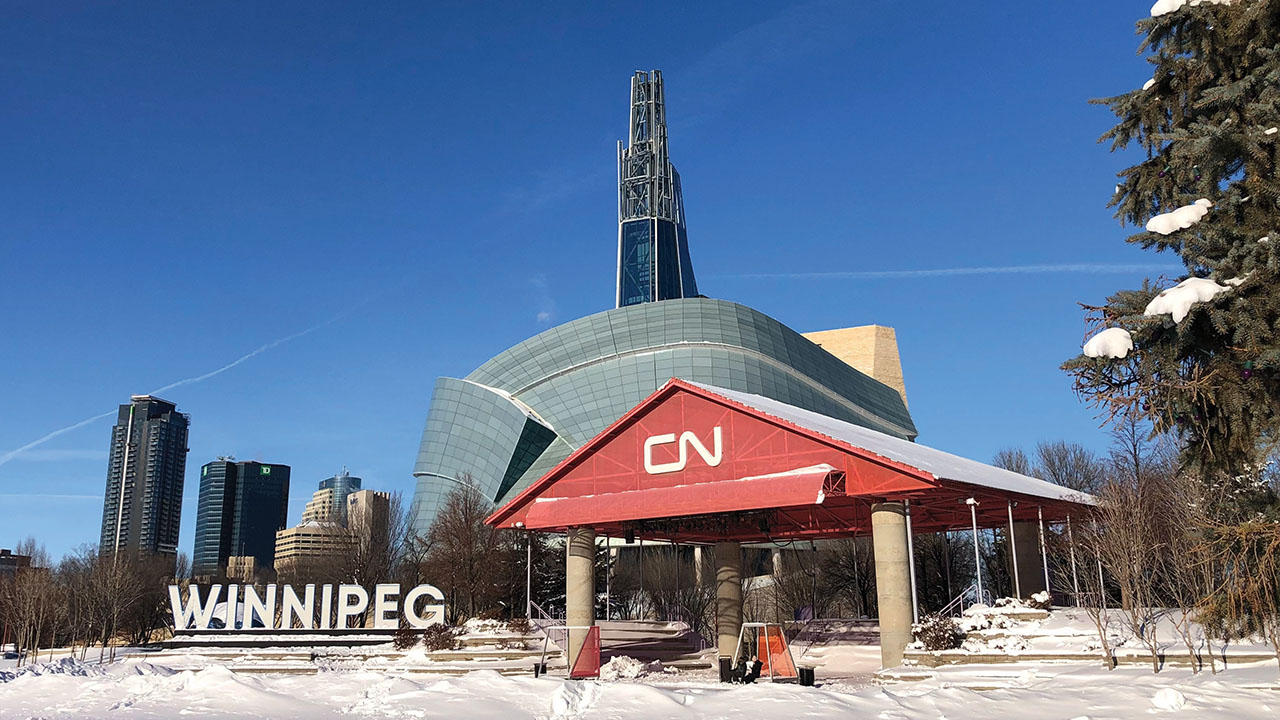 The Open Space meeting was held at the Canadian Museum for Human Rights in Winnipeg, Man. — John Longhurst

About 60 people from across Canada gathered Jan. 9-11 in Winnipeg, Man., to explore how the Canadian Conference of Mennonite Brethren Churches could include, welcome and affirm LGBTQ people.

The meeting was organized by four retired Canadian MB pastors and conference leaders — David Wiebe, former CCMBC executive director, and former pastors James Toews and Danny Unrau of British Columbia and John Unger of Manitoba — in response to a May 2021 decision by CCMBC leaders not to hold a national conversation about LGBTQ welcome and inclusion.

Titled “Open Space,” the gathering was held at the Canadian Museum for Human Rights.

Clergy and retired clergy, academics, students and other members of MB churches who have interest in the topic came to the invitation-only event.

To ensure a safe space for conversation, no national or provincial MB conference leaders were invited, organizers said. CCMBC leaders were informed about the event; they expressed disappointment but did not seek to stop it.

Open Space had no formal agenda beyond creating a safe space for a conversation. At the first session, participants were asked to identify topics they wanted to talk about and, at the end, asked to vote on what topics required further attention.

Organizers felt their goal was realized.

“The fact that about 60 people from five provinces came, most at their own expense, demonstrates how much the conversation was needed,” Unger said. “It was everything I hoped for.”

Wiebe said: “People were encouraged who needed encouragement, even if it was simply to be in the room with other like-minded people. The frequent mention of feeling safe and the personal disclosures by several were indicators of how sacred this time was for them.”

Toews said: “I was hoping that this would be a safe place for people who have not had safety within the MB family for many years. That hope was fully, fully met. That alone would have made the event worth the effort.”

He believes Open Space showed it was possible to talk about this “complex” topic and do it well.

For Unrau, the meeting was the Mennonite Brethren family “at its best,” with laughter and tears, “walking the winding road with Jesus.”

Organizers intend to debrief CCMBC leadership about the event, including asking for a moratorium on suspending churches that are exploring this topic. Three churches, two in Ontario and one in Manitoba, were suspended last year.

“By far that was the most urgent ‘to do’ that arose from the event,” Toews said. “Time will tell whether we can effectively make that appeal.”

One participant said the event “reignited my sense of hope for church and what it can be.”

Another compared it to “dropping a pebble in a pond — the ripples can’t be stopped. . . . It’s probably not about saving the institutional family but about being the church God calls us to be.”

In response to the gathering, CCMBC issued a statement: “While we were disappointed that the Open Space event was planned exclusively for those leaning toward an affirming posture — leaving out Mennonite Brethren with other perspectives — we welcome hearing from participants who believe they have a word from Jesus for our church. Our larger Mennonite Brethren family is responsible to test everything against Scripture, which we believe is Jesus’ primary way to communicate to us. We welcome input that could help us grow in God’s wisdom as we invite all marginalized individuals to Jesus, discipleship and inclusion within the body of Christ.”