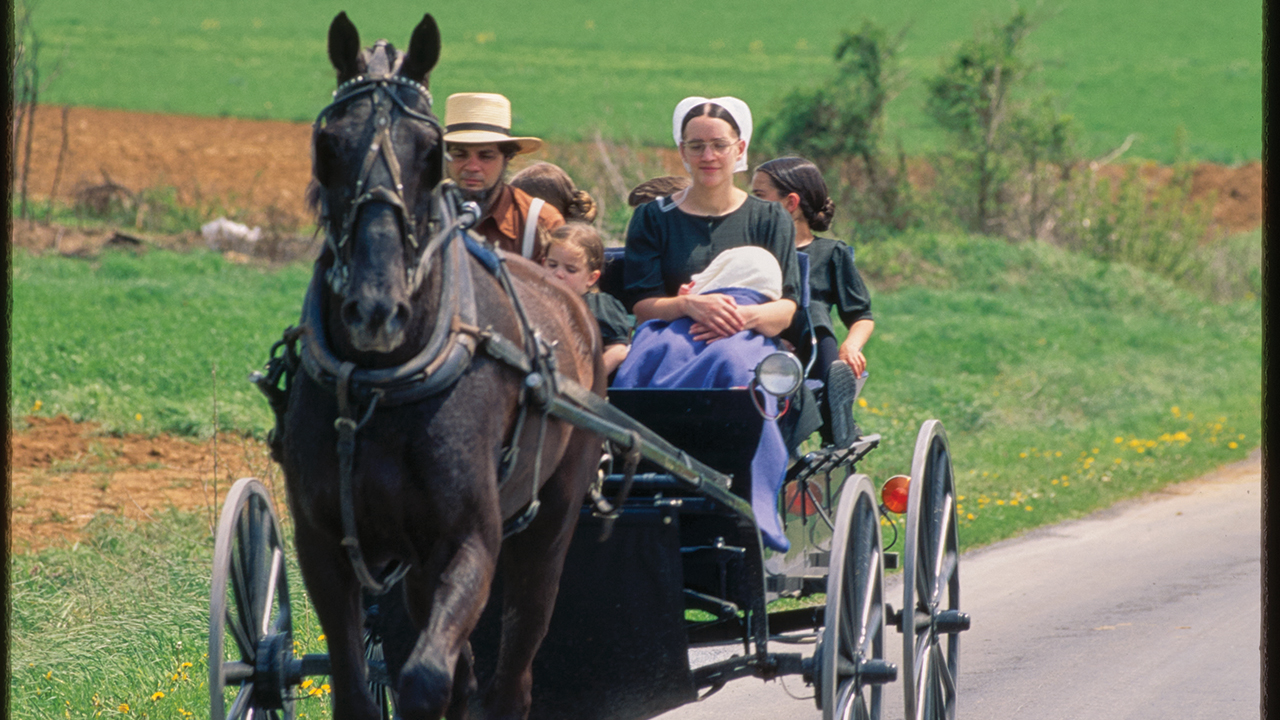 How would you answer this question? It might depend on what you think an important witness is and how we should bear witness.

Does witnessing — professing one’s faith — require intent? If witnessing means trying to set an example and hoping to influence others, the Amish surely are not doing this.

Persuasion isn’t their purpose. The Amish view evangelism as “just another expression of the arrogant attitude of modernity that sought to impose a privileged set of ideas on others,” wrote Donald B. Kraybill and Carl F. Bowman in On the Backroad to Heaven (Johns Hopkins, 2001).

But witnessing and attempting to persuade are not necessarily the same thing. Witnessing might not require intent. It might be something we do all the time: showing who we are by what we do, whether we mean to or not.

In that sense, the Amish do make an important witness every day. Just as each of us does.

Articles about the Amish lead the Oct. 14 edition of AW, our second annual Books Issue.

David Weaver-Zercher observes that the Amish position on the margins of American life leads the rest of us to consider our own choices and witness.

Rohadi Nagassar affirms the value of being marginal in When We Belong: Reclaiming Christianity on the Margins (in one of the issue’s short book reviews, not yet online). He advises: Don’t give up a piece of yourself just to fit in.

It’s like the slogan, “Keep (name of a city) weird.” Being different is a point of pride. Mainstream is boring.

How “weird” became good is a story of the shift from modern to postmodern thought.

The Amish are weird. This was not always a good thing.

A century ago, a lot of people thought the Amish might die out. They were archaic, backward, pitiable. But, over the decades, as the Amish grew and thrived, people began to romanticize their stubborn distinctiveness. Their reputation for virtue multiplied when they forgave the murderer of five Amish girls in a Nickel Mines, Pa., schoolhouse in 2006.

Yet, what’s idyllic to some feels imprisoning to others. That is how Saloma Miller Furlong experienced her Amish upbringing (in another short review). The shadow side of Amish life is real, too.

But credit their persistence: The Amish outlasted ­modernity. They never adopted the modern faith in progress nor the modern desire for universal truth claims. The latter might come as a surprise, considering their reputation for strict observance of tradition. But Kraybill and Bowman note that “most Old Orders make no assumption that theirs is the only way. . . . The Amish who would shun one of their own for installing electricity would never say a Mennonite neighbor who lights her home with electricity is dimming her prospects of eternal life.”

To the modern way of thinking, the Amish looked foolish for failing to keep up with progress. But “in the more tolerant climes of postmodernity” where “meaning is found in the tribal stories of particular peoples
. . . Old Orders now have a larger and more legitimate space in which to live with integrity,” Kraybill and Bowman write.

As the Amish garner acclaim for living with integrity on the margins, mainstream Anabaptists confront our own questions of relevance. We, too, try not to mirror the surrounding culture, but generally we are not peculiar enough to get noticed. On the positive side, people who appreciate our distinct traits can take our churches seriously as an option to belong.

Maybe we would be better witnesses if we were more like the Amish.

They don’t copy what is popular but embrace distinctiveness.

They take a gentle approach, not as self-promoters but as caring servants.

We could modify the survey question and turn it back on ourselves: Do we provide an important Christian witness in postmodern society? Maybe we need to catch up with the Amish.