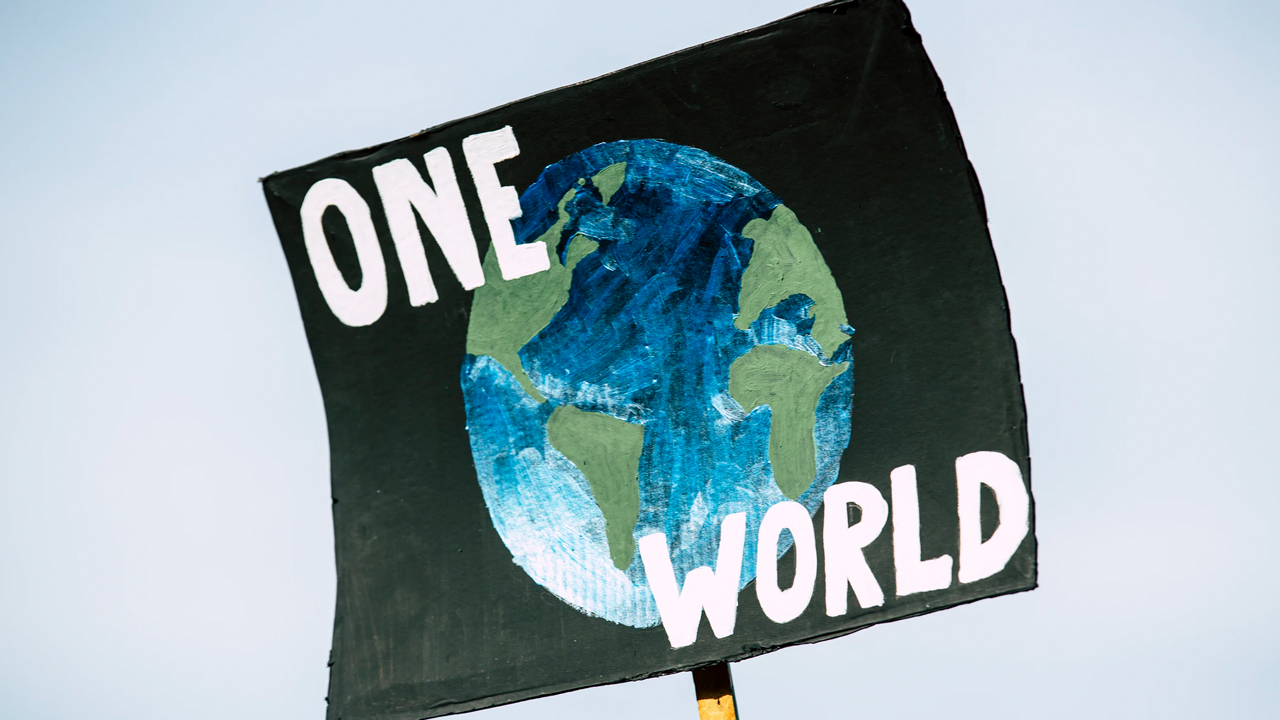 In January I was privileged to be invited to the Anabaptist collaboration on climate change, hosted by the Center for Sustainable Climate Solutions at Eastern Mennonite University (AW, March 4). A central purpose was to identify how people, groups and institutions across the church can collaborate in acting on climate change. As a member of the Dismantling the Doctrine of Discovery Coalition and as an Indigenous woman, I was glad to be asked to participate.

What does Anabaptism have to do with climate change? Two basic tenets of my faith motivate me to be involved in the climate justice movement.

The first is the peace witness expressed in Jesus’ ministry. An important part of peacemaking for me is seeking right relationship. This is especially evident in my work with the coalition in seeking to balance power with Indigenous peoples, who are disproportionately impacted by environmental injustice and climate change. The disproportionate siting of polluting infrastructure, such as mines and pipelines, in Indigenous communities, and Indigenous peoples’ reliance on traditional practices of hunting, fishing and gathering in areas where land, water and wildlife are polluted, cause Indigenous peoples to bear the cost of the privileged lifestyle the dominant culture enjoys.

Climate change has a disproportionate impact on Indigenous and vulnerable communities across the globe. The United Nations Department of Economic and Social Affairs states, “Indigenous peoples are among the first to face the direct consequences of climate change, due to their dependence upon and close relationship with the environment and its resources. Climate change exacerbates the difficulties already faced by Indigenous communities, including political and economic marginalization, loss of land and resources, human rights violations, discrimination and unemployment.”

Right relationship, or relationship with balanced power, embodies shalom. Shalom is more than the absence of discord. It is wholeness, health and safety. Balancing power in relationships where privilege divides us from the most vulnerable is a key part of the peace witness for me. We seek peace as we seek justice.

The “Christian Stewardship” article in the Confession of Faith in a Mennonite Perspective, used by Mennonite Church USA and Mennonite Church Canada, states: “As stewards of God’s earth, we are called to care for the earth and to bring rest and renewal to the land and everything that lives on it.”

The second tenet of Anabaptism that motivates me to participate in the movement for climate justice is simple living. Simple living is a concrete way to live out our peace witness.

Overconsumption is destroying Earth’s life-support systems — the systems that provide us breathable air, potable water and arable soil. While the vulnerable are the first affected, we are all impacted.

In her influential 1976 cookbook, More with Less — subtitled “Suggestions by Mennonites on how to eat better and consume less of the world’s limited food resources” — Doris Janzen Long­acre laid out a vision of reducing consumption in North America to share vital resources with those facing food shortages in the developing world.

While I have relied on More with Less in my kitchen over the years, I have only recently tuned in to Long­acre’s call to Mennonites to live our values in the most practical way I can think of: choosing how and what we eat.

Longacre challenges the core assumptions of privilege and entitlement in North American culture. She writes, “As Christians dealing with human hurts, we have to remind ourselves again and again that we are not called to be successful but to be faithful.”

How might we extend Longacre’s vision to our energy consumption? I am thankful to the Center for Climate Solutions for encouraging us to discern together how we might seek and live out Christ’s peace in the movement for climate justice.