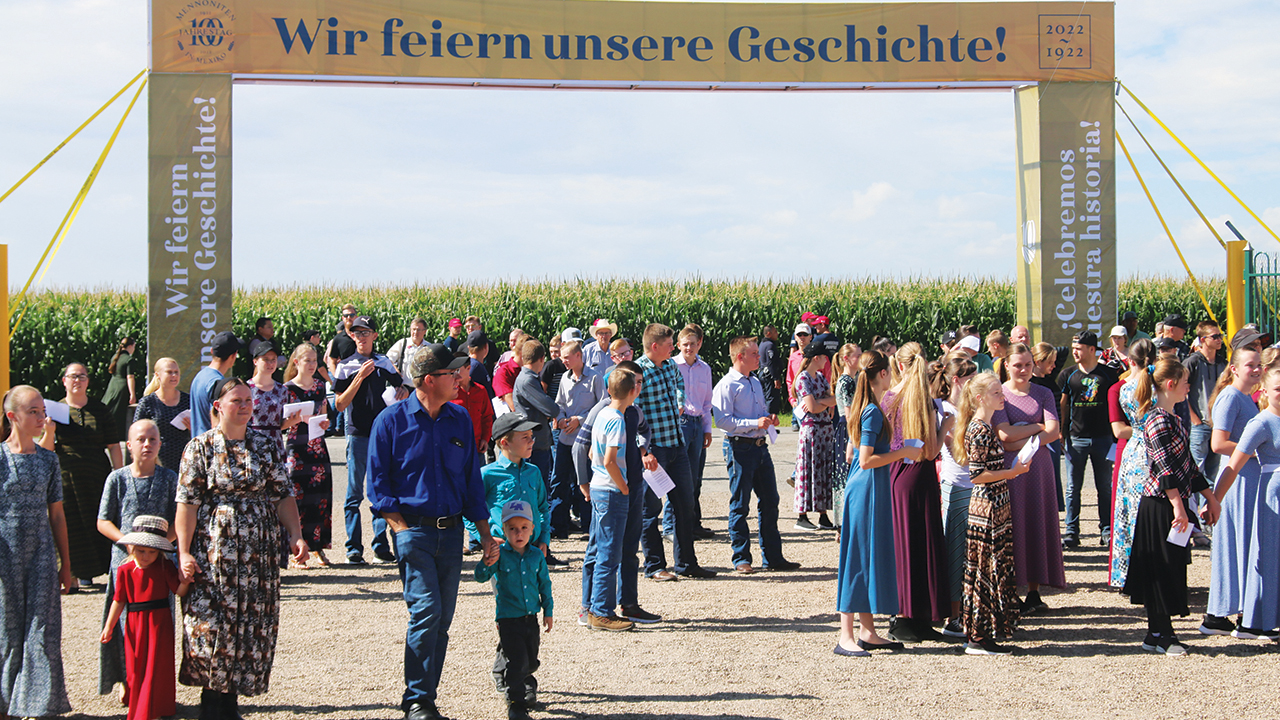 People from Mexico and around the world attended festivities celebrating the centennial of the first Mennonite colonies in Mexico under a banner that declared, “We celebrate our history!” — Die Mennonitische Post

Centennial celebrations marking the arrival of Mennonite immigrants in Mexico were held Aug. 10-14 in ­Cuauhtémoc. Conservative Mennonites left Canada to start the Manitoba and Swift Current colonies in 1922.

More than 35,000 people — most from Anabaptist circles in Bolivia, Argentina, Paraguay, Belize, Colombia, Germany, Canada and the United States — took part in events in Spanish and German focused on the colonies’ history and present activities.

The massive granary in Campo #19 hosted the biggest gatherings, where a tent was erected with room for a few thousand people. Superintendents Wilhelm Fehr of Manitoba Colony and Johan Fehr of Swift Current Colony shared about what the centennial means to the colonies, and representatives of local government departments brought greetings.

A two-hour parade demonstrated machines and devices used in the colonies over the past century. Displays in exhibit halls showed off arts and crafts and also publicized the work of dozens of social institutions that serve people in need.

The celebrations coincided with the release of a 20-peso coin by the Bank of Mexico commemorating the arrival of Mennonite immigrants.