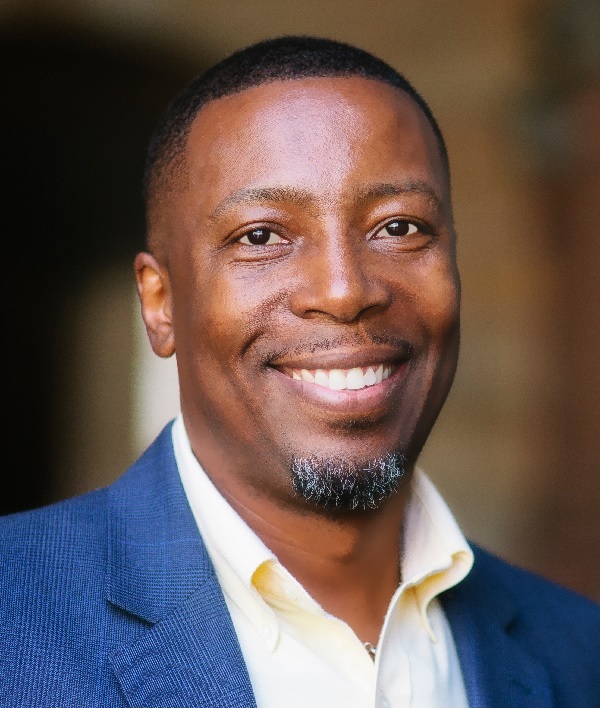 This article comes from the April issue of The Mennonite, which focuses on technology & faith. Read more reflections online or subscribe to receive more original features in your inbox each month.

First came the pagers in the 1990s. I heard them occasionally beep during the Sunday service. Although they were annoying, I still wished I had one. To a young adult like me, it symbolized status. It meant someone was looking for you. However, this self-induced perception was shattered when I discovered that drug dealers were using them in their operations. Before I could think about the implications of this issue, the pager was eclipsed by the rise of the mobile phone in the early 2000s. From there, it seems like overnight, we went from privileged professionals with mobile phones to terrorist bombings detonated by mobile phones to 8-year-olds playing Minecraft on smartphones.

Has anyone paid attention to how fast this happened?

If you think technology has no impact on spiritual formation, you are mistaken. The Bible consistently warns us about where we fix our gaze and how we direct our desires. From the golden calf in the Old Testament to Jesus’ temptation in the wilderness, where we focus our inclinations tells others what is important to us. As Christians, our focus should be on Jesus and the Spirit he promised us.

Spiritual discernment, practices and contemplation are seen throughout the Bible. There are the Old Testament prophets who received the word of the LORD. There is Anna the prophetess, who worshiped at the Temple day and night, fasting and praying (Luke 2:37). Jesus discerned Satan’s motives and responded with Scripture (Matthew 4), and the Apostle Paul tells us to examine everything carefully (1 Thessalonians 5:21-22). The more ascetic monastic orders that developed later sought to live away from the world and see their calling as a vocation devoted to God. With our abundant leisure time and media stimuli, we have more distractions than ancient peoples faced. This can draw us away from the rich oasis of experiencing God and increasingly into a digital desert of distractions. Many of them are coming through technology.

So what is technology?

The late material scientist William David Kingery defines technology as “the purposeful production and use of tools and methods for manipulating and controlling the world around us.” It makes sense that we immediately think of information and communication technologies (ICTS) that are ubiquitous in our culture. But according to his definition, various forms of technology appear in the Bible.

For example, according to Exodus 25:10-22, God gave Moses specific instructions on how to build the Ark of the Covenant. It was to be treated as a sacred object that only the priests carried and that housed the 10 Commandments. God provided a larger noble purpose for the ark, which helped the Israelites appreciate the technology (production and function) used to bring the ark into existence. But they dared not worship the ark or the technology. (Unfortunately, Israel engaged in idolatry in a variety of ways in the Old Testament.)

But today, being able to engineer our future individually has encouraged us to place a great deal of faith in technology. As our reliance on technology grows, says MIT professor Sherry Turkle, we will expect less from each other. If this happens, it follows that we will expect less from God. After all, God has made it possible for us to see his image in other people. What happens when we treat people like objects? What if we choose artificial interaction over a flesh-and-blood image bearer as a way of life? If Jesus had taken this approach, he could have sent a simple text message with a heart emoji saying, “God loves you” instead of dying on the cross. As we expect less from God, our solutions to complex problems are in danger of becoming anemic and self-serving.

Lurking beneath our commitment to innovation is what I call the god of progress. G.K. Chesterton says we assume society is progressing because technology is progressing. I wonder if Europeans felt this way after the latest military technology decimated their countries in World War II. As technology makes us more autonomous and, in some cases, more dangerous, deeper spiritual questions go unanswered.

Most of us utilize technology to make our lives simpler and more entertaining. Does this encourage us to be Spirit-filled followers of God? Sometimes, yes. My wife and I use Google Hangouts once a week to call our son, who is away at college. He enjoys staying connected to us and his siblings. We pray with him at the end of every call, but we don’t dare assume our virtual connection is enough to deepen our relationship with him. Technology can give us a false sense of security, which means we stop actively discerning God’s will. We pray for him and his friends even when we do not talk to him. As his father, I call weekly to listen and pray with him. This approach has deepened our relationship and, in turn, has set examples for him as he builds new relationships.

So I believe technology can be used for good if we are aware of its effects. As a graphic designer and freelance brand consultant, I have worked around it for more than 20 years. I create on the computer and use the internet for research. I have taught college classes on media, technology and their influence. I also train nonprofits and businesses on the best way to rebrand and market themselves. The late media theorist Marshall McLuhan figured that technology can shape us. He coined the phrase “the medium is the message.”

Here are a few ways the use of technology is impairing society’s ability to make good judgments:

Spectacle: Doxing involves finding someone’s private information (address, phone number) on the Internet and broadcasting it publicly. This is employed via social media during very contentious discussions. People have received death threats because of this practice. Is there such a thing as privacy anymore, even for those we disagree with?
Convenience: Some people believe viewing a Christian program or Sunday service on television is the same as being in Christian community. So if we watch Communion on TV, is that the same as participating in it?

Comfort: Social media encourages us to be armchair activists by signing a petition with one click. How does this quick-click attitude affect our ability to discuss and participate in movements that need sustained participation in real time?

Pleasure: When a human is in danger, we are becoming accustomed to seeing ourselves as citizen voyeurs (recording the event) rather than caring citizens (intervening in the event). For example, a man drowned because five teens would rather record him with their smartphones struggling for life than help him. How is technology being used to validate our unhealthy gaze?

These four human pursuits aided by technology are also contributing to a society that is becoming more narcissistic.

The parable of the sower in Matthew 13 speaks to this issue. Jesus quotes Isaiah 6:9-10 to compare the hardened hearts during prophet Isaiah’s time to the people of his day. His parables were meant to spur the humble to deeper reflection, yet conceal the truth from the spiritually lazy. The dullness in verse 15 is a form of self-absorption that leads us away from discernment. For example, does our identity in Christ take precedence over our real and virtual identities (ethnic, cultural, economic) or vice versa? Are we concerned about the gun violence near where we live, or do we only care when it’s a national event? Do we develop our Christian witness from entertainment or from spending time with Jesus, Christian community and the crowds? Does social media inform our politics or vice versa? All truth is God’s truth, but careful discernment means testing what is placed before us and listening for God’s Spirit to reveal what’s true or good. At the same time, discernment is not a recipe for endless contemplation or impulsive reactions. It is a measured response prompted by God’s Spirit.

I have committed myself to planting seeds of hope in the digital desert where I live and praying for a harvest. I occasionally utilize technology to do this. But more and more, I’m leaving it behind because it distracts me and those I encounter. Martin Luther King Jr. also saw the limits of technology. In 1964, he delivered a lecture, “The Quest for Peace and Justice,” in Norway the day after receiving the Nobel Peace Prize. As he talked about finding ways to build a healthy global community, he also said this:

“There is a sort of poverty of the spirit [that] stands in glaring contrast to our scientific and technological abundance. The richer we have become materially, the poorer we have become morally and spiritually.”

This poverty of spirit thrives in the digital desert. My response is to practice being open to the opportunities the Lord provides outside my door instead of scrolling through Facebook. After all, we may live in a time plagued by a lack of discernment, but so did Jesus. All we need is that one seed to fall on good soil. And guess what? There is no app for that.

Ron Tinsley is creative director for Mennonite Church USA and a member of Oxford Circle Mennonite Church in Philadelphia. He hopes the book he wants to write on faith and technology sees the light of day. You can view his design work at prophetiksoul.com.