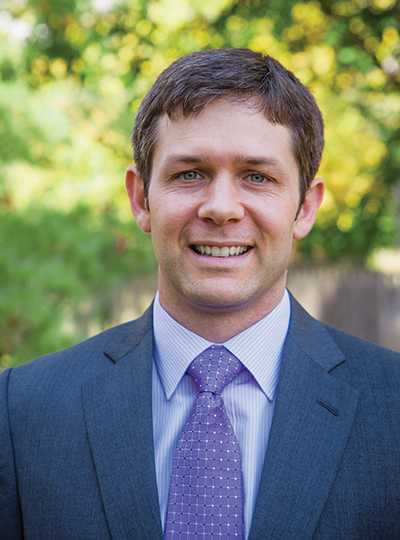 Mennonite World Conference membership grew by almost a third in the past decade, from 1.3 million in 2003 to nearly 1.8 million today. There are more Anabaptists in Africa than in North America, more in Latin America than in Europe. Meanwhile, membership in Mennonite Church USA continues to drop. Over the past dozen years, we have lost nearly 1 in 5 of our members

All authority in heaven and on earth has been given to me. Go therefore and make disciples of all nations.—Jesus

It’s time for us to invest at least as much energy in making disciples next door as we do around the world.

Clearly we have some work to do.

But what if our next-door neighbors—or even our own children—don’t want to be discipled? What if they find laughable the claim that Jesus is Lord or inconceivable the way of life he invites us to live? How do we disciple the disinterested?

Perhaps the place to start is with building a bridge of trust. Many people today distrust Christians and the church, and rightly so. Too many of us look too little like Jesus.

According to Dave Kinnaman and Gabe Lyons in their book UnChristian (Baker, 2007) a majority of non-Christians view Christianity as too political, old-fashioned, hypocritical, judgmental and anti-homosexual.

What if rather than defending ourselves when criticized, we simply said, “I’m sorry”? Or imagine if we all refused to argue with or avoid our antagonists and committed ourselves to bless and pray for them instead.

A second way to draw people to discipleship is to live a life that evokes curiosity. Not everyone is as closed to Jesus and the church as statistics indicate. Our uncommon actions and attitudes can pique their interest.

Evoking curiosity used to be easy when Mennonites wore distinctive dress. But how often has distinctive dress pointed people to the Lord? External identity markers tend to isolate us in a Christian subculture rather than invite thoughtful questions about who we are and why.

As assimilated Mennonites, we have the opportunity to be different in the things that matter.

A while back, when our next-door neighbor’s father passed away, Laura, my wife, and I did what anyone at our church would have done for us. We asked them if we could bring them a meal. “Sure,” they said, looking both surprised and touched. “That would be great.” We set a date, and Laura baked chicken and pumpkin pie. For weeks afterward, they thanked us for that small gesture of care.

A third way to relate to those who have been inoculated against the gospel is to ask questions rather than rush to give answers. And by questions, I don’t mean, “If you die tonight, where will you spend eternity?”

I’m referring to the kinds of questions Jesus himself asked. The Gospels record at least 25 times when people ask Jesus direct questions requiring a simple answer. He only gives straight answers to four. The other 21? Jesus responds with questions of his own, such as:

Genuine questions can disarm people and activate conversations of the heart.

While serving in Colombia as mission workers some years ago, we met a man named Pachito at church one evening. It was his first time there since childhood. Not realizing what I was getting into, I invited him to come by our house any time he wanted to talk.

To my surprise, the next evening we heard a knock at our gate. It was Pachito. His first words were, “Does God really speak to people?”

“Let’s go for a walk,” I said. I asked him to share what was on his mind. He spoke of his love of art and music, of his memories attending church as a boy. Eventually, he opened up about his struggles with substance abuse and unhealthy, unfaithful relationships.

I felt prompted to say, “You may have been unfaithful, but God has never stopped being faithful. He can change your life if you’re willing to let him. But it won’t be easy.”

A year later, I joined the local pastor, Jaime Guevara, in baptizing Pachito.

Here’s a modest proposal for witness in our increasingly post-Christian culture. Let’s treat our non-Christian neighbors the way we do our brothers and sisters in Christ.

Aaron Kauffman is president of Virginia Mennonite Missions. This column appeared in the October print issue of The Mennonite.