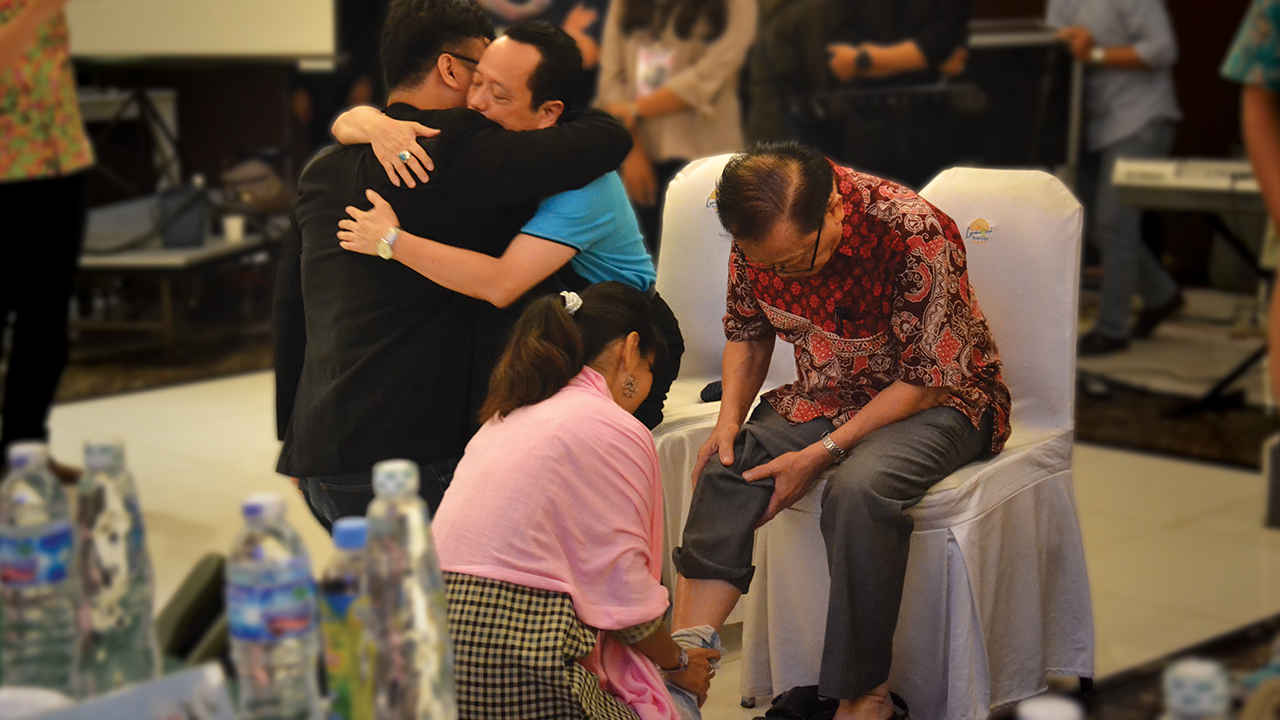 Indonesian Anabaptists participate in a footwashing ceremony in Salatiga in 2017. — Mennonite World Conference

Hours before his execution, Jesus gives his disciples a new commandment: Love one another. He shows them how to do this in the simple but profound act of washing each other’s feet.

John’s Gospel is the only one that tells of this event, as part of Jesus’ farewell discourse before his death, recorded in John 13-17. It serves as an example not just of servanthood but of something greater: friendship. Jesus’ footwashing symbolizes the radical nature of belonging in the community of friends he is creating.

Footwashing has long been important to Anabaptists. Dirk Philips, a leader who worked closely with Menno Simons in the Netherlands in the 1530s, wrote the longest early Anabaptist reflection on footwashing. He describes it as an inner and outer experience — a symbol of Jesus’ inner cleansing from sin and an outward posture of humble service. According to Philips, footwashing honors “the companions of our faith” and symbolizes Jesus’ saving work.

Many Mennonite communities observe this ritual as an ordinance — a symbol the church practices to witness to God’s love and the life of Jesus. When I attended Oxford Circle Mennonite Church in Philadelphia, footwashing was a memorable and sacred moment. Adults and children alike, regardless of whether they were baptized, were invited to participate.

The ritual called to mind my childhood memories of gathering with women for footwashing. At Parkesburg Mennonite Church in southeastern Pennsylvania, I watched older women peel off their long stockings, baring their legs only for this sacred ritual. I can still see and feel that experience — the appearance of someone’s skin and toenails, how high the water splashes around the foot, feeling when the partner’s feet are dry.

Footwashing can create a profound sense of belonging, especially for young people. It is a sacred act of participation in God’s love and friendship with one another and Christ.

While footwashing symbolizes servanthood, Jesus moves beyond the relationship of master and servant. He tells the disciples, “I do not call you servants any longer, . . . but I have called you friends, because I have made known to you everything that I have heard from my Father” (John 15:15).

Washing one another’s feet — putting all on equal footing, so to speak — illustrates Jesus’ command of mutual love. Friendship bridges distance between people, rather than reinforcing the distance, as a servant-master relationship does. While service keeps someone in the position of “other,” friendship is more radical and transformative because the other becomes an equal.

Christian communities, especially Mennonites, have often found the idea of a servant leader compelling. We have lifted up the servant image from John 13. We have interpreted Jesus’ act of washing his disciples’ feet as the ultimate act of servant leadership, setting an example for all Christian leaders. While there is much to learn from Jesus’ servant act, Jesus says friendship is greater.

In Jesus’ day, the philosophical ideal of friendship was well known. Plato and Aristotle, the ancient Greek philosophers who lived four centuries earlier, believed only equals could be true friends. In other words, true friendship could only happen to two free, wealthy men. For everyone else, friendship was always clouded by one person needing something from the other.

But in the early communities of Jesus’ followers, people reached across social boundaries to live together in friendship, embracing each another as equals. They took their cues from their Savior and Lord.

Jesus modeled equality that crossed boundaries of gender. He entrusted not his 11 male disciples with the first news of his resurrection but his female friends — Mary Magdalene; Joanna; Mary, the mother of James; Salome — affirming these women as equals in spreading his good news.

Servanthood would not have been a liberating message for these women, nor is it for everyone today. The servant-leader ideal is especially problematic for people of color, women and differently abled people. Throughout Jesus’ ministry, we see him bringing people from the edges of their social world into the center of his community as friends.

Love seeks to make equals, not to keep someone in a position of serving or being served. As we participate in the ritual of footwashing in this Holy Week, let us remember Jesus not only served but extended the hand of friendship to his disciples. May we also love one another into such a radical community of friends. 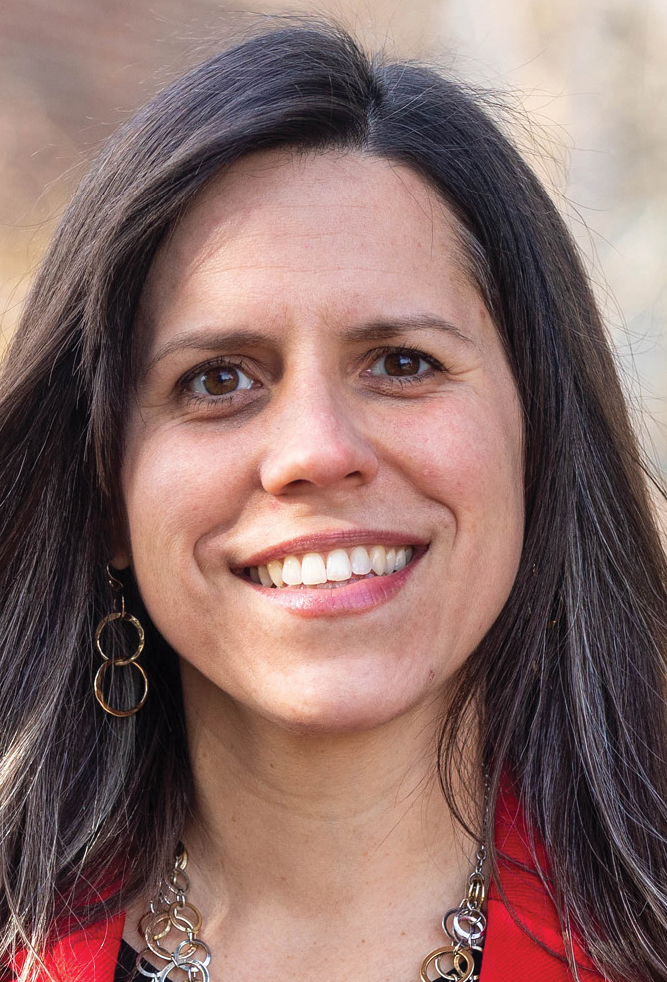